The Weather Network forecast a return to more typical winter weather this year across much of the country in the 2016/17 season, in sharp contrast with the “exceptionally mild season” of 2015/16.

Though some will experience above-normal temperatures this season, many parts of the country that saw a lack of sustained winter weather last year will endure more frequent storms and bouts of arctic air in 2016/17, according to The Weather Network’s 2016/17 Winter Forecast. 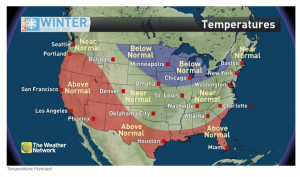 Below-normal temperatures are expected to dominate this winter across the north-central U.S., including the Great Lakes and upper Midwest. With last year’s El Nino giving way to a weak La Nina event, The Weather Network expects opportunities for “frequent shots of arctic air into the middle of the country, some of which may bring extended periods of bitter cold.”

A more progressive pattern overall is expected this season. Periodic breaks in the cold will lead to an occasional thaw. However, on the whole, below-normal temperatures for the season are expected for cities like Minneapolis, Chicago and Detroit.

The forecast calls for a return of more typical winter weather from the east coast down through the Ohio Valley and into the heartland. The Weather Network stated, “Frigid temperatures may be more persistent across the north, but a large swath of the country east of the Rockies will be susceptible to waves of arctic air this season.”

Across the middle of the country, arctic air from the north is expected to be offset by a milder southerly flow. This will contribute to an active winter storm season, but also lead to frequent back-and-forth temperature swings this season.

Cities across the country that saw mild weather last winter will see more persistent periods of cold this year, leading to overall temperatures near normal for the season. This includes the major northeastern metros of Boston, New York and Washington D.C., as well as cities across the lower Midwest and South such as St. Louis, Oklahoma City, Nashville and Atlanta.

Warmer-than-normal conditions should dominate for parts of the Carolinas, Georgia and the Gulf Coast. Aided by warm water temperatures and a favorable jet stream pattern, the southern coastal regions of the U.S., including Charleston, New Orleans and Houston, are expected to see a dry and mild pattern, though on occasion strong fronts will lead to periods of below-normal cold for the deep south.

The most persistent warmth to be found this winter will be out West, where a ridge of high pressure is expected to sustain the influence of mild Pacific air. This will bring above-normal temperatures to places like Los Angeles, San Francisco, Salt Lake City and Phoenix.

Meanwhile, some of the country’s most drought-stricken regions in the south aren’t expected to benefit from precipitation. 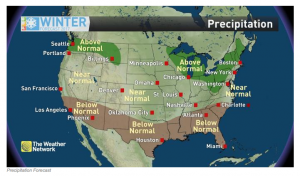 An energetic and variable storm track is expected across the northern tier of the U.S. this winter. This will be driven by an amplified jet stream pattern, with frequent intrusions of arctic air from the north battling against milder conditions entrenched in the south. An abundance of storm systems should produce near-normal precipitation across a broad swath of the country, including much of the Plains, lower Midwest, and Mid-Atlantic coast.

Coupled with the expected temperature swings, a wide variety of storm tracks also means a wide range of precipitation types will accompany this year’s storms. For any given city along a storm’s path, that could mean rain, snow, ice or all of the above.

East of the Rockies, the territory most likely to see above-normal precipitation this winter is the Great Lakes and northern New England. Numerous storm systems are expected in those regions  and with cold air in place, that means abundant snowfall. This will be particularly true in the lake effect snowbelts, where warmer-than-normal waters should keep the lakes active deep into the season.

In the West, the storm season got off to an early start this year, with frequent systems and a nearly constant stream of Pacific moisture impacting the Northwest through the fall. This active pattern will continue through the winter, bringing overall precipitation totals to above normal in what is already the climatological rainy/snowy season for this region.

Near-normal snowfall is expected for much of the Mountain West this year, particularly the northern ranges. This should be good news for the ski industry, despite the warmer-than-normal pattern, according to The Weather Network.

Unfortunately, this pattern offers little good news for Southern California, which will likely see a continuation of extreme drought conditions into 2017, according to The Weather Network. In fact, a dry winter is likely across the entire southern tier of the country, including the Southeast, which has seen its own drought problems deepen in recent weeks. The driest territory in Mississippi, Alabama, Georgia and eastern Tennessee is likely to see rainfall totals lag even further behind average in the months ahead. 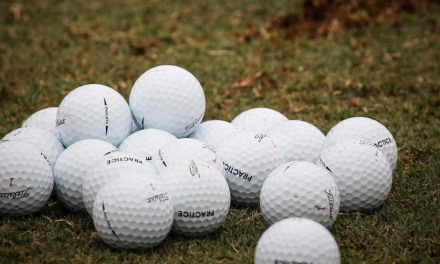