Big 5 Sporting Goods Corp. reported a strong 2019, marked by a comp gain and its strongest margin performance in more than 10 years. However, inclement winter weather has led to a poor start to 2020.

On a conference call with analysts, CEO Steve Miller said the retailer was already facing “very challenging comparisons” in the first quarter against “highly favorable” winter conditions that lifted sales in the year-ago first quarter.

“Although this year began with solid winter weather conditions in our geography, unfortunately, the conditions turned highly unfavorable over the course of the quarter, particularly in our key California market,” said Miller.

For instance, Mammoth Mountain, one of the primary ski destinations in the chain’s market, has received just 14 inches of snowfall quarter-to-date compared to more than 24 feet of snowfall during the comparable period last year. Other California resorts have seen similar snowfall disparities.

Said Miller, “Our winter business really began to soften in mid-January and even more so in February with our sales of winter-related products down over 50 percent for the month. Consequently, sales of winter-related products, which last year accounted for over 30 percent of sales in January and February, are currently running down over 30 percent for the quarter to date.”

Said Miller, “Given the huge impact winter has had on traffic and sales over the start to the quarter, it’s difficult to get a true read on the underlying trends of our business. Although certain aspects of our non-winter related categories are performing well, it does appear that we may be experiencing some general softness in our business which we believe could be a function of the overall macro environment.”

Miller said over the balance of the quarter, sales comparisons will ease and sales are expected to improve as the mix transitions to spring selling. Added Miller, “A bright spot during this difficult seasonal period has been the continued strength of our merchandise margin. Despite headwinds from decreased sales of high margin winter products, our overall merchandise margins are up approximately 75 basis points for the quarter to date as we continue to benefit from the strategies that drove margin expansion over the second half of 2019.”

The rough start to 2020 put a damper on what was otherwise a strong fourth quarter and year for Big 5.

Said Miller, “2019 was a strong year of growth at Big 5 Sporting Goods, with positive same-store sales, healthy merchandise margin expansion and sound expense management. We produced a year with meaningful enhancement of our net income including year-over-year earnings growth each quarter of the year.”

The latest earnings include an after-tax charge of $300,000, or 2 cents, for asset impairment. Excluding this charge, fourth-quarter earnings were 4 cents per share, at the high-end of the company’s previously issued EPS guidance range of 2 cents to 4 cents per share provided on January 16.

Prior to the updated guidance, Big 5 had expected a loss per share in the range of 4 cents to 16 cents a share. The year-ago period included non-recurring charges amounting to 9 cents a share.

A low single-digit decrease in customer transactions in the quarter was largely offset by a low single-digit increase in average sale prices. The quarter benefited from strong sales of winter-related products driven by favorable winter weather during the key Thanksgiving and Christmas weeks.

Among categories, Apparel performed the best, up mid-single-digits, primarily driven by demand for seasonal winter products. Footwear was up low-single-digits and the Hard Goods category was down mid-single-digits in part due to continued softness in sales of ammunition in California due to regulatory changes effective since July.

Gross margins in the quarter improved to 31.6 percent versus 28.5 percent in the fourth quarter of the prior year. The improved gross margins largely reflect an increase in merchandise margins of 239 basis points and higher distribution costs capitalized into inventory for the quarter.

Said Miller, “Our merchandise margin expansion for the fourth quarter and for the full-year each mark our strongest margin performance of any fourth quarter and full-year in more than 10 years. Key drivers of our margin gains have been favorable product mix shift, opportunistic buys and the successful impact of our ongoing strategic efforts to optimize pricing and promotion.”

S&A expense, as a percentage of sales, was flat versus the prior year at 30.9 percent. Overall S&A expense for the quarter decreased $700,000 from the prior year primarily due to lower print advertising expenses and contract termination charges in the prior year. This was partially offset by higher employee labor and benefit-related expenses.

Inventories at the quarter’s end were $309.3 million, up 4.9 percent. On a per store basis, merchandise inventory was up 5.9 percent versus the prior year. The year-over-year increase partly reflects a decision to accelerate certain inventory orders in an effort to mitigate potential tariff-related price increases.

Year-over-year inventory comparisons are expected to improve over the course of the first quarter as inventory purchases are adjusted. However, seasonal winter inventory carryover is expected to be greater this year than last year due to poor winter product sell-throughs. Said Barry Emerson, CFO, on the call, “We have managed through seasonal inventory carryovers of this magnitude in the past, and we will buy around it and reintroduce this winter product next season with little markdown risk.”

Capital expenditures for 2020 are expected to range between $11 million to $15 million with investments planned on in-store remodels, new stores, as well as a distribution center and IT systems upgrades.

Big 5 opened a new store in Bishop, CA in the quarter and relocated a store in Pittsburg, CA. The retailer ended the quarter with 434 stores. During the first quarter, three stores were closed and no new stores have opened. For the full-year, Big 5 anticipates opening five stores and closing five.

Addressing the potential impact from the coronavirus outbreak, Miller said many of the chain’s products are produced overseas and some disruption in its supply chain over the coming months is expected. Added Miller, “At this point, however, it is too early to quantify the degree of the impact. We’re working closely with our suppliers in an effort to mitigate any supply chain issues that we might encounter.”

Miller concluded, “While we are pleased to deliver solid fiscal 2019 results, we’re clearly disappointed with the start to 2020. The challenges in the current quarter illustrate the volatile impact of weather conditions that can happen to our business. We look forward to easing comps and hopefully more normalized weather. Our team is working hard to build on the success we had last year by improving sales trends and generating healthy margins and is always prudently managing our cost structure.” 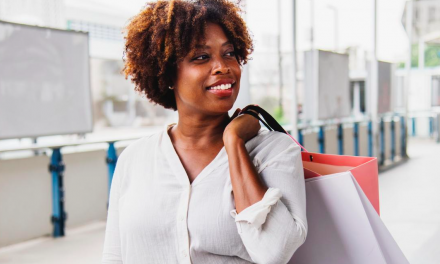 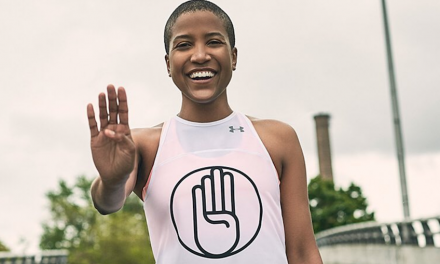 Under Armour Emphasizing Activation Over Acquisition