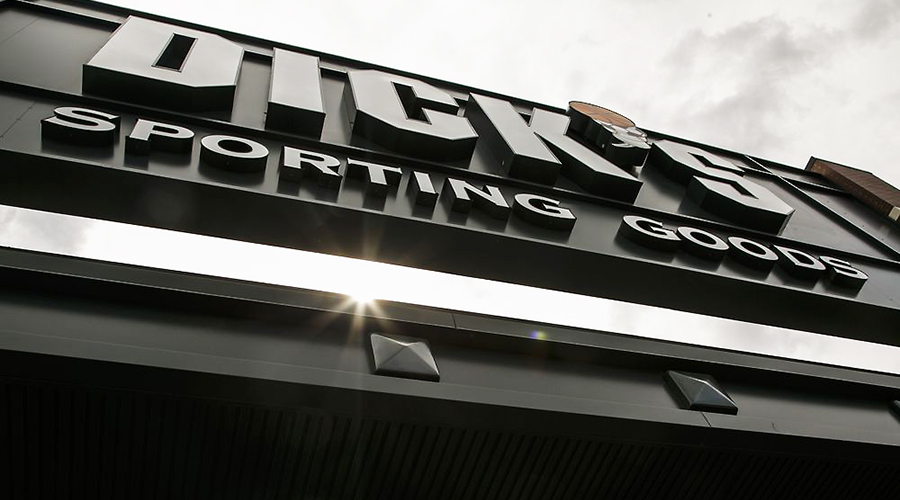 A host of analysts lifted their price targets on Dick’s Sporting Goods after the retailer’s first-quarter report showed online sales accelerating during the pandemic and many stores comping positively as they’ve reopened. Insights from Goldman Sachs, Stifel, Susquehanna, Morgan Stanley and Cowen.

Among the highlights of Dick’s Q120 report:

Susquehanna Financial Group reiterated its “Positive” rating on Dick’s while hiking its price target to $48 from $31.

“We remain confident that DKS will be the sole surviving national sporting goods retailer in the U.S. post the crisis,” wrote analyst Sam Poser in a note. “DKS is reaping the benefits from heavy investment in its omnichannel capabilities over the past several years, enabling the company to be extremely flexible and nimble in the way it serves customers. This flexibility has been evident during the crisis when selling through the B&M (brick & mortar) channel has not been an option.”

The flexibility was evident in Dick’s pivot to leverage e-commerce and implement curbside pickup to help relieve some of the pressure from store closures. E-commerce sales, including curbside pickup, were up 110 percent in the quarter, including 210 percent year-over-year after Dick’s closed its stores in mid-March. In the first four weeks of the second quarter, online sales were up more than 250 percent. Curbside accounted for 40 percent of Q120 online sales “and continues to be a major tailwind for the e-commerce business.”

Susquehanna now forecasts Dick’s e-commerce revenues could reach $2.4 billion this year, up from approximately $1.4 billion in 2019. Poser expects Dick’s will be able to hold on to many of the new customers shopping its online site during the pandemic.

Susquehanna’s note also called out Dick’s progress in working down inventory levels as well as its “fortress balance sheet.” One headwind might be some “fleeting” pent-up demand due to the pandemic, but Poser says Dick’s has a “structural advantage” that will help it versus the competition in the long run.

Morgan Stanley reiterated its “Equal-Weight” rating and lifted its price target to $40.

“We believe DKS will increase its competitive advantage vs. peers as a result of COVID-19,” wrote Simeon Gutman in a note. “Combined with a healthy balance sheet and improving omnichannel efficiency, we think the stock deserves a more premium valuation vs. the past.”

The analyst noted possible headwinds limits visibility into near-term earnings, “potentially setting up a challenging event path for the stock.”

In his bull case scenario, Gutman said Dick’s has been considered a stock that could “breakout” given its leadership position, capable management and healthy balance sheet. Investor concerns over significant omnichannel investments, margin pressures and “no clear signs of margin stabilization,” however, has kept the stock in the range of $30 to $40, according to Gutman. The analyst added, “Looking out over the next twelve months, there may be a greater chance DKS finally breaks out of this range; its core health and fitness related products offering is in demand, smaller and less capitalized competitors may struggle in this environment, the introduction and early success of its curbside fulfillment is improving e-commerce efficiency and it may be able to remove expenses from its base post-COVID-19. Together, all of these things could support earnings growth in the near-to medium-term vs. declines each year since 2016.”

In the bear case scenario, Gutman said DKS “is more vulnerable” than many other retailers he covers to COVID-19 related disruption. He said it’s unknown how much of Dick’s strength in May was stimulus-driven. Social-distancing measures in the second half could negatively impact back-to-school, team sports and licensing sales. Finally, Gutman  said Dick’s gross margin decline of 1,300 in Q1 was the steepest in his coverage and some pressure will likely continue with the shift to e-commerce, related occupancy leverage and an “expected higher promotional intensity in the industry as retailers aim to clear inventory.”

Stifel kept its “Hold” rating on Dick’s and raised its price target to $34 from $26.

On the positive side, Stifel’s lead analyst Jim Duffy in a note called out Dick’s progress on e-commerce and inventory clearance. The reports of positive comps at stores that have reopened also show a “consumer willingness to return to stores.” Margin pressures and the team sports category were cited as concerns.

“QTD results have exceeded expectations and category strength has added breadth to include higher-margin categories,” wrote Duffy. “While the durability of pandemic/social distancing related categories is unclear, these categories can help bridge sales until traditional categories like team sports and school-related items revive. We are raising estimates for revenue and gross margin reflecting consumer demand, full-price selling, and opportunistic buys. With $1.9bn liquidity, DKS is well-positioned for share gains as business normalizes.”

Cowen reiterated its “Market Perform” rating on Dick’s and lifted its price target to $36 from $21.

“We underestimated DKS ability to gain share during COVID related shutdowns and strength upon re-opening,” wrote Cowen’s lead analyst John Kernan. “Uncertainty remains regarding the margin structure of the business in e-commerce and sales that shift to curbside versus in-store.”

Kernan noted that curbside pickup sales increased more than 1000 percent versus BOPIS (buy online, in-store pickup) last year and “is not slowing down in stores that are reopened.” Among categories, he said fitness, footwear, apparel and golf were identified as stronger areas as Dick’s sales regained momentum in May. He wrote, “Private label is strong in Women’s with Calia and DSG representing the second and third largest brands in the category – a negative read for UAA And Adidas.”

Cowen predicts same-store sales will recover to flat to up 2 percent in the second quarter. It expects Dick’s EBIT margin to contract 130 basis points in Q2 and decline 341 basis points for the year.

Goldman Sachs reiterated its “Buy” rating on Dick’s and raised its price target to $40 from $31.

“DKS is seeing better trends across categories with apparel and footwear both improving (a big part of the business was more fitness driven when the pandemic first hit) and golf/outdoor also doing well,” wrote McShane in a note. “There is still a near-term risk to comps (e.g. team sports demand; recessionary environment; potential pull forward) but we continue to have a positive outlook for DKS longer-term (competitive positioning within athletic/sporting goods, improvements in the store experience, and access to major brands/resurgent categories like fitness).” 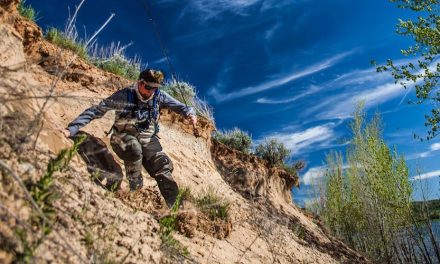 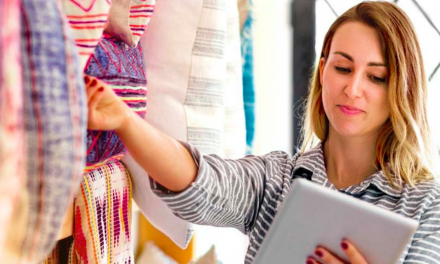 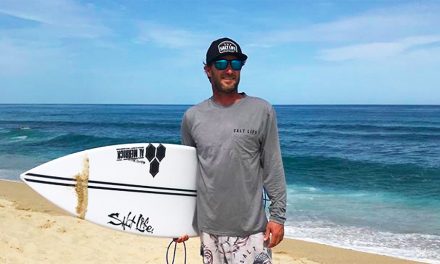