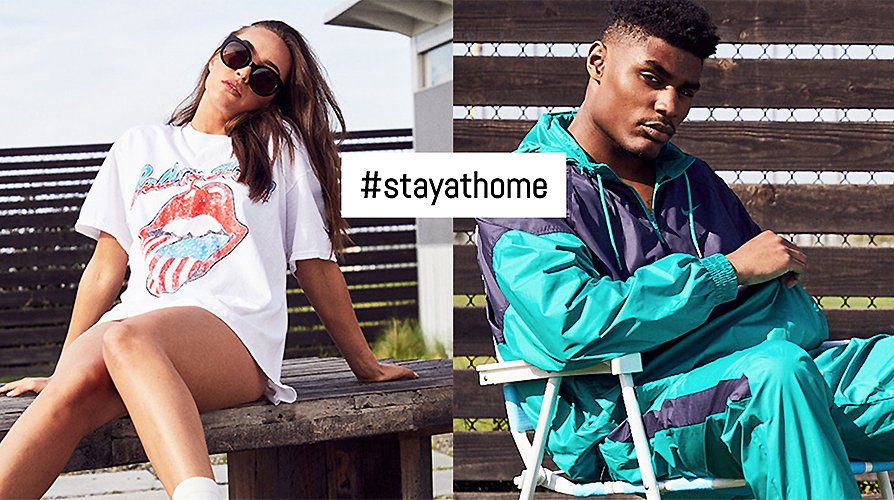 Tilly’s Inc. played every card in their hand to reduce cash burn in the fiscal first quarter ended May 2, including closing stores and its distribution center, holding back store rent payments, canceling orders, cutting executive pay, furloughing employees, and tapping into its revolver, but the closure of all stores in their 239-door portfolio since March 18 was too much to overcome in the period.

Net sales from physical stores for the first quarter of fiscal 2020 were $47.0 million, a decrease of 57.5 percent compared to $110.6 million for the first quarter of fiscal 2019. Net sales from stores represented 60.8 percent of total net sales for the quarter compared to 84.9 percent of total net sales last year. Comp sales in stores were up 1 percent in February, down 23 percent during the period from March 1 through March 18 when all doors were closed.

President and CEO Edmond Thomas said in a conference call with analysts that e-commerce responded “very well” with a 54.2 percent increase in net sales for the first quarter, accelerating significantly following its store closures. E-commerce net sales increased 9.6 percent in February, surged 49.3 percent in March and jumped 90 percent in April. Still, as Thomas pointed out, the increases in e-commerce sales were not nearly enough to make up for the loss of store sales in the back-half of the quarter.

Thomas said on the call that the company had elected to withhold payment of its contractual store lease obligation for April and May, given that “we could not safely operate our stores as originally intended when the respective leases were signed, and we did not know when our stores would be able to reopen.” Tilly’s also shifted its corporate offices to a work-from-home status.

The current quarter will get a little boost as the action sports retailer started to re-open doors on May 15. Tilly’s now has 160 stores, or 67 percent of its portfolio, back up and running. The range of comp sales results by store for the second quarter was said to be “very wide, ranging from a decrease of 91 percent to an increase of 160 percent with 78 stores comping positive and 73 stores comping negative.”

“The stores that we have been able to reopen, we have paid June rent,” said Thomas. “We intend to continue to work with our landlords to attempt to find an acceptable solutions to address the impacts of the pandemic on our respective businesses. We view these solutions as critical to our long-term well-being of the business as they have a direct impact upon the preservation of our liquidity in this uncertain environment, which in turn impacts our landlords.”

He said the normal cash burn for all of the contractual store lease obligations is nearly $7 million per month, and the company have reached compromises with a small number of landlords but cannot predict with certainty what solutions will be acceptable to other landlords, if anything at all, to help reduce the retailer’s cash lease cost while stores remain closed or where sales activity remains significantly below prior-year levels upon reopening.

“At this time, we believe the most likely outcome is that we will have to pay these withheld rents sooner or later, although we do not believe that the payment deferral alone is an acceptable long term answer for us,” Thomas suggested.

Thomas indicated on the call that the success of the reopenings has been uneven geographically, with reopened stores in California and Arizona described as “surprisingly good,” while reopening stores in Florida and Texas have been “very weak.”

The retailer had nine signed new store leases before the pandemic hit, but it is “seeking to defer all new store openings into 2021 given the current market conditions.”

Tilly’s also canceled or deferred substantially all orders for new inventory receipts from April through June and “significantly reduced future on order for the remainder of fiscal 2020.”

In other areas affected by the COVID-19 shutdown, the retailer furloughed approximately 91 percent of its employees following the closure of all stores in mid-March. Tilly’s corporate management agreed to take a temporary pay cut on a graduated scale according to annual salary ranging from 10 percent to 50 percent. Executive Chairman Hezy Shaked, in his capacity as an employee, and the independent members of its Board of Directors elected to forego the entirety of their respective cash compensation until the business “substantially resumes.”

Thomas reported that the company’s weekly cash burn from employee compensation was reduced to approximately 24 percent of normal, resulting in a weekly savings of approximately $1.4 million per week since the first week of April compared to normal levels while stores remained closed.

Tilly’s posted an operating loss of $28.4 million in Q1, or 36.7 percent of net sales, compared to operating income of $0.1 million or 0.1 percent of net sales last year. This decline in operating results was directly attributable to the impact of the COVID-19 pandemic resulting in the closure of all of our retail stores on March 18.

The net loss was $17.4 million, or 59 cents per share, in the first quarter, compared to net income of $0.7 million or 2 cents per diluted share, in fiscal Q1 last year.

Tilly’s ended the quarter with total cash and marketable securities worth $113.9 million, including $23.7 million borrowed under its revolving credit facility and approximately $15 million of withheld store lease payments.