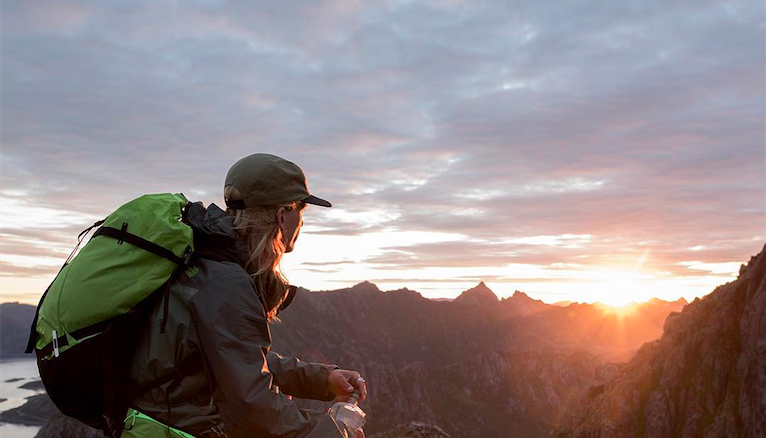 International growth rates in Europe and Asia are projected to nearly double, driven by China. The strengthening of the industrial sector is expected to accelerate workwear sales. Building on a 21 percent gain in e-commerce globally in the fourth quarter, VF will “meaningfully invest in digital as part of our global focus on direct-to-consumer (DTC), and we will amplify our investments in the design of products to enrich the consumer brand experience,” Rendle stated.

Having slowed down its acquisition pace in recent years and even exited some past ones, Rendle stressed that the company remains “committed to being an active brand portfolio manager, and we will continue to focus on M&A to create value.”

“That being said,” he added, “we will be disciplined and we will not take action simply for the sake of taking action. And, of course, the quality of our talent matters. We will leverage VF’s deep bench of global talent by placing proven leaders in the right jobs, at the right time, in the right place.”

Rendle takes over from Eric Wiseman after VF comes off a particularly challenging year, marked by pronounced weakness in its wholesale segment in its U.S. due to a number of bankruptcies. Compounded by warm weather in October and November, The North Face suffered a 30 percent decline in wholesale sales in the fourth quarter in the Americas region although the extent of the decline was partly due to a decision to keep the brand out of off-price channels. Vans also took North Face’s spot as the company’s largest brand.

A casualty of the tough year is Lucy. VF took an $80 million pre-tax impairment charge to wind down the women’s fitness brand in 2017. With international making up 38 percent of total VF sales, VF also continues to have its comparisons impacted by foreign currency headwinds.

VF closed the year by reporting fourth-quarter revenues were fell just short of plan. While in line Wall Street targets, earnings were down.

With sales expected to many challenged and ongoing investments in strategic growth priorities, including digital and stores, demand and product creation, and innovation, VF officials also delivered a conservative outlook for the current year.

“It’s clear that the pace of change in both our industry and the broader consumer landscape is happening at an accelerated rate,” said Rendle. “As we look ahead to 2017 and beyond, we will be an agile and consumer-centric organization. We will embed more of our value creating capabilities directly adjacent to our brands, while supporting cross-enterprise efforts with the right balance of brand-based and centralized teams and resources.”

Beyond the charge to write-down Lucy, the quarter was impacted by $58 million of pre-tax restructuring charges as it realigns its cost structure to achieve efficiency, speed and agility, as well as a $51 million pre-tax pension settlement that reduced its pension liability. Adjusted to exclude non-recurring items, earnings per share for the quarter increased 3 percent to 97 cents a share, matching Wall Street’s consensus estimate of 97 cents. Excluding the impact of changes in foreign currency, adjusted ESP would have been up 8 percent.

Revenues slipped 0.2 percent to $3.32 billion while gaining 1 percent on a currency-neutral basis, driven by strength in its international and DTC platforms, and Vans. Wall Street on average was expecting $3.44 billion.

In the Outdoor & Action Sports coalition, sales increased 1.6 percent to $2.13 billion and gained 2 percent on a currency-neutral basis.

Operating profits were down 0.2 percent to $384.8 million but would have increased 8 percent on a currency-neutral basis. Restructuring activities in the latest period included to reposition the Lucy brand were $17.4 million in the period. On an adjusted basis, operating income increased 4 percent to $402 million. Changes in foreign currency negatively impacted both reported and adjusted operating profit growth by approximately 8 percentage points.

For the full year, revenues in the Outdoor & Action Sports coalition improved 1.8 percent to $7.53 billion and gained 2 percent on a currency-neutral basis. Operating income was down 3.2 percent to $1.23 billion but improved 3 percent on a currency-neutral basis. Full year adjusted operating income decreased 2 percent. Changes in foreign currency negatively affected full year profit growth on both a reported and an adjusted basis by approximately 7 percentage points.

The highlight among VF’S brands was Vans, which saw revenue for the quarter jump 14 percent (up 15 percent currency neutral).
In the Americas, Vans grew 17 percent, including more than 20 percent growth in D2C and low single-digit growth in wholesale. D2C comps were up at a high-teen rate, including 40 percent growth in e-commerce.

“Looking at product, our All Weather MTE collection, which is designed for the elements and leverages Vans as a four-season brand, doubled its revenue compared with last year,” said Rendle. “And Vans upgraded custom footwear platform, which allows consumers to create their own unique Vans shoes through patterns, colors and the ability to upload their own art, is off to a strong start.”

In Europe, Vans returned to growth during the quarter following inventory challenges earlier in the year with low single-digit growth. DTC saw 20 percent revenue growth while wholesale declined at a mid single-digit rate. A strong increase was seen in its iconic silhouettes, and a Toy Story collaboration sold well. Asia grew more than 25 percent, also finding success with the Toy Story collaboration as well as strong e-commerce sales in China.

In 2016, Vans revenues were up 6 percent (up 7 percent currency neutral) to reach $2.3 billion. In 2017, Vans is expected to increase sales at a low double-digit rate, driven by a high single-digit increase in both the Americas and Europe, and up high teens in Asia.

The North Face Sees Low-Double Declines In Americas
Fourth quarter revenue for The North Face brand was down 8 percent (down 7 percent currency neutral) driven by the strategic decision to reduce sales to the off-price channel and the impact of bankruptcies in North America. A mid-teen increase in D2C, offset by more than a 20 percent decline in wholesale. Excluding the inventory clean-ups and bankruptcies, North Face would have increased at a low single-digit rate and overall achieved “a significant improvement in the quality of sales,” said Rendle.

In the Americas, revenue was down at a low double-digit rate during the quarter, with a low double-digit D2C growth, offset by a 30 percent decline in wholesale in the Americas region, mostly due to the inventory actions and the impact of bankruptcies. Rendle noted that like some other brands, the fall/winter season got off to a slow start in October and November for The North Face with performance improving in December “and that trend has continued into January.”

Addressing the Lucy charge, Rendle said Lucy will wind down operations over the course of 2017 and be positioned in The North Face brand as part of the Mountain Athletics collection.

“Lucy has developed tremendous customer loyalty by delivering exceptional product in a very attractive consumer segment,” said Rendle. “However, brand awareness is low, the trademark is limited to North America, and the performance has been uneven over the last few years. We believe the combination of Lucy’s strong product portfolio with The North Face’s brand awareness and distribution network is just the right catalyst to accelerate our TNF Mountain Athletics growth rate over the next several years. It’s a great example of our One VF approach to active portfolio management.”

In Europe, The North Face grew at a high-teen rate, driven by an almost 30 percent increase in DTC and a low double-digit increase in its wholesale business. The brand has benefited from a reset initiated in 2015 and those learnings will be applied to accelerate growth in the Americas.

In Asia, North Face was down at a mid single-digit rate, impacted by a “highly promotional” climate in China, said Karl Heinz Salzburger, VF’s group president, international. He added, “We are consolidating our retail partners, more aggressively managing inventory in the marketplace, and elevating our distribution in the region. While this shift will cause early 2017 performance to be relatively flat, we expect strong momentum to return in the second half of 2017.”

For the full year, revenue for The North Face brand declined 2 percent (down 1 percent currency neutral) to $2.3 billion. Excluding the inventory actions and the impact of bankruptcies, North Face was up at a low single-digit rate. For 2017, revenue is expected to expand in the mid single-digit range, up mid-teens in Europe, and a mid single-digit increase in the Americas and Asia.

Timberland Slowed By Mild Fall
Timberland brand revenue was up 4 percent in the quarter (up 5 percent currency neutral). Revenue in the Americas increased at a low single-digit rate, including a low double-digit increase in its D2C business, which was partially offset by a low single-digit decline in wholesale.

“Similar to The North Face, our core brand business was impacted by a slow start to the season, excess inventory in the marketplace, bankruptcies and overall retailer caution,” said Rendle. “We were pleased to see momentum in our D2C business in Q4, our biggest quarter of the year, highlighted by continued traction with our new SensorFlex platform and limited release programs. Timberland PRO increased at a high single-digit rate, as we saw improvement in the industrial sector.”

Imagewear Boosted By Chicago Cubs Win
In its Imagewear coalition, which includes its work brands and Majestic Athletic, fourth quarter revenue increased 15 percent to $298 million. The Licensed Sports Group (LSG) more than 20 percent increase with the help of the Chicago Cubs World Series win while a mid single-digit increase was seen in the workwear business. For the full year, revenue for Imagewear was up 2 percent to $1.1 billion.

Sportswear fourth quarter revenue declined 17 percent to $162 million including a 20 percent decrease in Nautica brand revenue and a 2 percent decline in the Kipling brand’s North American business. For the full year, Sportswear coalition revenue was down 16 percent to $536 million.