VF Back On Path To Growth 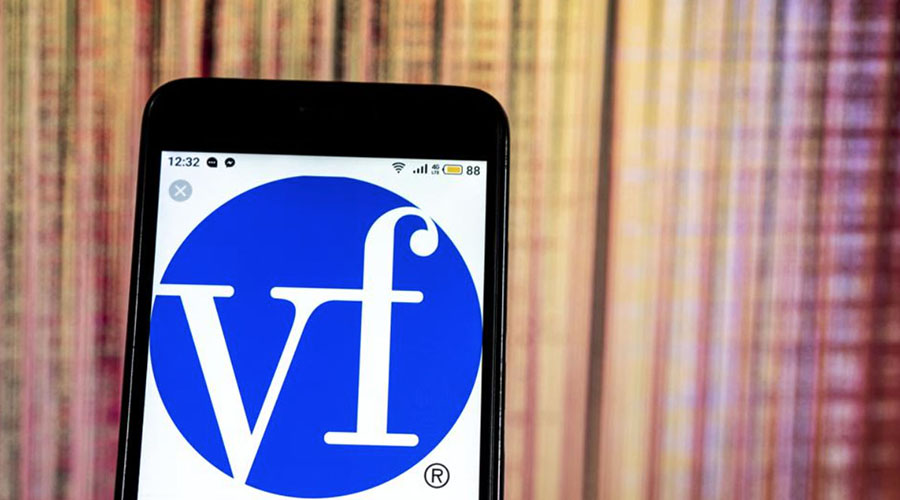 VF Corp. said currency-neutral growth of 42 percent in e-commerce and 19 percent in mainland China helped drive earnings and sales ahead of internal and Wall Street’s expectations in the second quarter ended September 26. The sequential improvement was predicted for the holiday quarter followed by the return to growth in its March quarter.

“We’re pleased with the stabilization and early recovery we’re beginning to see across the entirety of our business,” said Steve Rendle, chairman, president and CEO, on a conference call with analysts. The company also raised its dividend for the 48th consecutive year as a sign of confidence in the business and became the first company in the lifestyle space to reinstate full-year guidance.

Scott Roe, CFO and EVP, said the quarter benefited from VF’s steps in the early days of the pandemic to strengthen liquidity, manage costs and tightly control inventories.

“Our financial and operational discipline has provided VF with the ability to continue to invest in consumer engagement and product newness throughout this crisis while rolling out critical omni channel capabilities ahead of the fall holiday season.” Roe said.

In the quarter, revenue decreased 18.0 percent (down 19 percent in constant dollars) to $2.61 billion, driven by store closures and lower consumer demand as a result of COVID-19 and related government actions and regulations. Wall Street’s consensus estimate had been $2.49 billion. VF had expected sales to be down less than 25 percent.

SG&A expenses were down 14.4 percent as a result of cost-control efforts but increased as a percent of sales to 38.6 from 36.9 percent due to sales deleverage.

Operating income on a reported basis was $320 million, down 41.7 percent from $548.6 million a year ago. On an adjusted basis, operating income was $342 million.

Vans’ Revenues Down 10 Percent
By segment, sales in Active, led by Vans in the quarter, were down 14.9 percent to $1.2 billion a year ago and declined 16 percent on a currency-neutral basis. Operating earnings slumped 33.3 percent to $259.1 million a year ago. The Active segment includes Eagle Creek, Eastpak, JanSport, Kipling, Napapijri, and Vans.

By region, sales for Vans on a currency-neutral basis declined 17 percent in the Americas region, was flat in EMEA and grew 4 percent in APAC. In the Americas, wholesale sales were up 10 percent, DTC sales were down 31 percent and DTC digital ran up more than 60 percent.

The North Face suffered a decline a 25 percent (26 percent in constant dollars) due to declines in its fall orders booked and lower brick & mortar store traffic across regions. Wholesale sales were down 28 percent. DTC sales were off 14 percent including DTC Digital growth of 42 percent (40 percent currency-neutral). The North Face saw relative strength from its Mountain Lifestyle range and saw its collaboration with Gucci help build brand heat.

By region, sales for The North Face on a currency-neutral basis were down 32 percent in the Americas, 19 percent in EMEA and 5 percent in APAC.

In the Americas, wholesale sales for The North Face were down 34 percent and DTC dropped 21 percent. The brand’s DTC brick & mortar business was impacted by store closures during the quarter and a weaker back-to-school season. DTC Digital climbed 34 percent in the quarter with strong trends in September. Inventory levels at key wholesale accounts in the Americas were significantly below the prior year, tracking ahead of plan.

Continued relative strength was seen from Timberland PRO and Outdoor Footwear with improving trends in its Classic Boot business. Another positive was brand heat generated in the women’s category through a Jimmy Choo collaboration.

By region, sales for Timberland on a currency-neutral basis were down 27 percent in the Americas, 30 percent in EMEA and 9 percent in APAC. The Americas’ performance reflected a 31 percent wholesale decline, a 2 percent DTC slip and 73 percent DTC digital growth.

In the Work segment, led by Dickies, sales were up 14 percent in the quarter to $253.6 million and grew 14 percent on a currency-neutral basis. Operating profits slumped 43.8 percent to $8.2 million a year ago.

In North America, 75 percent of all retail locations were open at the end of the first quarter. By the end of Q2, only 19 doors remained closed in Los Angeles. Traffic remains challenged but conversion “was strong and we’re encouraged by continued momentum in our digital business in the region,” said Roe.

America’s digital growth grew 45 percent in Q2 and accelerated in September to over 60 percent. Ship-from-store functionality was activated across 200 Vans stores and all TNF full-price stores in late August. BOPIS (buy-online pick-up in-store) and curbside pickup capabilities have also been implemented at certain stores with promising early results.

“We’re also encouraged by the performance of the America’s wholesale business during the quarter with sell-through trends accelerating across the big four brands,” said Roe. ”Our key accounts remain healthy and the channel inventory levels have progressed ahead of our initial planning, which should be a positive setup heading into Q3 as well as for next year.”

Roe said stores in China were essentially all open throughout the period. He said, “Our relationships with partners in the regions remain strong and we continue to expand partner doors in mainland China, led by Dickies and Vans. We continue to enhance the synergies between our brands and our digital wholesale partners, continuously developing our digital ecosystem in the region to elevate the shopper experience, and seamless online to offline integration.”

EMEA’s revenue was down 16 percent on a reported basis and off 20 percent on a currency-neutral basis. Roe said most markets in the EMEA region outperformed expectations and the overall region is seeing a “steady recovery.” VF’s retail business returned to growth with DTC up 6 percent, led by 54 percent digital gains. VF’s stores have fully reopened. Traffic remains depressed across countries but in-store conversion is “much stronger.” The quarter saw the continued rollout of ship-from-store and BOPIS at Vans, Timberland and The North Face. Said Roe, “We continue to see sell-through momentum building in the region, particularly at Vans and TNF, giving us further confidence about our positioning heading into holiday.”

“Our brick and mortar wholesale business is also progressing ahead of expectations,” added Roe. “As a result of stronger than expected sell through and an earlier anticipated start to holiday selling window, our brands continue to successfully navigate some modest supply delays which impact the cadence of our business.”

Roe said the supply disruptions are leading to shipping delays but “we’ve seen sequential improvement over the course of the year and expect delivery timing to be largely normalized by year end. We have plans in place to manage peak holiday deliveries and are generally pleased with our inventory levels in the marketplace today.”

Digital And China Prioritized For Growth
By regionIn his comments, Rendle elaborated on the progress in digital and China. Both areas have been targeted to drive over half of VF’s planned revenue and earnings growth as part of its five-year growth plan ending 2024.

He noted that over the past four years, VF has evolved from a “wholesale dominated business” with only 5 percent digital revenue “to a streamlined portfolio, with over 40 percent DTC and more than 25 percent total digital penetration.”

Vans’ 49 percent digital growth in the quarter reflects the brand’s ability to engage fans with the portion of Vans Family members transacting on vans.com doubling versus the prior year’s quarter. Loyalty members accounted for nearly half of U.S. DTC sales. Customization capabilities continues to support significant increases in dwell time and engagement. In November, Vans will become the first major global brand to offer customization on China’s Tmall platform.

The North Face’s 40 percent digital growth was aided by attention drawn from a number of purpose-led marketing activations, including Earth Day Summer Base Camp, Walls Are Meant For Climbing, and a Girl Scouts partnership. Digital loyalty to key members increased over 20 percent in the quarter as the brand continues to attract new female and younger consumer cohorts.

Timberland’s 62 percent digital hike in the Americas was helped by the Jimmy Choo collaboration and VF’s management is particularly encouraged by some strength in non-classics. The brand delivered a successful non-classics digital launch in China called, ‘My First Eco Kicks,” that drove a nearly 270 percent increase in traffic on Tmall during the event.

China’s overall growth marked an acceleration from the first quarter and was led by 25 percent growth by Vans and nearly 60 percent at Dickie’s. Rendle called out the recent hiring of Winnie Mar, who formerly led Beauty & Personal Care for Unilever in North Asia, as its first president of Greater China. Said Rendle, “Winnie’s deep experience in the region and understanding of the Chinese consumer will help us accelerate our growth strategy in this fast-paced, digitally-driven marketplace.”

Rendle also said the organizational moves announced on October 13, including the appointment of Steve Murray to global brand president, The North Face, was designed to better support the different needs of its three core brands, Vans, The North Face and Timberland, versus its emerging brands. Emerging brands require a more agile operating model than its largest brands, including a greater emphasis on learning and testing. Rendle said, “These organizational actions are an important beginning to what we’re calling Project Enable, a multi-year initiative designed to enable our ability to accelerate and advance our business model transformation and position ourselves to drive long-term growth for all of our brands.”

Project Enable is also expected to drive cost savings of $125 million over a three-year period with the savings “to fuel our transformation agenda and highest priority growth drivers.”

Finally, Rendle expects VF’s brands will continue to benefit from many secular trends in the marketplace, including a focus on purpose-led brands.

“Consumers are prioritizing purchases that align with their values,” said Rendle. “Our research shows that over two thirds of millennials and Gen Z have changed their purchasing habits due to climate change. And by 2027, we believe this generation will account for two thirds of apparel and footwear revenue in the U.S”

Another benefit is expected to come from an accelerating focus on fitness, casualization, getting outdoors and overall active lifestyles in wake of the pandemic. Rendle said, “Our portfolio of brands sits at the epicenter of these fundamental tailwinds, which will be a meaningful contributor to growth in the years to come.”

Inventories Shrink 10 Percent
VF ended the second quarter of fiscal 2021 with inventories down 10 percent compared to the prior year, as well as approximately $2.7 billion of cash and short-term investments in addition to $2.23 billion remaining under VF’s revolving credit facility.

VF pulled its guidance when reporting its March quarter due to the uncertainty of the duration and severity of COVID-19. The updated guidance provided on Friday assumes no material deterioration to the company’s current business operations as a result of COVID-19, governmental actions and regulations.

The guidance for the fiscal year ended March 31, 2012 includes: