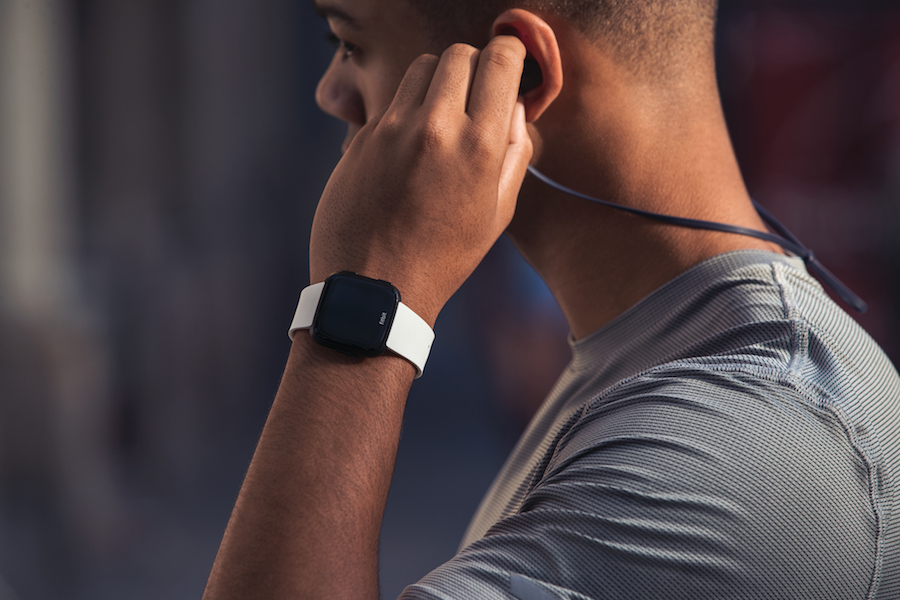 Smartwatches composed about 30 percent of Fitbit Inc.’s revenue in the first quarter, but based on executive commentary during yesterday’s earnings call, look for the products to grab an even larger share of the company’s top line in future earnings reports.

“The introduction of Versa marked the start of an accelerated shift in revenue mix towards smartwatches,” CEO James Park told analysts.

In the short term, that shift could cause drag on the top line–and perhaps the bottom line as well. Fitbit’s new Versa wasn’t counted among the 2.2 million wearable devices Fitbit sold in the first quarter ended March 31, but smartwatches helped drive up the company’s average selling price 16 percent year-over-year to $112 per device, which, in turn, slightly offset the 27 percent decline in devices sold.

Fitbit’s income and revenue topped analyst expectations, but the company’s forecast for the current quarter is lower than expected as the company works to sell off old products and shift focus to the new Versa.

“We have experienced strong [Versa] preorders, and in the first week of availability in North America, sell-through sales of Versa have been the best of any other Fitbit device in the history of the company,” Park said. “Further, initial North America data for the second week shows continued strength.”

Fitbit is banking on sales of Versa to eventually offset softness with older devices. The company also hopes the product will garner some attention through favorable reviews both on its own and in comparison to the Apple Watch.

“While Versa sales and smartwatch revenue did not offset the decline in the number of tracker devices sold, it strengthened the brand and relevancy while highlighting the opportunity to regain market share,” Park said. “And despite the decline in tracker growth, we still see demand for trackers in the market across price-conscious users in the health care system, so we will continue to adapt how we approach this segment category in order to maximize our share of the overall wearable device market.”

Park said Fitbit anticipates smartwatch revenue to “surpass tracker revenue in the second half of 2018. This growth is expected to be driven by both bringing new consumers to the Fitbit platform and existing users upgrading their devices.”

Versa will offset some of the reduced demand by the channel for trackers, said CFO William Zerella, but the company expects second-quarter revenue to decline about 19 percent year-over-year to $275 million to $295 million. Q2 operating expenses will “reflect higher marketing spend in support of the launch of Versa,” Zerella said.

“With lower receivables entering Q2, we expect our free cash flow to be worse in Q2 than in Q1,” Zerella added. “We expect free cash flow of approximately minus $85 million in Q2. We expect a net loss per share of $0.27 to $0.23.”

Versa also garnered much of the attention during the analyst Q&A session–including market share potential, channel strategy, ASP relative to its category and the possibility of broadening the product’s demographic.

“… Versa definitely succeeded by expanding our demographics,” Park said. The lower price point does bring in a new type of consumer. And then secondly, the form factor and feature set also appeals more to women as opposed to Ionic, which appealed more towards men. So I think those two dynamics have helped to strongly contribute to the success of Versa out of the gate.”

Fitbit expects smartwatch revenue average selling price to be up year-over-year and roughly flat with the first quarter of 2018. Additionally, the company expects to grow Fitbit Health Solutions and increase premium subscribers, but this growth will be relatively immaterial to wearable device revenue.