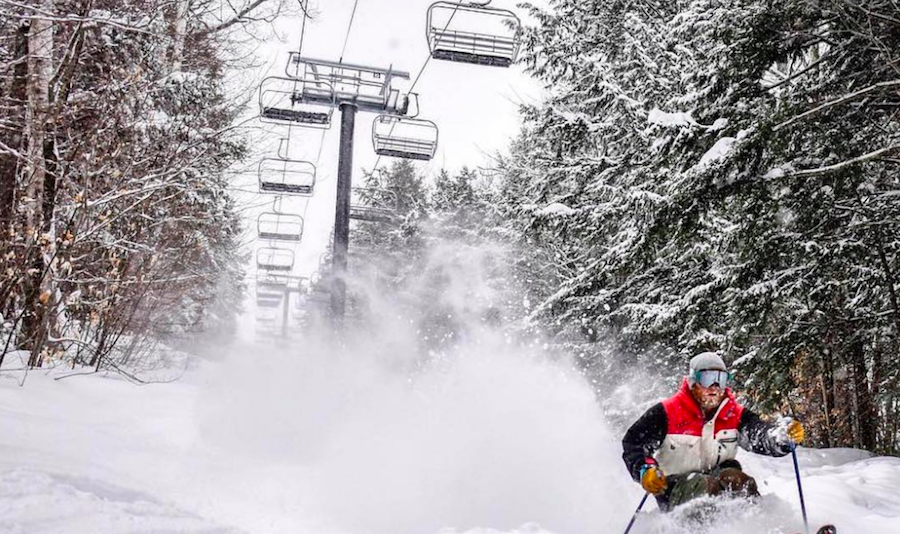 In the ongoing and escalating ski area arms race, Vail Resorts Inc.’s most recent move has clearly raised the stakes.

“We are incredibly excited to have the opportunity to add such a powerful network of ski areas to our company,” said Rob Katz, chairman and CEO of Vail Resorts. “Peak Resorts’ ski areas in the Northeast are a perfect complement to our existing resorts and together will provide a very compelling offering to our guests in New York and Boston. With this acquisition, we are also able to make a much stronger connection to guests in critical cities in the Mid-Atlantic and Midwest and build on the success we have already seen with our strategy in Chicago, Minneapolis and Detroit.”

Not only is Vail adding an expected $60 million in EBITDA in Peak’s first full year of operation—fiscal year 2021—but Vail practically doubled the number of ski resorts that the company and its subsidiaries now own, though Peak Resorts’ portfolio includes much smaller resorts in the Midwest and Northeast U.S. when compared to Vail’s current lineup.

Here is the list of Peak Resorts’ ski areas that Vail is taking over, subject to certain conditions, including regulatory review and Peak Resorts’ shareholder approval:

For the 2019/20 season, Vail’s Epic Pass will include access to all 17 of the Peak Resorts ski areas, and—as any megaresort operator would be quick to point out—skiers and snowboarders who primarily ride at one of Peak Resorts properties now have access to Vail’s iconic destinations across the U.S. and even in Australia.

The sale also gives the Peak Resorts portfolio nearly immediate access to capital investments across its footprint. After the transaction closes, Vail Resorts plans to invest approximately $15 million over the next two years in one-time capital spending to “elevate the guest experience at these resorts.”

“For over 22 years, our team has worked tirelessly to create what is one of the country’s premier ski resort companies, with 17 properties across the Northeast, Mid-Atlantic and Midwest. We are now delighted to announce this agreement with Vail Resorts that creates substantial value for our shareholders and new opportunities for our guests,” said Peak Resorts President and CEO Tim Boyd. “During my time in the industry, I’ve come to know and respect Vail Resorts and believe they will build on our accomplishments and further improve the experience that our loyal guests enjoy both on and off the mountain.”

Peak Resorts has been busy doing that very thing, the company told SGB for a report last fall on the great start to the 2018/19 ski season. Terrain expansion, lodge overhauls and increased snowmaking are some of the ways Peak has been working to reinvest in its resorts and drive customer engagement. Look for that trend to continue at an even faster clip, Boyd said.

“Our properties are also in excellent condition thanks to a number of recently completed capital projects, including upgrades to our snowmaking capabilities, terrain expansions and infrastructure improvements,” he said. “Going forward under Vail Resorts’ leadership, we expect guests will see a continued focus on the customer experience that will further the appeal and growth of our resorts and the strong affinity of our guests. Furthermore, I believe our extremely capable team will become an integral part of the long-term Vail Resorts success as they represent a tremendous asset to our guests and to our resorts.”

The companies, both of which are publicly held, haven’t yet issued a proxy statement, so they declined further comment Monday until the deal has closed and instead referred SGB to their press releases for executive reaction. However, both Vail and Peak stated that they would unveil more details about the timeline of the acquisition with SGB for another installment of our “Behind The Deal” series. Look for that soon.

And analysts were able to glean some details about how this move will affect the industry moving forward. Most agreed that Peak selling to Vail was a good decision and that Vail was adding a solid operator to its roster of resorts, including some much-needed assets along the East Coast.

For example, Brett Andress of KeyBanc Capital Markets wrote in his note to investors, “We view the acquisition favorably, as it represents the next logical progression in building out the Epic Pass network along the under-penetrated East Coast following the recent acquisitions of Okemo, Mount Sunapee and Stowe. Outside of the more destination-oriented/network additive Mt. Snow and Hunter Mountain resorts, we view the remainder of Peak’s resorts as essentially attractive urban ‘feeder’ resorts, where MTN has had success over the years, allowing it to market to Peak’s base of ~2.1 million skier visits in FY19 (along with 0.3M ‘tubing’ visits). Peak did ~$43 million of pro forma EBITDA in FY19 and MTN expects to generate incremental annual EBITDA of ~$60 million in the first full year of operation (FY21).”

Brad Boyer of Stifel was equally upbeat, calling the acquisition a “win-win” for both Vail and Peak. In a note to investors, he wrote, “We believe SKIS is finally receiving a fair multiple for its assets, an outcome that likely would have taken several years to achieve as a standalone public company. In the case of MTN, we believe the company is buying a portfolio that is in good shape today and one that it should be able to squeeze additional cash flow above and beyond the stated $60 million level over time.”

The deal also generated a lot of reaction from snow sports stakeholders. Nick Sargent, president, Snowsports Industries America (SIA), told SGB that the news is likely to stoke plenty of excitement for skiing and snowboarding as Vail elevates the profile of the sports and perhaps increases participation through heightened exposure to multi mountain season passes.

“The acquisition of Peak Resorts by Vail certainly strengthens the Epic Pass, allowing for greater accessibility to a wider array of resorts,” he said. “It’s SIA’s desire that we can leverage the excitement and awareness created by Vail (and Alterra), in an effort to generate an industry-wide dialogue on the future of the entire winter industry.”

As for consumer reaction, social media sites had their usual banter about the pros and cons of Vail making another move. While some lament that their mountain will be homogenized and overrun with Epic Pass holders, others see it as a chance to take destination ski trips to one of Vail’s many properties. And plenty of others see it as yet another reason to venture into the backcountry.

This debate is one that has raged in the ski and snowboard community for years amid rapidly accelerating consolidation. As ski areas operators like Vail buy more, they can scale and invest in their resorts with new runs, new lifts, new pretty much anything.

But those investments can be costly, and operators that avoid raising prices make up for it in volume. More pass sales equal more revenue, of course. But they also equal more bodies on the slopes. Good for resort visit counts and industry participation, not so much for the skier or snowboarder looking to make laps.

This market-shifting deal was the equivalent of Vail hucking a huge cliff. It put competitors on notice and perhaps inspired them to match this move with something equally impressive. But can other resort operators—especially large companies like privately held Alterra Mountain Co. and Powdr Corp.—pull off anything nearly as dazzling?

Remaining lockstep with Vail might not be possible based on the company’s sheer size (market cap of $9.4 billion) and plenty of cash on hand to buy some real estate holdings or retail properties.

Still, other players have made some moves in recent months that have taken a toll on Vail’s prior pass dominance (Alterra’s Ikon Pass, in particular). And another eyebrow-raising acquisition would certainly follow a pattern of the last few years.

In what one analyst called an “arms race,” a handful of deals has rocked the industry and left some worrying that skiing and snowboarding options will dwindle to just a few.

Notable transactions in the past year or so include Alterra—which launched in January 2018 and brought the Ikon Pass to market for the 2018/19 season—acquiring Crystal Mountain Resort in Washington last September and Solitude Mountain Resort in Utah last June. Terms of those deals were not disclosed.

Also, Peak Resorts itself grew through acquisition when it bought Snow Time Inc.—operator of Liberty Mountain Resort, Whitetail Resort and Roundtop Mountain Resort, all in Pennsylvania—last September for $76 million.

Numerous other smaller purchases have transpired, and here is a partial list of how many ski resorts each of the big U.S. and Canadian operators now owns:

The full list, which is available on the National Ski Areas Association’s website and includes the names of each resort plus some additional notes, can be accessed here.

Meanwhile, as the industry consolidates, at least one ski area doubled down on remaining independent. Arapahoe Basin in Summit County, CO, earlier this year announced it was ending the ski area’s relationship with Vail and going off the Epic Pass to cut down on the number of skiers who overcrowded A-Basin all winter.

In a statement, A-Basin said that while the mountain still has plenty of room for skiers and riders, the ski area is feeling a pinch on parking and facility space. Due to these constraints, Arapahoe Basin believes its staff can take better care of guests by separating from Vail Resorts.

“Looking forward, we strive to provide ready and easy access for our guests,” said Arapahoe Basin COO Alan Henceroth. “Our goal is to minimize waiting and crowding and maximize experiences and fun.”

UPDATE: On August 2, A-Basin announced it was joining the Ikon Pass.

Look for more reaction from ski areas and industry analysts in future editions of SGB Executive.