U.S.-China Trade War ‘On Hold’ … But Should Companies Remain Wary? 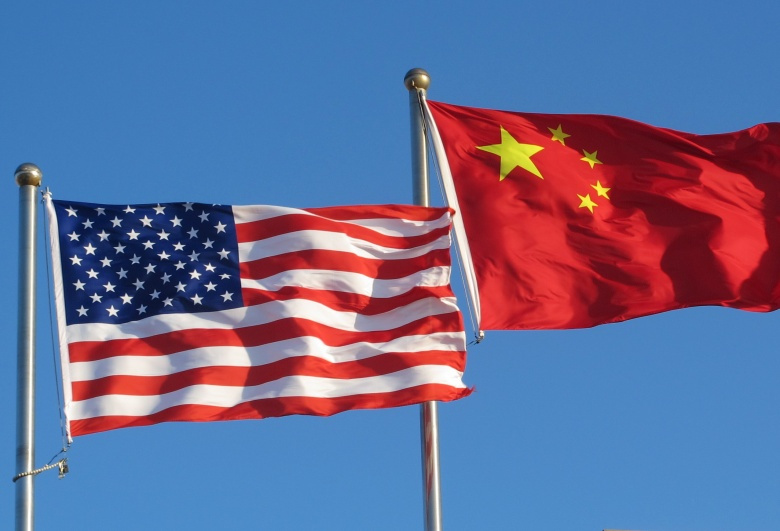 The looming trade war with China that dominated headlines all spring and forced U.S. companies to fear heavy tariffs on their imports is now on hold. But is it really?

According to a report in the Washington Post, “On Sunday, Treasury Secretary Steven Mnuchin said that the administration put its trade war with China ‘on hold’ after two days of talks in Washington that he said had produced an agreement on increased Chinese purchases of American products and measures to make it easier for U.S. companies to operate in China.”

The surprise announcement came after months of back-and-forth threats from both U.S. and Chinese officials that a multibillion trade war was imminent (see timeline below).

While the news was mostly welcomed by U.S. companies on Monday, there is always the chance that another dispute could erupt, and trade associations remain on high alert about a renewed standoff, according to Matt Priest, president and CEO of the Footwear Distributors & Retailers of America.

“It’s a step in the right direction,” Priest told SGB. “Some of our intel had been that the administration wanted to find an off-ramp to this conflict because of the negative impact it was having on farmers and agricultural products. I know they were getting antsy about that. There was a concerted effort to help both sides.”

Although the additional tariffs on Chinese goods entering the U.S. excluded such products as apparel, footwear and outdoor gear, those industries were among the loudest in their condemnation of a potential trade war.

Jeff Turner, sales manager at paddlesports apparel and gear manufacturer Kokatat, told SGB in early April that while the company doesn’t import from China, “we are watching this escalation between U.S. and China with an eye on the potential impacts on the breadth of import tariffs imposed by Trump. Tariff wars are so last generation. There is a tremendous dependence on Asian raw materials among outdoor industry brands, particularly those that are focused on maintaining and growing U.S. manufacturing.”

Nester Hosiery sources everything domestically and doesn’t currently sell to China—meaning additional tariffs wouldn’t directly impact the company’s Farm to Feet socks brand—but company CEO Kelly Nester warned that a trade war would have indirect effects up and down the supply chain.

“For Nester Hosiery, we source a variety of raw materials for our customers from around the world, including China, but foresee minimal impact,” he told SGB last month. “However, as a whole we feel this is not positive for business. Our customers import a lot of their goods from China and it will cause significant disruption to their business. The marketplace is already highly competitive, and a trade war will only further complicate things.”

The potential for a trade war even had some manufacturers announcing changes to their production process. Puma, for example, said a few weeks ago the company plans to shift some production out of China in light of the trade debate.

Bjørn Gulden, CEO of Puma SE, said on a call with journalists that uncertainty around potential duties and tariffs coming from the U.S. on Chinese products has forced the company to explore alternative production areas for sourcing both footwear and apparel. “We have existing orders and we don’t know what is happening, and uncertainties between the two biggest markets is not a good thing,” Gulden said.

Last week, before Mnuchin’s “on hold” announcement, the National Retail Federation told the Office of the U.S. Trade Representative during a hearing that “proposed tariffs on Chinese goods would destroy U.S. jobs, disrupt supply chains and increase prices for U.S. consumers during the upcoming back-to-school and holiday seasons.”

In his testimony, David French, NRF senior vice president for government relations, said, “Prices will rise, and the economy will suffer. Retailers cannot quickly change suppliers to find alternate sources for goods impacted by the proposed tariffs. It can take years to develop new supply chains that satisfy retailer requirements for volume, reliability, regulatory compliance and vendor codes of conduct.

“Back-to-school merchandise will be arriving at U.S. ports in the next couple of weeks and holiday merchandise — already on order in most instances — will start to arrive at the end of the summer. The sudden imposition of tariffs on any of these goods will likely be passed along to U.S. consumers.

“Instead of tariffs, we urge the administration to focus the strategy on China on concrete initiatives to address the underlying barriers and distortions. This strategy must include clearly defined objectives, direct negotiating mechanisms with the Chinese, targeted deliverables and deadlines with measurable results.”

Scrapping the trade war not only allows U.S. brands, retailers and consumers to breathe a sigh of relief, but it resets the opportunity to address one of the core tenets of the trade war—intellectual property.

“We’re hopeful, but there’s plenty of steps in this process that could make things go sideways and challenge us,” Priest said. “We’ll keep our eye on it. Now that it’s all put on hiatus, hopefully they can come to some agreement on a path forward that doesn’t impact the U.S. economy.”

Chinese companies’ theft of U.S. companies’ trade secrets was at the heart of the initial escalation of the riff between the two countries’ governments. Now perhaps the focus can shift instead to that debate of which nation is capable of imposing the most tariffs on the other.

“We appreciate that the administration and China have reached an agreement in principle to address outstanding trade issues and will, at this time, forgo retaliatory tariffs,” said Rich Harper, manager of international trade for Outdoor Industry Association. “While this is welcome news for our outdoor companies and consumers, we will continue to encourage China and the U.S. to engage in a productive dialogue to address legitimate concerns about China’s IP practices, and will stand ready to play a constructive role in that process.”

Here’s a rundown of how things have already become so complicated in just the first few months of 2018: