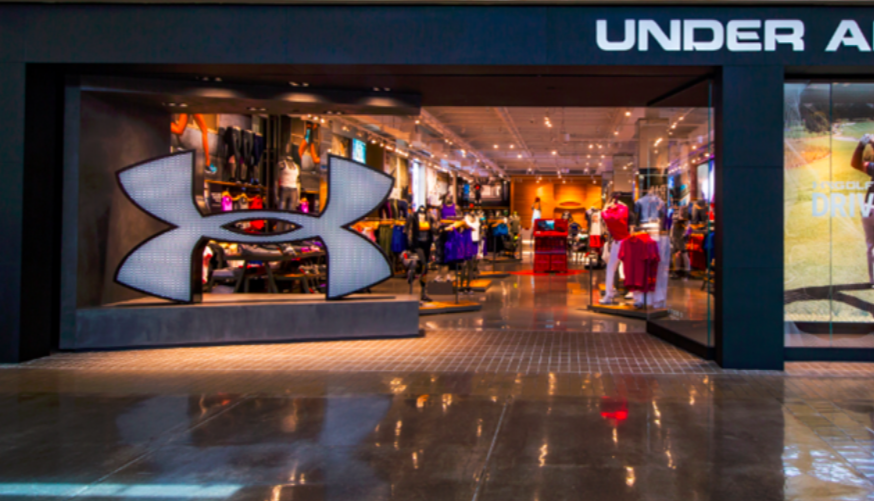 Shares of Under Armour shot up $5.04, or 27.7 percent, to $23.23 Tuesday, the stock’s highest one-day gain since 2008, as the company reported third-quarter earnings that more than doubled Wall Street’s consensus expectations. On a conference call with analysts, Kevin Plank, CEO, described the performance as “another solid proof point that our multiyear journey toward becoming a more operationally excellent company is on track.”

The company slightly raised earnings guidance for the year.

In the quarter, earnings improved 38.4 percent to $75 million, or 17 cents per share, with charges hitting both periods as part of the company’s two-year transformation plan. On an adjusted basis, net income was up 12.0 percent to $112 million, or 25 cents, easily exceeding Wall Street’s consensus estimate of 12 cents.

The better-than-expected performance was traced to gross margin and operating expense.

Gross margins improved 10 basis points to 46.1 percent, inclusive of a $5 million impact related to restructuring efforts. Excluding restructuring charges in both periods, adjusted gross margin was 46.5 percent, an increase of 20 basis points. The improvement was driven by 70 basis points of improvement in product costs and lower promotions, partially offset by approximately 40 basis points of channel mix, driven by higher sales to distributors, which carry a lower gross margin rate. Dave Bergman, CFO, said that relative to expectations, the mix of products selling through at a higher margin, was greater than originally anticipated.

Promotional activity lessened due to aggressive efforts to clean inventories in the U.S. Inventory down 1 percent in the quarter, a notable improvement over an expectation by the company of a high single digit increase. Inventories had been ahead 12 percent at the close of the second quarter.

Year-end inventory for 2018 is now expected to be flat to down slightly.

SG&A expense increased 5 percent to $528 million and was slightly higher as a percent of sales to 36.6 percent from 35.6 percent a year ago. Investments continued to be made in DTC, footwear and international businesses. But similarly relative to management expectations, “we are realizing some early benefits from our efforts to drive greater efficiency and effectiveness,” said Bergman.

Approximately $9 million in marketing spend also moved into the fourth quarter due to changes in media buys and activation timing.

Sales rose 2.4 percent to $1.44 billion and were up 3 percent on a currency-neutral basis. Wall Street was expecting $1.42 billion on average.

Sales to wholesale customers were up 4 percent to $914 million, driven by growth in international regions. Direct-to-consumer (DTC) revenue was flat at $465 million and represented 32 percent of total revenue. The DTC performance was generally in line with expectations due primarily to significantly lower promotional activity which made for a more difficult comp against last year’s third quarter. The planned promotional days in North America are expected to be down by about one-third in 2018 versus 2017.

By product type, apparel revenue increased 4 percent to $978 million with growth in training, golf and team sports. Footwear revenue was flat at $285 million. Accessories was down 6 percent to $116 million due to declines in outdoor and training.

By region, the North American business continued to show some stabilizing, as sales were down 2 percent to $1.1 billion. On a currency neutral basis, North America was down 1 percent.

Patrik Frisk, president and COO, said the North American performance in the quarter reflects improved service levels and related timing of shipments “a bit earlier” than expected under the transformation program. He noted that the company is not changing the company’s outlook for the region for the year despite the improving trends. Said Frisk, “Overall, while there’s still work to do, we like the stability that we’re seeing in North America including the progress we’ve made driving our inventory into better alignment with revenue.”

International grew 15 percent to $351 million representing 24 percent of total revenue in the quarter. On a currency-neutral basis, international was up 17 percent. The gain marked a slowdown from the increase of 28 percent (25 percent currency-neutral) in the second quarter but was consistent with expectations laid out on Under Armour’s second-quarter conference call. Said Frisk, “This is how we plan the business to better align with customer demand along with an expectation around improved international service levels in the fourth quarter. For the year, we expect international revenue to be up approximately 25 percent.”

Among regions, revenue in the EMEA was up 15 percent driven by growth in wholesale and DTC businesses. Revenue in Asia Pacific was also up 15 percent with particular strength in the wholesale channel. Frisk said a renewed commitment to maintaining a premium positioning resulted in fewer planned promotional events and thus lower growth within the Asia Pacific DTC business. Revenue for Latin America was up 16 percent driven primarily by strength in wholesale.

In running, UA’s HOVR cushioning technology found in the Phantom and Sonic are seeing a healthy reception with the running community. The Pursuit and Assert on the lower end are also selling well in run.

In basketball, the Curry 5 “continues to perform well,” and high expectations surround the Curry 6, expected out in a few weeks. HOVR technology has been added to the basketball category with the Havoc model, and the signing of Joel Embiid has Under Armour seeing “a lot of energy coming from this business.”

The HOVR has also expanded into sports style with the launch of SLK. Under Armour also launched the Forge 96, a limited-edition throwback to the year the brand was founded and the range sold out in two days.

On the marketing front, Frisk noted that a focus remains on improved storytelling. Said Frisk, “With more cohesive, always on activations supporting pinnacle technologies like HOVR and the Project Rock and Curry franchisees, our training running and basketball categories are setting up for increasing success.”

At the brand level, Under Armour just launched the Will Makes Us Family campaign, and the brand is making “meaningful changes” in how the company plans, builds and executes marketing investments, “including an amplified focus on return on investments and the ability to positively impact brand perception and consideration.”

In his comments, Plank said the company’s restructuring phase that began at the start of 2016 has “served as one of the most challenging yet productive and opportunistic times in our history. During this tenure, we have executed against a number of strategic initiatives to better ourselves as a company and as a brand.”

“Within marketing, digital and IT, we are improving our global CRM, utilizing ROMI or return on marketing investment to employ assets with the highest rates of return; updating our global ERP with our partners at SAP and continuing to commercialize the intersection of our digital, fitness, e-commerce and social media platforms,” stated Plank. “And within our financial organization, efforts around smart spend, zero-based budgeting and more efficient SG&A productivity continue to install a high level of discipline across our company.”

He stressed that the company is being “methodical and measured” in executing the transformation to ensure a longterm payback. He also noted that while the transformation focuses on improving operations, Under Armour has continued to focus on delivering innovate products, consumer connections, service excellence with retailers and its team culture. And he also stressed he still sees ample opportunities for growth for the brand.

“As I look to the future, I’ve never been more energized, confident and excited about what is ahead for us, both as a brand as an operator,” said Plank. “By product type, gender, category, channel or geography, we are under penetrated by any measure and have significant scalable growth opportunities before us.”

Asked In the Q&A session what he’s particularly proud of in making better-than-expected progress around the company’s efforts in still greater operational disciplines, Plank said the extensive buy-in across the organization.

“I think what’s really important also is just the culture and the mindset that we have,” said Plank. “I mean, the athletes want to win. I’ve been thinking about it; I’m trying to figure if we can make the claim whether we have more athletes as teammates here than any other place in the world. But, I’d imagine we’d be pretty darn close, because this is a competitive mindset and one that just does just want to be better. And so, we realize this that we want to be clear. We are certainly not declaring victory, but we’re really proud of the progress that this team has made, how far we’ve come and I think the opportunities that we have in front of us.”

For 2018, Under Armour’s updated outlook includes: