Under Armour Upgraded To Buy On Margin Improvement Opportunity 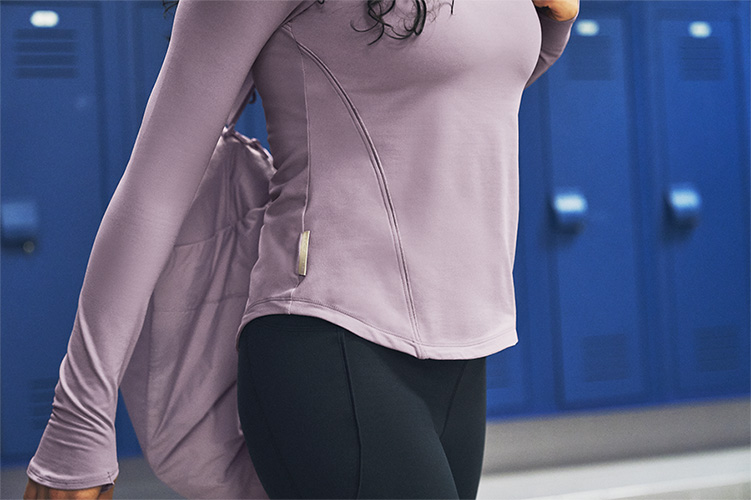 Deutsche Bank upgraded its rating on Under Armour to “Buy” from “Hold” on the potential for margins to benefit from numerous cost-containment efforts, “green shoots” found across the brand’s product line and tailwinds for the active apparel category overall coming out of the pandemic.

Potential For Margin Improvement
In a note, Paul Trussell, lead analyst in the space at Deutsche Bank, said his team is forecasting a 40 percent increase in Under Armour’s margin rate from 2019 levels by FY23 “as benefits are reaped from multiple years of resetting the cost base, improving inventory control and pricing and altering the distribution mix.”

Under Armour’s FY19 EBIT margin of 4.5 percent was 700 basis points below the peak EBIT margin in FY14.

Trussell noted that Under Armour was in the process of resetting its cost base and operational strategy before COVID-19 to lift EBIT margins to more than 10 percent. In May 2020, Under Armour’s management accelerated those efforts with plans to reduce its original FY20 operating expenses by $325 million through a reduction of marketing, lower incentive compensation, temporary lay-offs, and limiting discretionary and variable costs.

Trussell noted that Under Armour was in the process of resetting its cost base and operational strategy before COVID-19 to lift EBIT margins to more than 10 percent. In May 2020, Under Armour’s management accelerated those efforts with plans to reduce its original FY20 operating expenses by $325 million through a reduction of marketing, lower incentive compensation, temporary lay-offs, and limiting discretionary and variable costs.

Top-Line Recovery
Regarding top-line growth, Trussell said his team sees “green shoots” on the product side with elevated footwear, especially in the running category, momentum with Project Rock, a unique opportunity to grow the Curry Brand, and strong technology that enhances its apparel assortment. 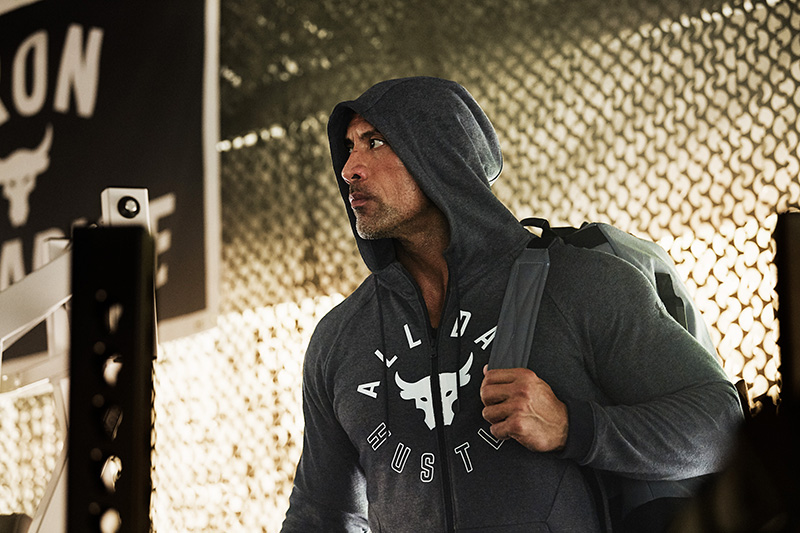 The analyst wrote, “While UAA still lacks with fashionable sportswear, revenues can still accelerate to a MSD (mid-single-digit) CAGR, in our view, buoyed by a supportive athleisure backdrop, international expansion and a North America segment that returns to growth after four years of declines.”

On product, he noted strong sell-through of the Machina, its highest-priced running shoe to date, at $150. Strong demand continues for the Phantom 2 and PR 3 Rock, which retails for $150 per style.

In apparel, strong performances have been cited in recent quarters from training and running apparel and women’s. Trussell believes the Curry Brand, officially launched on December 1, should support Under Armour’s premium positioning. Said Trussell, “We see the start of the Curry Brand as a positive for UAA as it gives the company the ability to differentiate the Curry footwear offering further, while also building a platform to authentically play in the premium space relative to the core apparel and footwear offering.”

Under Armor’s untapped opportunity remains overseas, especially in China, as international represents about 30 percent of Under Armour’s sales versus 56 percent for Nike. 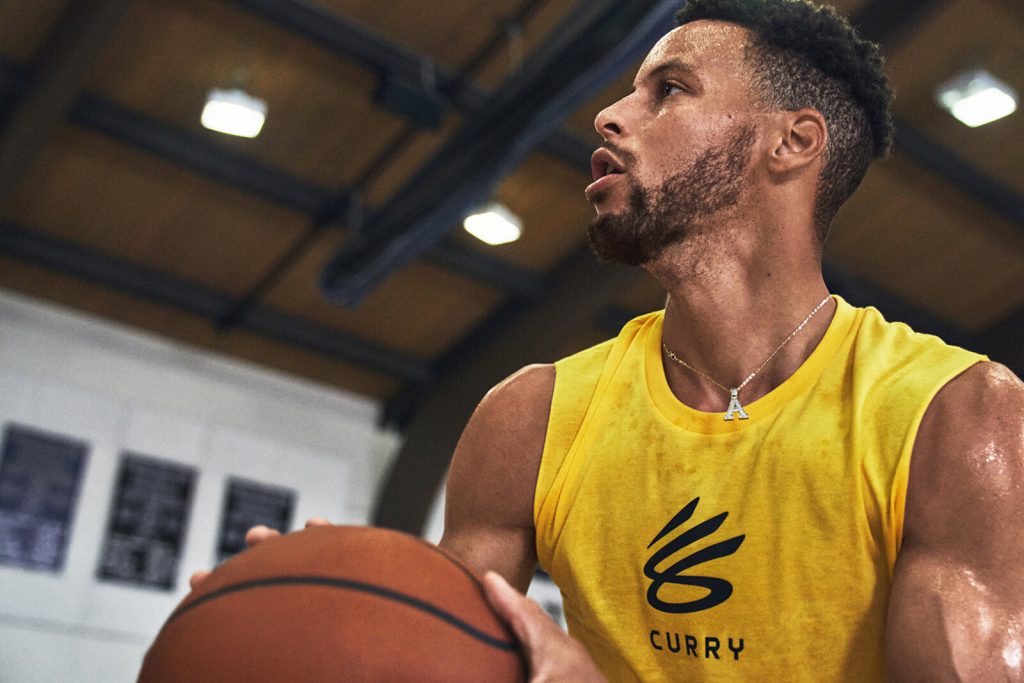 Pandemic Provides Tailwinds For Athletic Apparel Category
But growth overseas and the return to positive growth in North America should be boosted by favorable trends for athletic apparel from the pandemic.

Trussell expects continued casualization as a certain percent of the workforce permanently shifts to working from home full time or at least part-time. He wrote in his report, “We believe this increased time working at home inherently increases the demand for athleisure with the incremental spend coming directly from the suit/formal/dress wallet share.”

Additionally, Deutsche Bank expects casualization in the office to accelerate with fewer people in the office and more meetings virtually. Around activities, the athletic apparel category should continue to see a post-COVID-19 benefit from an increased focus from consumers on health & wellness and working out at home and many consumers introduced to outdoor activities during the pandemic.

Potential Headwinds For Under Armour
Potential challenges facing Under Armour include a lack of meaningful athleisure offerings, the brand’s ongoing pullback from wholesale distribution and its lower penetration of footwear versus peers.

As part of its repositioning, Trussell wrote that while Under Armour has recommitted to targeting the “focus performer” athlete, “a large portion of the athletic wear market does not consider Under Armour when fashion is the main decision driver.” Trussell added, “We believe that increasingly and incrementally, the growth in the athletic space is going to come from beginner athletes that don’t necessarily need performance clothing, consumers looking for comfortable, stylish on-trend footwear and apparel, and athletic wear for everyday use (i.e., working from home or accelerating casualization in the workplace).”

The analyst stated that Under Armour’s plans announced last year to reduce its North American wholesale footprint by 2,000 to 3,000 doors is “warranted” to support full-price selling. However, he’s not sure whether Under Armour will recapture those sales in other channels at premium price points as effectively as Nike, which is also scaling back its wholesale distribution.

Finally, Trussell noted that footwear makes up just 21 percent of Under Armour’s mix versus an average of 56 percent at Nike, Adidas and Puma. The near-term downside, he said, is Under Armour is benefiting less than its peers from pent-up demand for running footwear during the pandemic. Trussell added, “Additionally, we believe the valuation premium placed on the athletic space stems from the footwear side of the business, with some investors viewing UAA as still just an apparel manufacturer.”