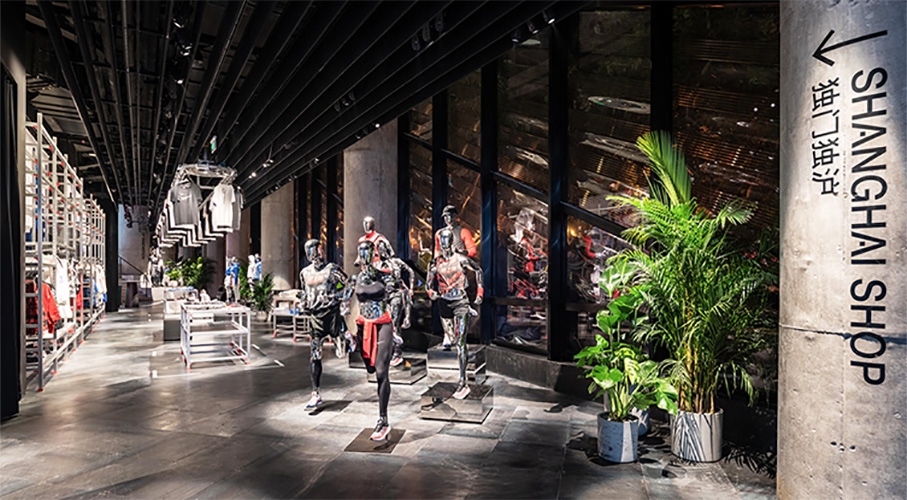 UBS reduced its price target on Nike to $123 down from $136 due to the coronavirus. However, the investment firm said Nike still has an “Exceptional Long-Term Story” and maintained its “Buy” rating due to strong fundamentals.

In the note, Jay Sole noted that Nike indicated on February 4 that the coronavirus would negatively impact Greater China sales. Since then, Nike’s shares have fallen 10.3 percent to $90.93 at the close of trading on March 3 from $101.38 on February 4.

“The market’s main question is when to buy this dip?” wrote lead analyst Jay Sole in the note. “Many are wondering if there’s a price to Buy Nike regardless of what is happening with the coronavirus situation. In the near-term, we think Nike’s stock price will correlate with news headlines. Thus the stock could continue falling before it rises, and we don’t have a view on when headlines will get better.”

Regardless, the analyst said Nike’s fundamentals “continue to look very strong” while reiterating his “Buy” rating. He pointed to several indicators, including an interview with Justin Miller, EVP of logistics and operations at Modell’s Sporting Goods, and Foot Locker’s comments on its fourth-quarter conference call, as evidence of Nike’s long-term momentum.

Sole wrote, “We assume sales pressure will persist through Nike’s 4Q (ending in May) and, therefore, lower our 3Q20 and 4Q20 EPS estimates. Our new FY20 EPS forecast is $2.73, down 12 percent. We anticipate a 2H21 rebound, so our FY21 EPS estimate only drops 10 percent,” UBS indicated in a recent note led by analyst Jay Sole.

“We apply the same 37x P/E on our FY21 EPS estimate to value NKE since we continue to forecast high-teens EPS growth once Nike recovers from this episode. Therefore our Price Target falls to $123 from $136,” the note went on.

On February 4, Nike said it expected a “material” impact from the coronavirus due to its impact directly on its China business. At the time, Nike said approximately half of Nike-owned stores have been temporarily closed, with corresponding dynamics across its partner stores.

“In the short term, we expect the situation to have a material impact on our operations in Greater China,” new Nike CEO John Donahoe said in a statement. “However, Nike’s brand and business momentum with the Chinese consumer remains strong, as reflected in the continued strength of our Nike digital commerce business.”

China accounts for roughly 18 percent of Nike’s sales and is the company’s fastest-growing market. Sales in China increased 21 percent in the most recent fiscal year. The region also has the best margins of any Nike sales geography.

Nike also currently sources 25 percent of its apparel from China. UBS, however, believes improvements in Nike’s supply chain will help Nike offset any impact from the virus. The analyst cited insights received from a conference call with Justin Miller, who has been with Modell’s for over 13 years.

Wrote Sole in the note, “Mr. Miller explained how and why Nike’s supply chain has improved so much. Three examples: 1) Nike’s “Fill rates” — essentially the percentage of delivery matching a retailer’s expectation — have jumped into the high 90 percent range from 85 percent; 2) Nike can now increase supply of hot selling products in 4-to-5 months versus 9 before; and 3) Nike’s inventory visibility has improved significantly, resulting in fewer markdowns globally. Most importantly. Mr. Miller sees much room for further improvement.”

Sole also noted that Foot Locker officials, on its fourth-quarter conference call on February 28 noted, “Nike (sales) continue to strengthen with sales outperforming the overall company results.” Sole said his team believes this applies to both Nike footwear and apparel and suggests that Nike’s momentum will continue.

“Nike is a long-term winner in our view,” Sole concluded. “Nike’s investments in product innovation, supply chain speed and digital are about to unlock a multi-year period of above-average growth after the coronavirus threat ends. We expect this to drive a re-rating to 37x P/E from 31x. We forecast a 16 percent 5 year EPS CAGR.”

Beyond the coronavirus impact, investors are also exploring what changes may be ahead for Nike following the appointment of John Donahoe as CEO, effective at the start of 2020. He replaced Mark Parker, who took over as CEO from founder Phil Knight in 2006. Parker became the company’s executive chairman.

Donahoe is expected to galvanize Nike’s digital push and signs of his plans to recast the organization came on February 18 when news arrived that Heidi O’Neill, president of Nike Direct, would become president of consumer and marketplace, effective April 1. She will succeed veteran Elliott Hill, who is retiring.

Andy Campion, EVP and CFO, will become COO, also effective April 1. He will succeed Eric Sprunk, who is also retiring. Matthew Friend, currently CFO of operating segments and VP of investor relations, will take over Campion’s role of CFO.

Both Hill, who joined Nike in 1988, and Sprunk, who joined in 1993, were seen as possible CEO candidates and some speculation arrived that their exit might have been tied to Donahoe’s appointment. The executives, both 55 years old, plan to leave by the end of calendar 2020, followed by customary one-year non-compete periods.

In a note at the time, Jonathan Komp, at Baird, wrote, “While we were not anticipating the turnover – presumably tied to new CEO, either voluntary or involuntary – NKE should benefit from having an incredibly deep bench of leadership talent, so overall no changes in our current opinion.”

Komp said that his team didn’t have “any particular inside insight” whether the changes reflect an overhaul by Donahue. He noted that Nike had already seen some “significant changes” since the start of the year, including plans to move to a distributor model in South America and news the prior week that Nike’s first chief digital officer, Adam Sussman, was appointed president of Fortnite-parent Epic Games.

But Komp also O’Neill and Campion appear primed to take on their elevated responsibilities. He said O’Neill played a large role in shaping the direction of Nike’s digital transformation, including introducing the Nike Live concept and integrating digital apps with member experiences. Campion, he added, “should prove a solid executive” for the COO role. Campion will oversee Nike’s global technology and digital transformation, sourcing/manufacturing, demand/supply management, distribution/logistics, procurement, sustainability, and workplace design/connectivity.

Stifel’s Jim Duffy in a note at the time echoed similar sentiments, “While these changes were unanticipated, we don’t view them as surprising given the success enjoyed by the retiring executives and the transition to the leadership of Mr. Donahoe. The promoted leaders bring strong experience in the organization and are well suited to work with Mr. Donahoe on the next stage of digital-led growth. We expect little to no disruption from the transitions and remain enthused about NIKE’s global growth potential and the opportunity to evolve the business to a higher margin, higher return model through emphasis of digital-led consumer engagement.”

Vendors May Have Seen Last Gains for a While