Two recent studies highlight the benefits of team sports for girls. One from Wharton School found that womens education and employment opportunities increased significantly since the enactment of Title IX. The second study from the University of Illinois found decreased obesity rates for women later in life for those active in sports early on.

In the Wharton study, Betsey Stevenson, an economist at the Wharton School of the University of Pennsylvania, focused on state-by-state variations to explore the impact of Title IX since its enactment almost four decades ago. Most research on Title IX has looked at national trends in girls sports. She found that increasing girls sports participation explained about 20% of the increase in womens education and about 40% of the rise in employment for 25-to-34-year-old women.

“Its not just that the people who are going to do well in life play sports, but that sports help people do better in life,” she told The New York Times. “While I only show this for girls, it’s reasonable to believe its true for boys as well.”

In the second study focusing on health, Robert Kaestner, an economics professor at the University of Illinois at Chicago, compared rates of obesity and physical activity of women who had been in high school in the 1970s when Title IX was taking effect with similar women from earlier years. Controlling the results for other influences such as changing diets, Dr. Kaestner found that the increase in girls athletic participation caused by Title IX was associated with a 7% lower risk of obesity 20 to 25 years later, when women were in their late 30s and early 40s.

Dr. Kaestner told the Times that while a 7% decline in obesity is modest, no other public health program can claim similar success.

The article also noted that Title IX hasnt completely overcome gender bias around team sports. About 1 in 3 high school girls play sports nationwide, compared with about half of all boys. Participation also varies widely by state, according to Dr. Stevensons research. Southern states like Alabama, Louisiana and Tennessee still have big gender gaps, while Northern states like Maine, Minnesota, New Hampshire, Pennsylvania and Vermont are closer to parity.

The article was written as the first lady, Michelle Obama, launched a nationwide campaign to get children active and reduce obesity. 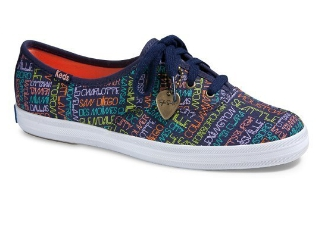