The event concluded with an emotional ceremony honoring Peter Burwash, a former player and coach who founded (PBI), the world's largest tennis-management company. He became the 10th inductee into the Tennis Industry Hall of Fame. But much of the forum focused on the latest news about the state of the tennis industry, including participation, equipment sales data, and grassroots initiatives.

On the encouraging side, Greg Mason, president of the TIA and VP of sales and marketing for Head/Penn, noted that the 2015 Physical Activity Council (PAC) Participation study showed that total tennis participation in 2014 increased 1.3 percent to 17.9 million. Over the last ten years, tennis remained the lone major activity with an increase, up 6 percent, compared to other sports showing overall declines, such as soccer, volleyball, basketball, fishing, racquetball, golf, baseball and football, according to the PAC study.

Less encouragingly, participation by core players (10+ times a year) declined 1.1 percent in 2014 to 9.91 million players. Core players account for almost 90 percent of annual consumer expenditures and 93 percent of all play occasions. Pointing to an aging base of core players, the percentage of adult core players in the 18-to-24 age segment dropped nearly 3 percent while core players ages 55-plus increased 1 percent.

Most discouragingly, sales of entry-level rackets have decreased 40 over the last ten years, pointing to challenges getting newcomers to try the sport. The item is particularly challenged to reduced distribution at chain and mass merchant stores.

Kurt Kamperman, chief executive of Community Tennis for the USTA, said the “Rally the Family” theme is in part a response to the arrival of devices such as smartphones and iPads and its impact on families. Surveys show that families want to “spend time together and want to be active.” Ultimately, however, spending time together leads to families watching TV or eating dinner out together but not engaging since everyone is on their own electronic device.

The campaign also addresses “professionalization of team sports,” where many school kids will specialize in one sport year-round. Said Kamperman,  “To the Millennial family today, sports means a lot of work, a lot of expense and a lot of travel. And that’s not for everybody.”

Tennis can be the answer to family togetherness and the stress of sports specialization by making it more of a family activity. Kamperman said the use of lower compression Red, Orange and Green (ROG) tennis balls, along with shorter courts, shorter racquets and modified scoring can bring more kids into the game in a fun, social way. Tennis can be a sport that familes “play in a driveway” and “an activity just like running, just like playing Monopoly, just like throwing horseshoes in the backyard.”

The overall mantra of the “Rally the Family” campaign, according to Kamperman, reads: “It’s time to take a stand. To take action. To get your family back and just as importantly to get them moving together. All while having a fun time doing it. And all you really need to get started is a racket and a ball. Leave the rules, the uniform and even the court behind. Not to mention the pressure and expectations. A game like tennis is something any family can rally around. So mom, dad, grandma, kids – it doesn't matter who’s leading the charge. It’s time to rally the family.”

Also speaking at the event was Katrina Adams, the USTA president and CEO, who detailed the progress her organization was making improving sportsmanship by encouraging parents and kids to sign an oath at tournaments. The USTA is also making progress engaging Hispanic communities to introduce them to the sport. Said Adams, “We need to bring different groups into our sport that aren’t there now to grow tennis.”

A third initiative for USTA is focusing on high schools. Adams pointed to the challenges engaging students who are playing so many other sports, and the importance to enabling tennis play outside of school. She pointed to the 2015 New Balance High School Tennis Championship, held in Boston in July and now in its second year, as a program with potential to expand to other cities.

But Adams added that like the new tennis industry campaign, “all three of those initiatives really evolve around family.”

Mason said the “Rally the Family” program will be tested in six markets this fall before it is officially launched in the second quarter of 2016. He encouraged many of the tennis industry professionals attending the forum to explore ways to get the “Rally the family” message out via social media or local community events. He remarked, “This is first time in at least five or six years that the USTA and the industry has really come together to get people on the court and the opportunity is with us now.” 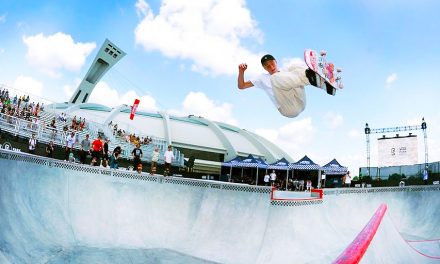