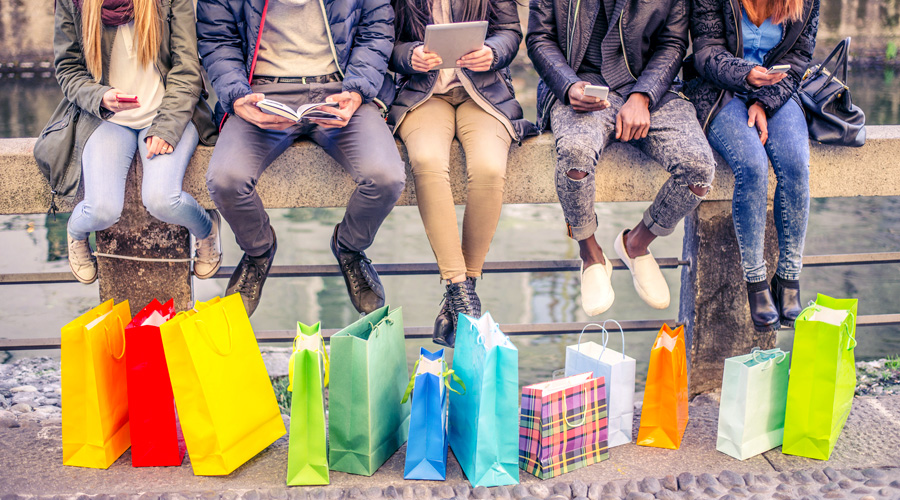 That’s the top takeaway from retailers this back-to-school season, with many reporting lagging sales early in the period only to pick up in the final few days before school and even extending beyond school start dates.

While retailers have seen the delayed-sales trend for the past few years, “it’s much more pronounced this year,” Famous Footwear President and CEO Diane Sullivan told investors on the company’s conference call last week. “With roughly two-thirds of our consumer doors already back in the classroom, we are deep into the heart of back-to-school, and yet we’re seeing some consumers are starting their shopping after school even more than we’ve seen before.”

So what’s driving the delay? Specific to back-to-school, some have suggested students are waiting to see what’s trending those first few days of classes before spending. But from our observations, the trend speaks to a much larger shift in consumer shopping habits and general behavior, altering the traditional calendar year-round.

Just-In-Time Buyers
You’ve likely heard of just-in-time manufacturing, a strategy used by some companies to more closely align production with immediate consumer demand. Today’s consumer has become a just-in-time buyer, increasingly aligning their purchase of product with their needs and wants.

Beyond back-to-school, retailers in the active-lifestyle industry have noted the shift, with more consumers coming into their stores at the last minute on the way to the ski slopes or out to the campground.

Part of that is the well-documented desire for instant gratification among the millennial generation — “I want it now.” But perhaps more so, it reflects the significant effect technology has played on our behaviors around planning and consuming. The smartphone has made us all great procrastinators.

Think about planning a ski trip 10 or 20 years ago. Consumers would have to spend quite a bit of time, and notably weeks and months in advance, communicating schedules with friends and family, booking flights, making hotel reservations, arranging transportation and researching restaurants. Knee-deep in all this planning, they’d visit retailers and buy up gear. And as the trip approached, all they could do was cross their fingers for snow.

Today’s technology has upended the entire process. Ski trips can be planned in a matter of days, perhaps starting with mobile snow alerts or great online deals for airfare. Facebook and Twitter allow for a quick callout to see who is in, and Airbnb provides a lodging solution. Restaurants, transportation and directions? No need to plan until there, then turn to Yelp, Uber and Google Maps for instant information and services. The gear? That’s last-minute too, and only if everything else followed through. “Look, the snow forecast is petering out; let’s go running in the city instead.”

All this flexibility is also why the active-lifestyle consumer has become much more a jack-of-all-trades when it comes to their sports, workouts and activities — yoga on Thursday, crossfit on Friday, trail running on Saturday and a hike on Sunday. At least, that’s the plan… for now.

Retailers React
Back at the shop, retailers are left trying to predict the unpredictable, especially as they face earlier pre-order dates from vendors. It’s no surprise many are shifting to more at-once orders.

Meanwhile, last-minute shoppers ready to buy — and willing to pay full price — sometimes grumble that they can’t find what they want in stores. It may be 75 degrees on an early day in November, but the traditional retail calendar has hats, gloves and down puffies out on the floor. Even Amazon’s free two-day shipping with Prime might be too long to wait for some consumers.

As we have noted from our associates at SSI Data, powered by SportsOneSource, despite the rash of retail bankruptcies in the active-lifestyle space, overall sales in the sector continue to be up for the year — meaning the demand for the goods remains.

The challenge for the entire industry heading forward will be finding ways to quickly match that demand with inventory no matter the time of year — similar to how Uber matches a driver to a customer within minutes — whether the product needs to shipped from Albuquerque or is available minutes away at a local specialty retailer. In the stores, active-lifestyle retail will need to adapt quicker to changing weather patterns and in-the-moment trends.