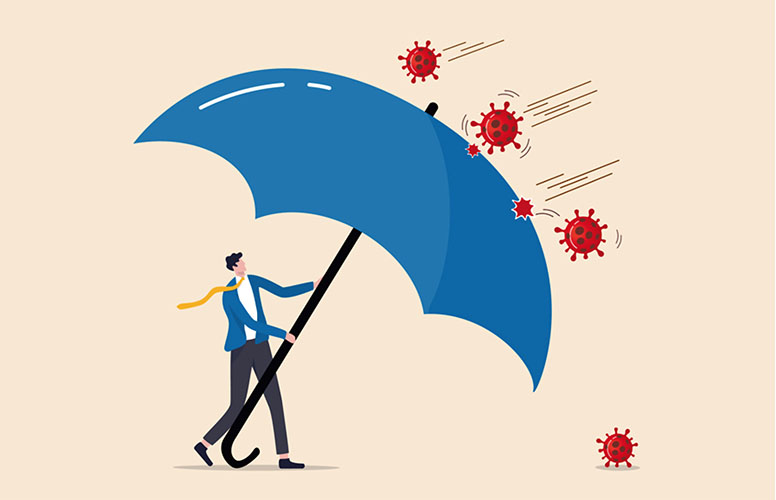 A report released by AlixPartners* finds that one in two consumers worldwide has had their consumption habits permanently changed due to the effects of the COVID-19 pandemic.

According to the firm’s research, Health Concerned and Most Anxious consumers worldwide experience both the most significant and the most permanent changes in purchasing behavior.

David Garfield, global leader of the consumer products practice at AlixPartners and leader of the firm’s Americas business unit, said, “Although there is growing hope around the world that consumers will eventually rebound from the pandemic, our new modeling approach reveals that significant numbers will experience long-lasting changes in their buying behaviors—changes that will lead to massive challenges for many companies as well as intriguing new opportunities for others.

Some of the other significant takeaways from the AlixPartners research include:

“Most Anxious” Consumers Are In Every Country, Led By The U.S.
No less than 44 percent of the consumers in the U.S. fell into the Most Anxious category in its survey and analysis. The next-highest country was France, at 38 percent, followed by Saudi Arabia, 37 percent, Italy, 35 percent, Germany, 33 percent, the U.K., 32 percent, Japan, 31 percent, China, 31 percent, and Switzerland, 28 percent. In the U.S., almost one-in-three, 29 percent, of consumers reported being extremely or very concerned about physical health, and just over one-in-four (28 percent) said they were extremely or very concerned about mental health.

Elevated Levels Of Online Commerce Are Here To Stay, But Turn Off Some Consumers
Leading the way in channel-shifting to online in the survey is China. For clothing and footwear, Chinese consumers said their shopping behaviors were permanently altered by the pandemic; no less than 70 percent said they plan to shop more online in the future than they did pre-pandemic.

High percentages of consumers who said they plan to shop more online in many other countries was also high for this product category, including the U.K., 43 percent; Germany, 39 percent; Italy, 31 percent; Japan, 29 percent; and the U.S., 29 percent.

The average for all countries surveyed was no less than 37 percent, versus an average of 20 percent who said they plan to shop for clothes and shoes more in-store; however, AlixPartners’ research also found that a significant percentage of consumers worldwide said that online commerce does not currently work well for them. For instance, in the grocery category, while a large average of 26 percent of consumers internationally whose purchasing behaviors have been permanently altered by the pandemic said they plan to shop more online for groceries, a higher figure, 27 percent, said they plan to shop more in-store. And it is similar regarding meals from restaurants among those whose habits have been permanently changed, where 27 percent on average internationally reported they are expecting to dine more in-person at restaurants, versus an average of just 25 percent who expected to do more at-home dining.

“As the world prepares to emerge from the pandemic,” continued Garfield, “companies should pay attention to the Most Anxious consumer cohort, as it both skews younger and is showing significant interest in new consumption patterns. At the same time, companies also need to recognize that value needs to remain as important as ever; that digital engagement needs to be a priority, both to capture those consumers who have been exposed more to digital commerce and like it, and those who have been turned off by things like less-than-perfect delivery experiences and that issues related to the environment, such as sustainability in packaging, are also critically important today.”

The AlixPartners survey was conducted January 11-30, 2021 and polled 7,164 consumers ages 18 and older across China, France, Germany, Italy, Japan, Saudi Arabia, Switzerland, the United Kingdom, and the United States. Its demographics were balanced across the countries by gender, age, income, education, and location (city/rural/suburban). It is the second AlixPartners survey and the first conducted in the summer of 2020. The survey will be repeated at regular intervals in 2021.