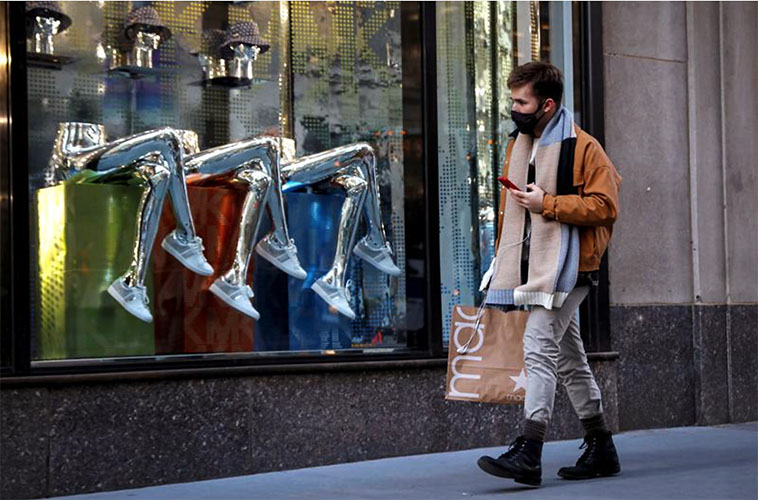 U.S. consumer confidence in March climbed to a one-year high, after a modest increase in February, as Americans grew more upbeat about the economy and labor market.

The Conference Board’s index increased to 109.7 from a revised 90.4 reading in February. That was the sharpest one-month gain in nearly 18 years and exceeded the most optimistic forecast in economist surveys.

Based on a probability-design random sample, the monthly Consumer Confidence Survey is conducted for The Conference Board by Nielsen, a leading global provider of information and analytics around what consumers buy and watch. The cutoff date for the preliminary results was March 19.

“Consumer Confidence increased to its highest level since the onset of the pandemic in March 2020,” said Lynn Franco, senior director of Economic Indicators at The Conference Board. “Consumers’ assessment of current conditions and their short-term outlook improved significantly, an indication that economic growth is likely to strengthen further in the coming months. Consumers’ renewed optimism boosted their purchasing intentions for homes, autos and several big-ticket items. However, concerns of inflation in the short-term rose, most likely due to rising prices at the pump, and may temper spending intentions in the months ahead.”

Consumers’ assessment of current conditions improved significantly in March. The percentage of consumers claiming business conditions are “good” increased from 16.1 percent to 18.5 percent, while the proportion claiming business conditions are “bad” fell from 39.7 percent to 30.5 percent. Consumers’ assessment of the labor market also improved. The percentage of consumers who said jobs are “plentiful” increased from 21.6 percent to 26.3 percent, while those claiming jobs are “hard to get” declined from 22.4 percent to 18.5 percent.

Consumers’ outlook regarding the job market was also more favorable. The proportion expecting more jobs in the months ahead increased from 27.4 percent to 36.1 percent, while those anticipating fewer jobs declined from 21.3 percent to 13.4 percent. Regarding short-term income prospects, 15.5 percent of consumers expect their incomes to increase in the next six months, up modestly from 14.8 percent in February. However, 13.3 percent expect their incomes to decrease, up slightly from 12.9 percent last month.