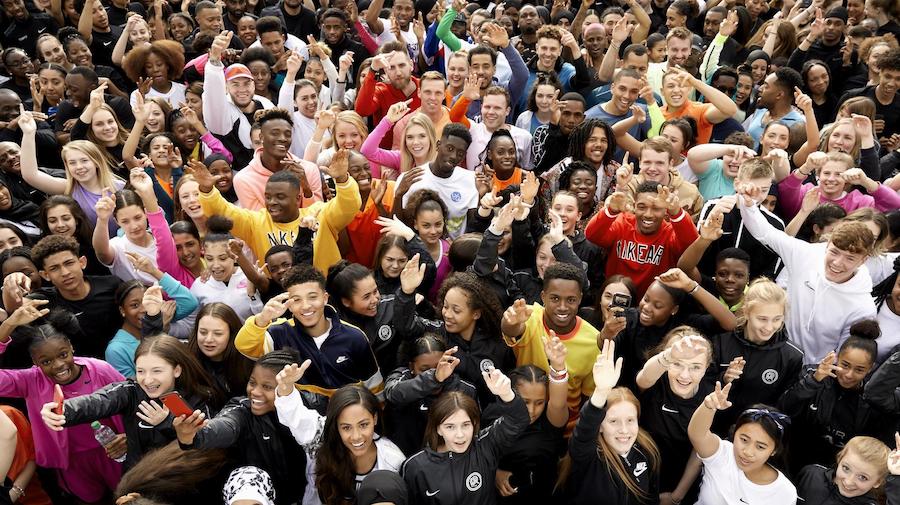 In footwear, Nike compared favorably to the average for fit, comfort, style, quality, celebrity/athlete endorsements, performance, technology, and collectability. Two lagging categories were 1) made by a brand that shares my values, and 2) good value for the money.

The study indicates that Nike has ample room for expansion in athletic apparel as the 36 percent of those who identified Nike as their primary apparel brand compares to Nike’s estimated 13 percent share in the category. The survey further shows that the average spend on Nike apparel increased 32 percent among respondents over the last six months. Jim Duffy, the lead analyst in the space, wrote in the report, “Those that wear the brand are younger, likelier to identify as on-trend and to view sport-relevant social movements in a favorable light.”

The survey showed Adidas had a significantly higher net promoter score than Nike in both athletic apparel and footwear and a more modestly higher average spend over the last six months in both categories. Wrote Duffy in the report, “Adidas resonates with some of the most attractive consumer sets, being disproportionately chosen as the primary brand of 21 percent of millennial males and 20 percent of urban respondents.”

In line with the company’s recent results, however, Under Armour’s average spend over the last six months was down notably in athletic apparel and more modestly in athletic footwear. Duffy wrote, “We continue to see equity in the Under Armour brand and remain confident in the potential for inflection to growth in North America beginning 4Q19.”

Among other brands, Skechers tied Adidas in second place as the primary athletic footwear brand selected by 11 percent of respondents; however, the brand skews older with 18 percent of GenX respondents choosing Skechers as their primary athletic footwear brand, second only to Nike in that age group. Skechers had a lower net promoter score, on average, but promoters of Skechers cite comfort more frequently than the average for all brands as the rationale for recommending the brand to friends.

The percent of GenZ respondents who report currently wearing Vans (37 percent) is second only to Nike (59 percent); however, only 3 percent of respondents identified Vans as their primary athletic footwear brand. Stifel noted the result could be biased by the wording of the survey based around “athletic” footwear. Vans is recognized for comfort and performance, and those who recommend the brand to friends cite styles/colors and trendiness of the brand more frequently than the average for all brands as the rationale for recommending to friends.

Despite Champion’s resurgence in recent years, only 5 percent of respondents cited Champion as their primary athletic apparel brand. Stifel likewise said the athletic-focused survey likely lacked a read into Champion’s more lifestyle-oriented consumer. Duffy wrote, “Those that recommended the brand highlighted style, old-school appeal and quality, suggesting the potential for marketing towards the street-inspired products.”

Other findings in the survey:

Stifel research commissioned a survey of 1,186 consumers to better understand behavior, preferences, and trends in the athletic footwear and apparel space. The respondents represented an equal number of GenZ (ages 18-to-24), Millennial (ages 25-to-39), and GenX (ages 40-to- 54) members. Stifel plans to conduct the survey every 12 months to identify changes from year-to-year.