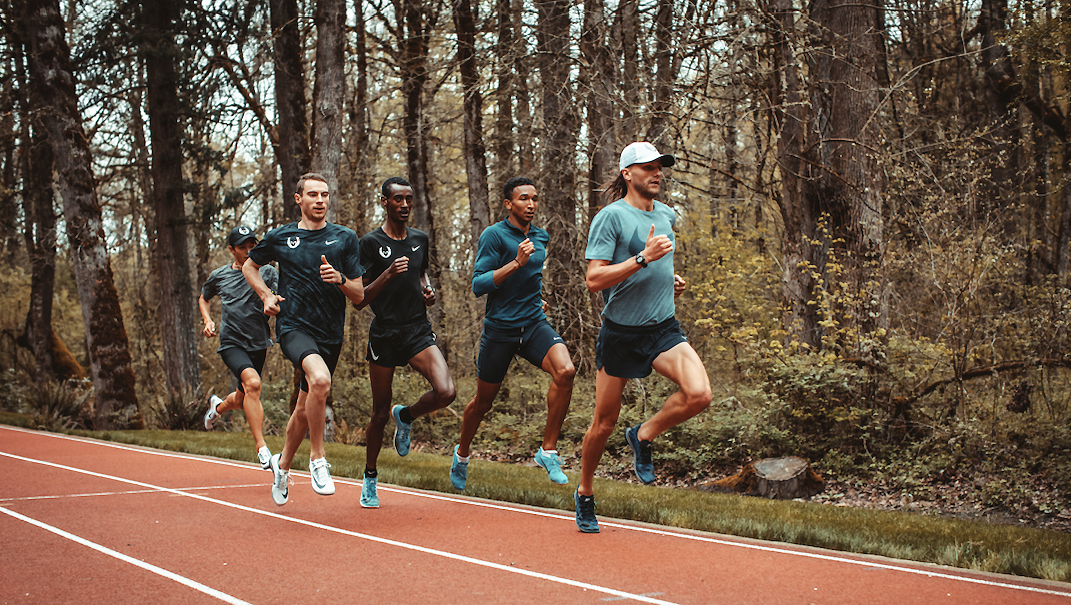 Adidas has partnered with Universal Standard, a U.S. brand focused on creating apparel for women of all sizes, on creating

a collection of inclusive and fashionable performance apparel.

Anta Sports announced it is cutting off contract renewal negotiations with the NBA in the wake of Houston Rockets general manager Daryl Morey‘s tweet about Hong Kong, according to Reuters.

Bed Bath & Beyond Inc. announced the appointment of Mark J. Tritton as president and CEO.

Big 5 Sporting Goods Corporation announced the appointment of Stephen Carley to its board of directors.

Bob’s Sports Chalet, one of Connecticut’s longest-standing snowboard and ski shops, will open a second location at 195 Main St. in Avon. The store currently operates a Bristol location.

At the conclusion of the 2020 Reebok CrossFit Games Open in October, CrossFit Inc. will find the fittest man and woman in every eligible country participating in the worldwide CrossFit Open and crown them national champions.

Making the rounds with the press to support his new book, Ed Stack, CEO of Dick’s Sporting Goods, is earning wide attention for saying the retailer destroyed more than $5 million worth of assault-style rifles following its decision to stop selling the weapons.

Dick’s Sporting Goods announced that it will host its second-annual “National Signing Day” on October 16 to support the company’s hiring efforts for seasonal teammate positions nationwide.

About 95,000 SPRI Resistance Bands-Ultra Heavy rubber from Fit For Life are being recalled.

Fitbit announced that it has undertaken a plan to shift its manufacturing operations outside of China for effectively all of its trackers and smartwatches.

FlexIt, the pay as you go gym app, announced its partnership with Theragun, a leader in percussive therapy and recovery technology.

The Footwear Distributors and Retailers of America (FDRA) and Munich-based TÜV SÜD have updated the Global Footwear Product Safety Guide.

Gap Inc. brands Athleta and Banana Republic launched an in-store pick-up service. Buy Online, Pick Up In Store, or “BOPIS,” is now available at all U.S. stores for both brands.

Garmin International Inc. announced its involvement in the National Runners Alliance, an advocacy initiative to help fight the harassment that female runners experience while exercising.

The Governors Challenge, the largest holiday basketball tournament in the country that’s held in Salisbury, MD, announced a new partnership with Under Armour.

ICSC forecasts 4.9 percent increase in holiday spending over last year for a total of $832.3 billion, with 90 percent of shoppers spending in physical stores.

Imports at the nation’s major retail container ports are expected to hit their highest level of the year again next month just before more tariffs take effect in December.

Mirror, which makes a reflective LCD display for following workouts at home, announced the launch of one-on-one personal training.

For the first time, Motionwear gymnastics leotards will be worn by a national gymnastics team at a competitive event.

Nerd Street Gamers, the esports infrastructure company dedicated to building the facilities (Localhost) that house leagues, training camps, tournaments, and showcases on professional-grade equipment, has completed a $12 million Series A financing round.

Nester Hosiery, a U.S. manufacturer of performance merino wool socks and home to the Farm to Feet brand, has promoted Katie Kumerow to the director of sustainability.

The Nike Oregon Project, Nike’s elite track and field training program, is being shut down. The news came 10 days after Oregon Project head coach Alberto Salazar was given a four-year ban by the U.S. Anti-Doping Agency (USADA) for doping conduct.

Puma signed a  multi-year partnership with the Fédération Royale Marocaine de Football, adding the country to its increasing portfolio of national team federations.

The RV Industry Association announced that its board of directors has unanimously selected Craig Kirby to serve as president of the association.

Sequential Brands Group Inc., the parent of Avia, And1 and Gaiam, announced that Karen Murray, its CEO, has stepped down. The company has engaged Stifel to review strategic alternatives, including the sale of certain brands.

Snowsports Industries America (SIA) said Monday it is opening its membership to retailers, reps and resorts, allowing each board eligibility, voting rights and other benefits.

SportsEngine Inc., an NBC Sports Group company, announced that it has partnered with TrueSport, a positive youth sports movement powered by the U.S. Anti-Doping Agency (USADA), to launch the Champion Coach Recognition Program.

Topgolf International Inc. is exploring an initial public offering (IPO), according to a report from Reuters.

Topo Athletic, the maker of natural running footwear, recently announced the appointment of Michael O’Brien as its new marketing director.

Topsports, the Chinese sportswear retailer, raised roughly $1 billion and achieved a market cap of $6.74 billion after pricing its shares at HK$8.50 (about $1.08) apiece in a Hong Kong IPO, according to Reuters.

USA Football will host a national flag football championship in 2020 titled, “The One.”

The University of Florida (UF) baseball and softball programs announced an exclusive partnership with the Wilson Sporting Goods family of brands, including Wilson, DeMarini and EvoShield.