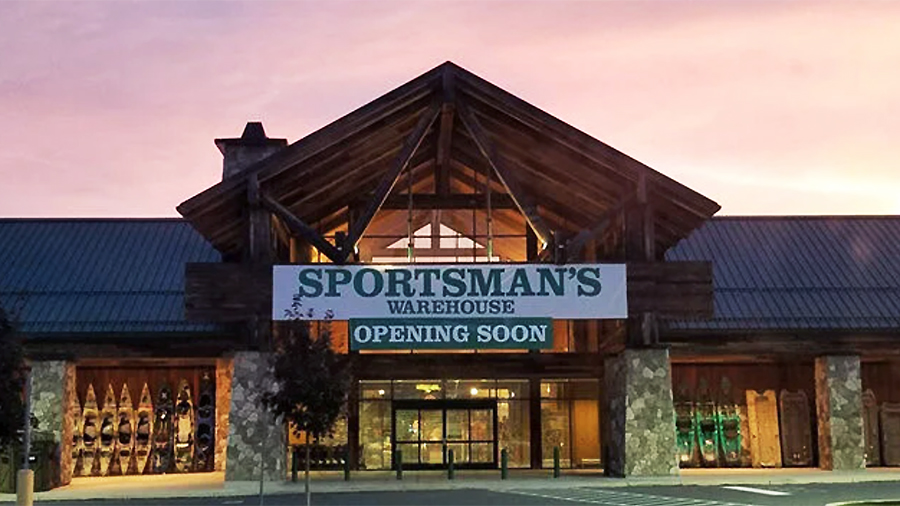 At its Investor Day last week, Sportsman’s Warehouse announced plans to double the pace of new store openings over the next three years to grow sales on average by 10 percent annually through 2025.

The meeting, held on September 22, was closed to the media but an updated investor presentation posted on the retailer’s website outlined details of its growth strategy.

The meeting comes as Bass Pro and Sportsman’s Warehouse, in December 2021, called off plans to merge when it became evident FTC anti-trust approvals could not be attained. Bass Pro had agreed to purchase Sportsman’s Warehouse for $18 per share in cash, equating to approximately an $800 million purchase price.

Highlights from the meeting held at the retailer’s headquarters in West Jordan, UT include:

At Craig-Hallum, Ryan Sigdahl noted, “Our biggest incremental takeaway from SPWH’s Analyst Day is a plan to double the pace of new store openings over the next three years along with attractive (and we think achievable) medium-term financial targets. Given record participation in outdoor recreation ($70B TAM), a competitively advantaged business, and an efficient new store expansion playbook, we think the business and stock opportunities are significant.”

Sigdahl said Sportsman’s Warehouse has “improved across every aspect versus the Sportsman’s of old,” including improving its balance sheet to achieve a leverage ratio of 0.6 times in 2021 versus 3 to 4 times a few years ago, modernizing much of its fleet through updates, building a wide assortment of good/better/best inventory with a focus on value, growing loyalty rewards and credit card databases, and significant e-commerce growth. He wrote, “The combination is winning with customers.”

Craig-Hallum has a “Buy” rating at a $15 price target. Sigdahl wrote, “We think there is sustainable SSS (same-store sales) growth, margin expansion and 15 percent+ EPS CAGR over the next 5+ years driven by increased participation in outdoor recreation, accelerated new store openings and market share gains given actions by competitors to de-emphasize hunting/guns/ammo.”

At Piper Sandler, Peter Keith reiterated his “Neutral” rating and $10 price target following the Investor Day event.
“While the company has benefited from share gains as larger retailers have all exited the gun/ammo category, future share gains will have to come from the roughly 50k smaller independents that control about 65 percent of the market,” said Keith. “The compliance aspect of selling guns and ammo is cumbersome, and we believe SPWH has a competitive advantage purely from their size and technological capabilities. However, we maintain our Neutral rating due to demand pull-forward concerns for both firearms and ammo.”

At B. Riley, Eric Wold reiterated his “Buy” rating on Sportsman’s Warehouse and raised this price target from $14 to $16.
He noted that with adjusted firearms background checks still running about 30 percent above 2019 levels and his team’s recent Federal manufacturing plant site visit with Vista Outdoor indicating strong point-of-sales sales trends for ammunition, Wold believes Sportsman’s Warehouse “remains well positioned” to capitalize on the 14 million new firearms owners entering the market during the pandemic.

The analyst noted, “Under the backdrop of continued elevated outdoor activity participation trends following the initial pandemic-driven boost, we came away from the Investor Day increasingly optimistic about SPWH’s potential to gain incremental market share and customer loyalty. In addition to management’s plans to accelerate store growth in the coming years with the flexible store format, we believe the departure of other competing retailers from the firearms and ammo segments provides an attractive set-up for repeat purchase activity and store visits.”

At Baird, Justin Kleber reiterated his “Neutral” rating on Sportsman’s Warehouse at a $9 price target following the analyst meeting although he was positive on the retailer’s long-term growth potential. He noted, “While sector demand continues to normalize (and macro/inflationary pressures are weighing on certain high-ticket/high-consideration purchases), outdoor participation trends (hunting/fishing/camping) are proving sticky/durable, so we believe industry sales have re-baselined higher relative to pre-pandemic levels.”

Kleber said Sportsman’s Warehouse’s ‘low cost/no-frills’ store model and flexible format (including ‘Spike Camp’ concept) is a key differentiator relative to the larger/ more ornate retailers in the industry” and he was impressed by the improved layout, better sightlines and enhanced visual merchandising at refreshed stores.

“We believe shares offer good long-term value,” wrote Kleber in his investment thesis. “However, we are staying patient near term as macro pressures cloud visibility into a fundamental inflection.”