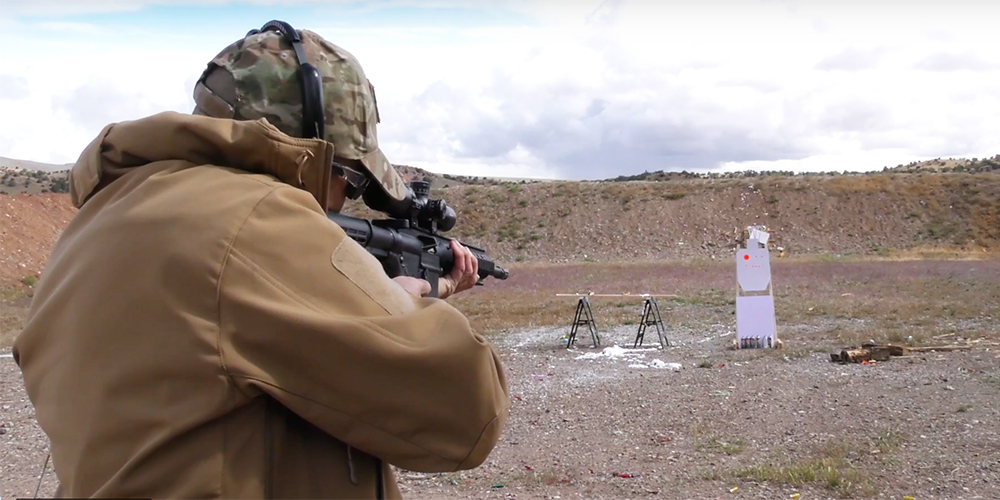 Jon Barker, the CEO of Sportsman’s Warehouse Holdings Inc., likens the sale of ammunition to that of milk in a grocery store.

It’s not the biggest moneymaker, but the commodity provides significant value by bringing shoppers through the doors. Those visits, in turn, compel customers to browse the store’s aisles, ask themselves “what else do I need?” and then purchase additional items.

For the last two months, however, Sportsman’s Warehouse has been faced with fierce competition from another supplier of that key traffic diver. When Walmart decided to exit the ammunition category, the retail giant discounted its remaining stock, which took a direct toll not only on Sportsman’s own ammunition SKUs but also an indirect toll on overall product sales because of fewer cross-selling opportunities.

In other words, more people went to Walmart for their ammunition needs and then took care of their other shopping while there. These headwinds were among the key drivers that led to Sportsman’s Warehouse last week lowering its financial guidance for the fourth quarter and fiscal year 2019.

“We knew going into Q4 that we were going to see some market dynamics that we hadn’t seen prior,” Barker told investors Monday at the ICR Conference in Orlando, FL. “We understood going in that Walmart would be exiting key categories of ammunition.”

Barker has addressed these issues before, including in an SGB Executive conversation last month.

But Walmart wasn’t the only factor in the quarter. As Barker outlined at the investment conference, an abbreviated holiday shopping season—about a week shorter than usual because of a late Thanksgiving—and rampant holiday promotional activity from other competitors cut into sales.

“We knew there was likely to be some Gander Mountain stores closing,” Barker said. “We had heard through the grapevine that maybe Dick’s Sporting Goods would be promoting. We attempted to forecast all of those things combined into our Q4 forecast for same-store sales. To be frank, the Walmart [ammunition exit] turned out to be as expected. The promotional activity, however, we saw from Dick’s Sporting Goods across their entire hunting business—not just firearms and ammunition, but the entire business—was then closely followed by [promotional activity at] Cabela’s/Bass Pro and Academy, which impacted sales starting around the second week of December.”

Dick’s has made it known that it is stepping back from firearms and ammunition sales in response to the 2018 Parkland, FL, high school shooting. As the retailer sheds those categories, it’s also discounting inventory and attracting customers in search of a good deal. And other stores, including Cabela’s, are consolidating.

But Sportsman’s Warehouse didn’t overreact to Walmart’s ammunition discounting and other retailers’ promotional activity, Barker noted. While that fits the retailer’s market strategy, it can have short-term effects.

“We spent a lot of time internally analyzing the impact of us following those that promotional cadence, or staying true to our pricing and promotional schedule,” he said. “We decided as a team to stay true to the rigor that we have put in place for Q4 and we allowed others to drive revenue or margin down to zero for some key categories.”

That meant reducing guidance. For the fourth quarter of fiscal year 2019, Sportsman’s now expects net sales to be in the range of $250 million to $254 million based on same-store sales in the range of down 7 percent to down 6 percent compared to prior fiscal-year period.

“Our fourth-quarter financial performance has been negatively impacted by temporary headwinds that were exacerbated by the shorter and more competitive holiday selling season,” Barker said last week. “These headwinds were driven by key competitors discounting their firearm and ammunition inventory as they continue to de-emphasize or completely exit these categories, and difficult year-over-year sales comparisons due to legislative changes in Washington and California. These factors were more impactful to store traffic and sales than initially projected. Our rigor in maintaining a disciplined approach in pricing and promotions in the face of these headwinds resulted in a shortfall versus our financial expectations for December.”

Despite the lowered guidance for the fiscal fourth quarter, Barker said Sportsman’s is upbeat on the long-term growth prospect for both firearms and ammunition. Not only is Dick’s working through its inventory, but Walmart is done selling ammunition, having donated its remaining inventory to police departments.

“That’s now behind us,” Barker said, “and we’re starting to see the milk come back and drive the traffic.”