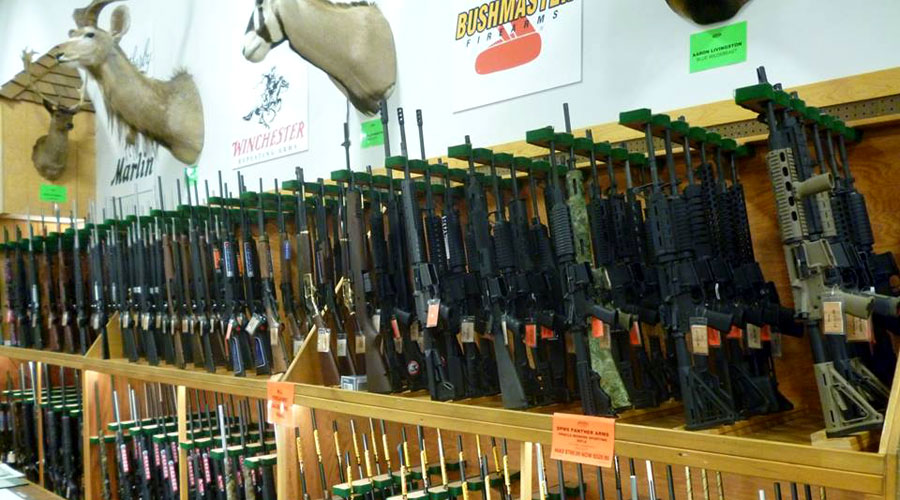 Sportsman’s Warehouse (Nasdaq:SPWH) CEO John Schaefer sees nothing but upside to the Republican victory in the recent U.S. elections, despite the irony that the previous eight years with a Democrat in the White House greatly improved firearm sales, a key part of the retailer’s business.

That boost in sales was largely credited to the fear of greater gun-control laws, a fear now reduced with Republicans gaining control of the White House, Senate and House. That has some predicting a decline in gun sales ahead.

“With the election uncertainty behind us now, we believe a Republican White House and Congress is a positive for both our company and for the shooting sports industry, as gun legislation fears should be alleviated, setting the stage for continued steady growth in firearms,” he said on the company’s quarterly conference call.

Schaefer said any surge in gun sales tends to come before the election, which it did about a week before. Furthermore, looking beyond fear, he claimed the boost in gun sales over the past years has gotten more people involved in shooting sports.

“All those people that joined became first-time purchasers in 2012 and into 2013 … it is clear that those people are really now buying their second, third and fourth firearm, as they get comfortable with techniques of shooting both a handgun and a long rifle, and become interested in the different types of calibers of rifles, the different types of make-ups of rifles, whether it be a bolt-action rifle or a modern sporting rifle,” Schaefer said. “So they’re starting to act like longer-term buyers in the shooting sports. And I think that bodes really well for the industry on a go-forward basis, just from an organic growth standpoint.”

Merging Competition
Schaefer also addressed the pending merger between two of Sportsman’s Warehouse’s biggest competitors, Cabela’s and Bass Pro Shops, saying it will be an opportunity for his business due to the likelihood of little store growth coming from the other two.

“Given the approximately 40-percent store overlap in a 50-mile radius that these companies have, we believe the near-term focus will be elimination or repurposing of owned real estate, which can be highly distracting and a significant impediment to new incremental store growth,” Schaefer said. Sportsman’s Warehouse, in the meantime, added 11 stores in 2016 for a total of 75 in 20 states, with an additional three new stores announced for early 2017.

Schaefer added: “Lastly, the resulting size of the combined entity, and its position as a highly leveraged private company, we believe will cause caution in the vendor community and increase the appetite for vendors to expand merchandising efforts with other players, such as ourselves, to offset this increased risk.”

Both clothing and apparel sales turned positive on the same-store basis with gains of 5.2 percent and 2.4 percent, respectively, during the third quarter. And also from a same-store sales comparison, average ticket order and customer conversation rates were up. Accessory, optics and camping sales were the callout weaknesses during the quarter.

Despite the overall favorable figures, gross margin as a percentage of sales slipped 40 basis points to 34.2 percent, largely on the growth of firearms and ammunition sales, whose margins are smaller than clothing and footwear, officials said. SG&A expenses remained flat at 24.7 percent. Net income for the quarter came in at $10.5 million, or 25 cents per diluted share, versus a net income of $9.5 million, or 23 cents per diluted share, a year ago.

As of October 29, 2016, the end of its fiscal third quarter, ending inventory was $304 million, as compared to $253.9 million at the same date a year ago. Most of that increase is from new stores as, on a per-store basis, inventory increased by only 2.2 percent.

Future Initiatives And Forecast
Company officials said the business remains committed to its store-growth plan, with an annual square-footage growth rate of 10 percent for the next few years. Its three newly announced stores include locations in Yuma, AZ, Eureka, CA and Henderson, NV.

And while it’s focused on driving consumers to its physical stores (the company claims 30 percent of its merchandise either cannot be found or is very hard to find elsewhere online from competitors), it will also make e-commerce investments. One recent change online that drove traffic was the posting of its gun assortment online. Buyers can browse on the site but must still purchase in store due to federal regulations.

Looking ahead, Sportsman’s Warehouse officials narrowed the company’s revenue and earnings ranges without any significant moves up or down. Fourth-quarter sales are now projected between $230 million and $235 million, with same-store sales coming in between a 1 percent gain and a 1 percent loss. Fourth-quarter earnings per diluted share are slated between 27 cents and 30 cents.

For the full year, sales are expected between $789 million and $794 million, with same-store sales projected between flat and up 2 percent.