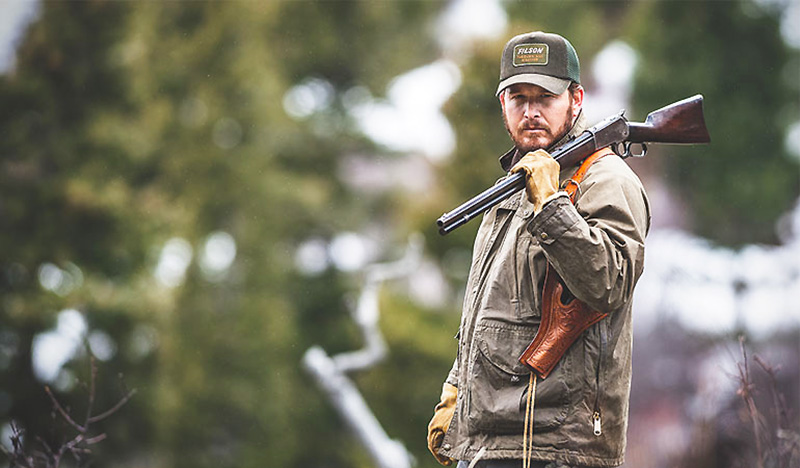 Sportsman’s Warehouse Holdings Inc. said this week it projects some near-term pressure on ammunition sales in light of competitors like Walmart offering deep discounts as they sell off their inventory and exit the category.

But Midvale, UT-based Sportsman’s has its eyes on a bigger prize—taking market share once those other players have gotten out of the ammo game altogether.

“We saw in mid-November the pricing start to get more aggressive from those stores.” Sportsman’s CEO Jon Barker said told analysts on Wednesday afternoon’s earnings call. “We are now seeing a situation where it appears that they are dwindling through that inventory at a price point that’s very, very promotional. Our understanding is that the new receipts into Walmart have stopped, so over the next few weeks, we expect to see that ammunition be sold through. That’s creating some near-term pressure on ammunition pricing in that commodity class, which we are not chasing. We are staying with our everyday low pricing in our traditional promotional cadence. The exciting thing for us as we look forward to 2020 is every one of our stores has at least one Walmart within 20 miles.”

In other words, after Walmart has sold through that inventory, look for customers to make their way to a nearby Sportsman’s Warehouse. The average distance between Sportsman’s and Walmart locales is actually more like eight miles, Barker noted, and in a few cases, Sportsman’s locales even share a parking lot with a Walmart. So ammo shoppers won’t have far to travel.

“While near-term it is creating some pressure on the sales for that category, long-term they will exit those categories, which we expect to be somewhere between $250 million and $300 million nationwide,” Barker said. “There’s a nice market opportunity for us to go after.”

Barker issued these comments after the company reported its third-quarter earnings. Sportsman’s Warehouse lifted its sales guidance after reporting revenue for the period ended November 2 increased 8.7 percent to $242.5 million primarily due to a same-store sales increase of 4.8 percent from the prior-year period. That beat expectations by $7.1 million.

The nice quarter, coupled with some other tailwinds (detailed below), has the company bullish on the remainder of the year. Sportsman’s Warehouse now expects to generate $891 million to $901 million in revenue for the year versus a prior view of $866 million to $884 million.

A huge win for Sportsman’s in Q3 was the $28 million opportunistic acquisition of eight Field & Stream stores from Dick’s Sporting Goods, which had decided to unload the assets as part of its ongoing “strategic review of its hunt business.” In other words, Dick’s was looking to shed some “hook and bullet” assets and sharpen its focus on core categories.

Dick’s loss was Sportsman’s gain. The new stores contributed about $3.8 million of revenue in Q3. That totaled about half of the quarterly revenue growth, with the other half from same-store sales growth.

Though Sportsman’s will not disclose how much the new stores will impact Q4, the company is clearly bullish on this brick-and-mortar play. Barker said the company was able to rebrand and open those eight stores in the last two weeks of Q3—not too long after the acquisition closed.

Not only that, but the new additions are in strategic locations, and Sportsman’s bought their existing inventory at a discount and should have most of it sold off by the end of Q4.

“In terms of unit economics, the eight acquired stores are an average of approximately 50,000 square feet, which is larger than the average Sportsman’s Warehouse store,” Barker said. “We expect them to double-digit four-wall EBITDA margins and at least 20 percent ROIC [return on invested capital], consistent with the traditional Sportsman’s Warehouse store hurdle rates. While these stores are still new, we are pleased with their performance thus far.”

Meanwhile, Sportsman’s Warehouse continues to see growth in its firearms and ammunition sales, which increased 4.9 percent in the third quarter.

“This performance continues to be a reflection of our dominant positioning within the firearms industry, leveraging our extensive offering and value-added services including FFL [federal firearms license] partnerships and used firearms,” Barker said. “These differentiators and our best-in-class shopping in-store and online at sportsmans.com are driving customer acquisition and engagement. For the third quarter, firearm units increased 3.9 percent driven by growth across a broad spectrum of firearms products.”

The company also continues to invest heavily in its digital capabilities, noted Barker, whose strong e-commerce background includes a stint at Walmart.

“We continue to be very pleased with the traction we’ve seen from our new website sportsmans.com, as well as improved digital capabilities including BOPIS, which increased over 80 percent in the quarter versus prior year,” he said. “In addition, we are moving from a test to rollout phase for ‘ship from store to home’ with 20 stores now utilizing this capability to improve transit time for our customers, reduce transportation expenses and increase leverage on our inventory. We will continue to grow and enhance these features and keep you updated on additional progress.”

Sportsman’s Warehouse also continues to beat the drum on customer acquisition and engagement, both of which are essential in today’s competitive landscape. So far, so good on that front, with the company seeing “strong growth in our loyalty program in Q3,” Barker said.

“We now have over 2 million members, driving approximately 50 percent of our revenue,” he said. “As an extension of our loyalty program, during the quarter, we launched our new Sportsman’s Warehouse, Explorewards Visa card through a partnership with Alliance Data. This program provides greater access to credit for our customers and best-in-class benefits including the ability to earn five points for every $1 spent in a Sportsman’s Warehouse Store or online at sportsmans.com.”

What’s more, Sportsman’s Warehouse remains laser-focused on merchandising as the company expands its exclusive product offering in hopes of winning even more customers. All told, the company is upbeat heading into the final quarter of the year.

“We are very pleased with the momentum of the core Sportsmen’s business as we continue to make progress on all of our growth initiatives,” Barker said. “The underlying strength of our core business combines the successful completion of the eight new store acquisitions, further strengthens our competitive positioning and we remain focused on building on our share gains moving forward.”

Editor’s note: Next week in SGB Executive, look for a one-on-one conversation with Sportsman’s Warehouse CEO Jon Barker, who spoke with us about the company’s acquisition strategy, firearms market opportunities, the importance of omnichannel and much more.