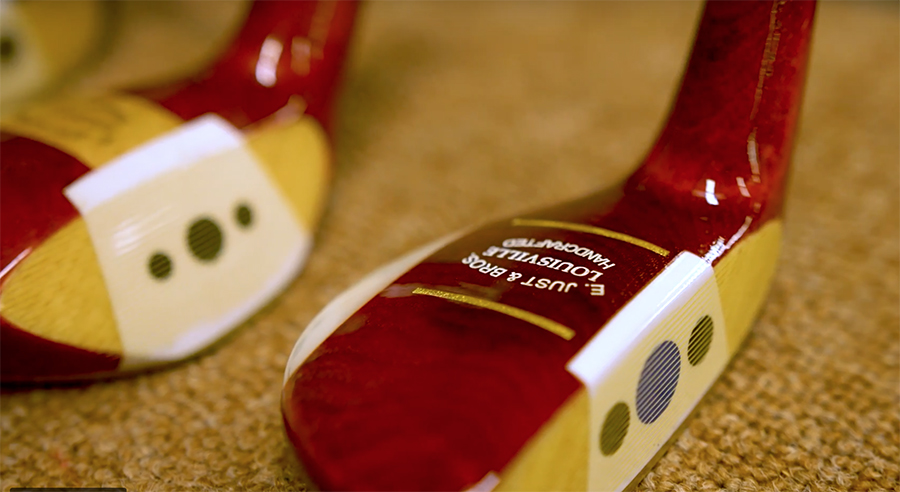 What attracts people to play golf and keep them in the game?

Golf is a soulful sport. It connects people through its humbling nature, being outdoors in the beauty of the course, pulling off a great shot, and being able to play well into your 80s. And it doesn’t matter whether you’re playing at your local municipal golf course or at an exclusive resort, the game’s the same and no two holes are alike. 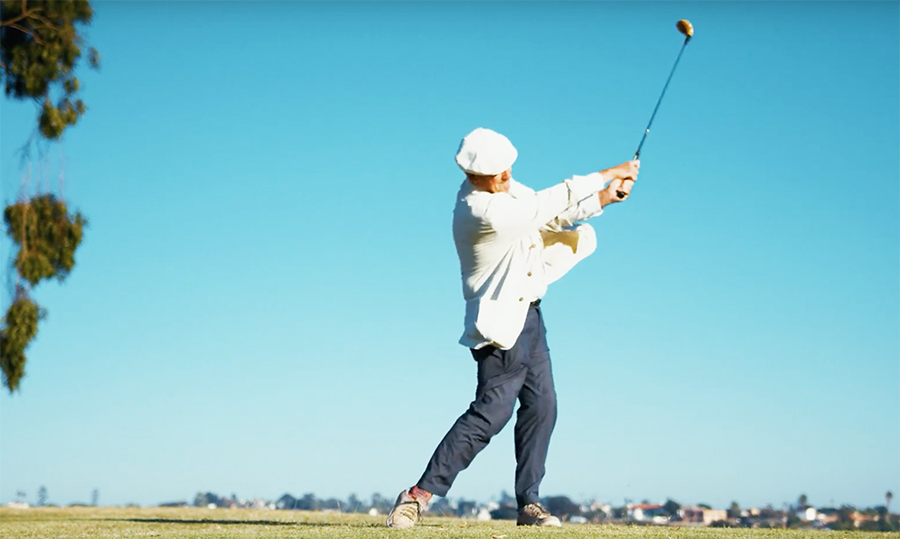 The origins of playing golf were first recorded in Scotland in the 15th century near St. Andrews. In the subsequent 600 years, the game has advanced from simple handmade clubs and balls to computer-generated designs using advanced materials such as carbon steel. And there is no metal club that can match the driving perfection of a Miura hand-forged iron.

The one thing that has remained unchanged, and as much a mystery—and frustration—through all the centuries, is hitting the golf ball and sinking a hole.

In the 1900s golf was a popular pastime, for those who could afford a club membership, and wood clubs were usually made by the local golf pro up until around 1910 when factories started making them due to demand. Around 1908 designers figured out that you could get more backspin on a ball and get more distance with a grooved club. With the coming of age of the modern golf ball in 1905, the two went hand-in-hand and changed the game of golf.

Louisville Golf is the only factory in America that makes wood clubs. The difference between Louisville Golf clubs and metal clubs would be liking buying a suit off the rack versus going and having a suit custom made.

The blank woods are hand-crafted by three brothers and one friend, shown below, who have worked together in the Louisville Golf factory for more than 40 years. Using Persimmon wood, the men carve and create works of art—each head requiring more than 200 operations to complete, and shown in the lead photo.

Listen here to their uniquely Made in America story, or click on the still shot below.

Linksoul was founded on the idea of connecting people to the soul of the game. Geoff Cunningham is Co-Founder and Art Director. It’s this soulfulness that drives him to create things that resonate with golfers no matter the level or course of play.

As a child, Geoff would spend hours in surf shops fascinated by the unique hand-shaped surfboards lining the walls. Each one finished to perfection with artwork that complimented a future rider and connected him to a big wave. He was also mesmerized watching his Grandfather repair Persimmon woods in his workshop, watching for hours as he poured lead into the heads, varnish the wood and redo the whipping.

As an artist, Geoff wanted to create one-of-a-kind woods that would pay homage to the game of golf and to his grandfather.  Through a collaboration with Louisville Golf, Geoff got his chance. 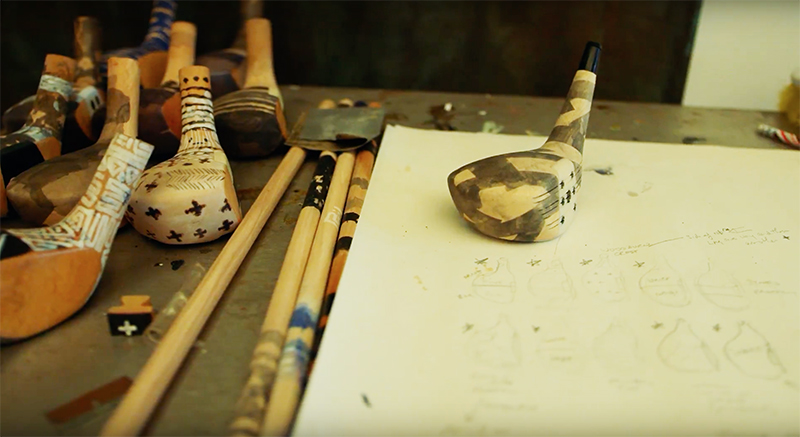 Listen here to Geoff tell the story about his Limited Edition Linksoul Woods and the connection he has with the men at Louisville Golf—who use the same Persimmon wood his Grandfather used to create the wood blanks he uses today. 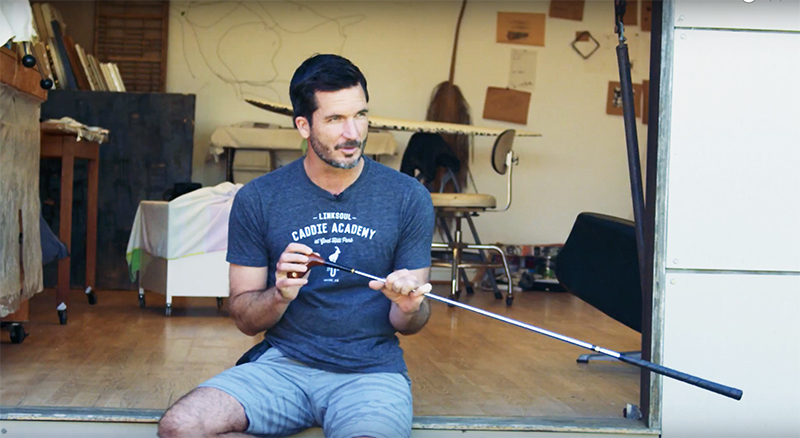