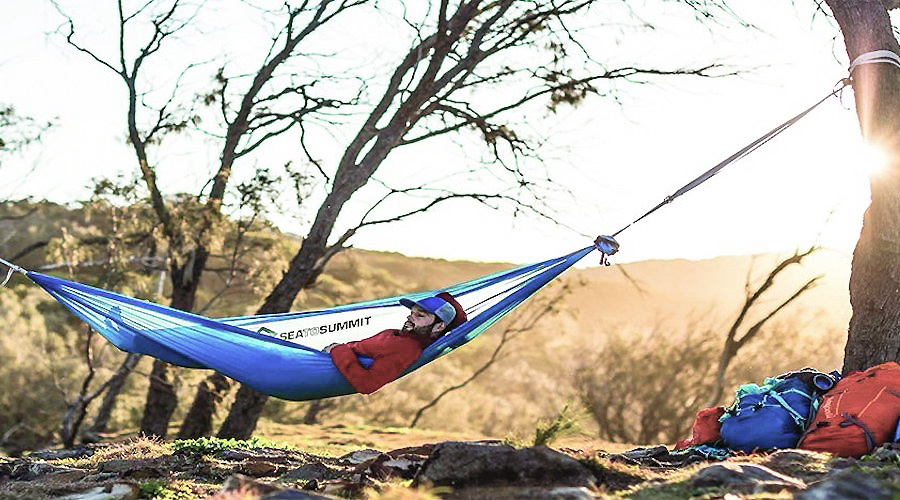 Obstacles are commonplace in M&A, but as Australia-based outdoor brand Sea to Summit worked to close the acquisition of its North American distribution partner over the last few months, the company faced a decidedly uncommon hurdle—a business-disrupting, economy-gutting, once-in-a-lifetime global pandemic.

Indeed, it did. Sea to Summit formally took ownership of its Boulder, CO-based partner this week, but the road to get there wound up being much longer and much more winding than expected.  North American distribution over the last 22 years had been handled by Andrew and Shelley Dunbar. The couple continue to own Boulder’s Neptune Mountaineering, which they acquired in 2017.

Acquisitions have been an understandable business casualty of COVID-19, and while Sea to Summit did reach the finish line of this deal, it turned into quite the slog.

Due diligence was a huge challenge since the Sea to Summit corporate transition team couldn’t even leave their home state of Western Australia, much less travel from Perth to Boulder. That meant the May 1 handover date from sellers Andrew and Shelley Dunbar to Sea to Summit was delayed more than a month to June 9.

What’s more, COVID-19 forced Sea to Summit—just as it did with so many in the outdoor world—to enact layoffs and furloughs so the brand could control costs as supply chains snarled, the demand environment softened and channel partners closed their doors. That backdrop only added to the complexity of the integration.

Despite the seemingly insurmountable odds, the brand honored its agreement to move forward with the acquisition and find a way to adapt to the current crisis and overcome whatever snags threatened the transaction from closing. Backing out wasn’t an option.

“It was never on the table to scrap the deal,” Simpson said. “We view the fundamentals of the business here to be very strong. The brand is in a good place and on a good trajectory of growth here. We just see this as a speed bump.”

That speed bump appears to be leveling out, especially now that businesses are beginning to reopen and the deal has officially closed. Sea to Summit can instead focus on its original goals for this new chapter—one that begins after a solid 22-year run with the brand’s independent North American distribution model being owned and managed by the Dunbars.

“Andrew and Shelley have done an amazing job building the brand in this market,” Simpson said. “They took it from zero to a significant player in North America. What they built was attractive enough for the brand to want to acquire it, and what they built is the perfect vehicle for us to continue the strong growth that the brand has experienced over the last decade.”

The brand is excited to pursue the goals it laid out in January when it announced the decision to buy its distribution partner—integrate the North American team and operations into the company’s global brand strategy to facilitate direct collaboration and leverage synergies between the North American office in Boulder and the global headquarters in Perth.

Roland Tyson, Sea to Summit’s founder and president, spoke with SGB Executive just as the coronavirus crisis was beginning to rankle businesses around the globe. He said the decision to purchase the brand’s North American distribution partner hinged on one important factor—which remains intact amid this global crisis.

“We recognize the strategic importance the North American market represents. It’s our largest market and globally influential to the brand,” Tyson said. “Our global trajectory is in a pretty exciting place at the moment and in order to fully leverage all the synergies of the business, having direct ownership and control in the brand’s largest market is a key strategy to support future growth.”

While the layoffs have taken a toll on Sea to Summit’s immediate growth plans for its new company-owned North American headquarters, long-term projections haven’t changed.

“As all companies are experiencing right now, we saw a pretty drastic downturn in business for April and May, but we’re starting to slowly see promising signs out of REI, and our independent shops as well, that things are coming back to life,” Simpson said. “We’re confident that the fundamentals of the business are still very strong, that the opportunities for the brand are still very strong in this market and that the whole outdoor industry is obviously well-positioned in times like this.”

That’s perhaps the chief reason why Sea to Summit is as bullish on this deal as it was in January when Simpson first spoke with SGB Executive about the pending transaction at Outdoor + Snow Show in Denver, CO.

After all, Simpson noted, the COVID-19 crisis has amplified the many outdoor pursuits that promote social distancing and rely on the gear that Sea to Summit makes—cycling and climbing, backpacking and boating, road trips and camping trips.

“For the outdoor industry as a whole, I think the demand for the products only gets stronger because of this, at least in the short term,” Simpson said. “But the questions now are: ‘Where are the customers and how do you get to them?’ ‘How do the channels change?’ ‘How does the flow of products between manufacturer and user ultimately shift because of this?’ Those are the things I think everybody’s asking themselves right now.”

Simpson said the brand has retooled its go-to-market strategy in light of trade shows being scrapped; sell-in for Spring 2021 is happening, he said, just virtually.

As for specific growth plans for North America, the region represents about one-third of Sea to Summit’s global revenue (which the privately held company doesn’t disclose). But Tyson said the company sees “no reason why the North American market won’t exceed 40 percent of our global revenues within the next three years.”

The Boulder, CO operation being under corporate ownership is a big part of that ambition to take share here, he added.

“This is bringing us closer to the end-users and retailers in our largest market,” Tyson said. “It allows us to have a more direct and productive relationship with them. Sea to Summit is a design-driven brand, that will never change, and providing our designers a more direct connection to the brand’s largest market is going to allow us to be more nimble and reactive to the needs and demands of the North American market.”

One goal for the brand is to build new retail partnerships in the outdoor specialty channel, which remains the priority for Sea to Summit and holds a special place in the hearts of many of the brand’s employees, Tyson said.

“Almost everyone inside the Sea to Summit organization has spent time on a retail floor,” he said. “We know and appreciate the value specialty outdoor retailers bring to the brand and we intend to strengthen those relationships in the years ahead. One of our key strategies is to build greater brand awareness in this market. We believe this will only benefit our retail partners.”

Simpson, one of those employees with a strong retail background, is thrilled to be leading this venture. He first worked with the brand as a retailer in Australia in 2003, and he also used Sea to Summit as a distributor for a small outdoor brand he launched in Australia, which later led to working for the Dunbars for a number of years.

“Sea to Summit has been a big part of my life for a long time,” he said.

And now a big part of his life is going to be leading Sea to Summit’s new chapter, which just happens to be taking place in the new normal of a post-pandemic world. He’s already learned a lot during this crazy, disruptive time. Now he’s raring to get this next leg of the journey underway.

“There’s going to be some rebuilding going on over the next six to eight months from some of those cuts that we had to make,” he said. “But we are bullish on the opportunity before us, and we’ll get through this. Sea to Summit has always prided itself on nimbleness and being able to adapt quickly. We’re confident that we’ve got a strong path ahead for the brand here in North America.”

Nidecker Snowboards to Move to Ogden

Giant and Merida Expect a Record 2004…