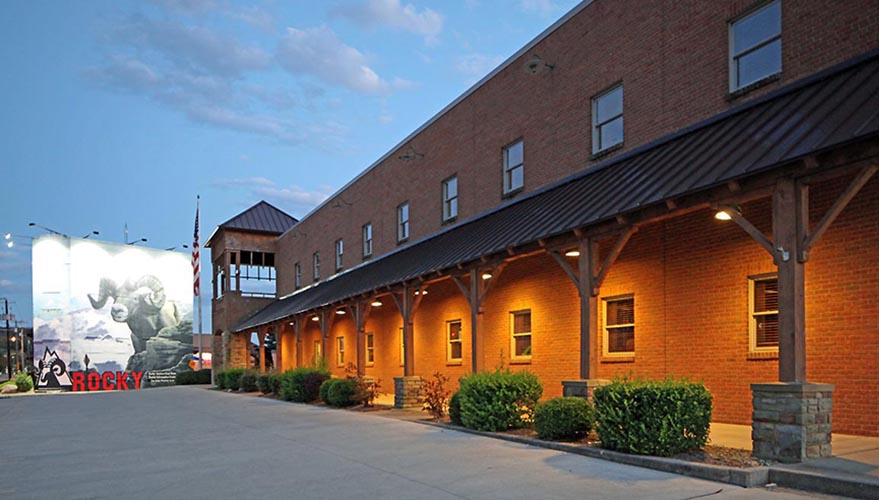 The combination of essential businesses and its own e-commerce channel helped Rocky Brands Inc. somewhat weather the coronavirus storm during the first quarter, but they weren’t enough to keep the Nelsonville, OH-based company from being significantly impacted financially.

The company on Tuesday reported first-quarter net sales of $55.7 million, down from $65.9 million in the year-ago period and shy of Wall Street’s estimates by $10.6 million.

Adjusted net income for the first quarter of 2020, which excludes expenses related to the closure of the company’s manufacturing facilities due to COVID-19, was $2 million, or 27 cents per diluted share. Analysts had expected EPS of 47 cents.

The obvious headwinds of COVID-19 closures stunted Rocky Brands’ momentum heading into 2020, including achieving seller-fulfilled status on Amazon Prime and an especially buoyant fourth quarter that saw revenue climb in the double digits.

“Our business is holding up well despite one of the most difficult operating environments in our company’s long history,” said Jason Brooks, president and CEO. “We entered 2020 with good momentum thanks to the multi-year execution of strategic initiatives that have enhanced our brands’ positioning in the marketplace, strengthened our relationships with our consumers and retail customers, and fortified our balance sheet.”

That all came to a screeching halt toward the end of Q1 as wholesale partners were shuttered and consumer spending was slashed amid widespread layoffs. Brooks estimates that about one-third of Rocky’s wholesale partner stores are closed.

“Fortunately, roughly two-thirds were designated essential businesses by their respective state governments, and they serve consumers who must remain on jobs to either fight the virus, protect our citizens, or execute functions that need to be maintained during this crisis,” he told analysts on Tuesday afternoon’s earnings call. “For the retail doors that are open, they are obviously dealing with decreased traffic levels and they are seeing that in our Q2 to-date results.”

On March 23, Rocky Brands Inc. announced it would continue operations and shipments from its distribution center in Logan, OH, following Ohio Gov. Mike DeWine and the Ohio Department of Health issuing a stay-at-home order for all nonessential businesses.

“Importantly, as we announced on March 23, our distribution center in Logan, Ohio, was deemed an essential infrastructure business operation,” Brooks said. “This decision has allowed us to continue supporting our retail customers that remain open, as well as service customers directly through our branded websites on our Lehigh Safety Shoe program.”

Around the same time that Rocky Brands’ DC was deemed essential, however, its manufacturing facilities in Puerto Rico and the Dominican Republic had been under government orders to not operate for two weeks. These plants produce approximately half of the company’s products, with the remainder being produced by contract manufacturers in other countries—primarily China—where manufacturing resumed at the end of February.

Brooks on Tuesday said the temporary government-mandated shutdowns on manufacturing facilities in Puerto Rico and the Dominican Republic were lifted and the plants have reopened.

“Based on current demand, both are operating at less than full capacity to reduce cost,” he said. “However they are preparing to ramp back up as needed, highlighting the benefits of our vertically integrated manufacturing structure.”

With the DC remaining open during the coronavirus and now its Puerto Rico and Dominican Republic facilities reopened, Rocky Brands has been able to ramp up its e-commerce channel, Brooks said.

“Our wholesales accounts with e-commerce operations where we drop ship customer orders from our DC, we’ve experienced a strong spike in demand particularly for our work in Western Footwear as consumers purchasing behavior further shifts towards online during this period of self-isolation,” he said.

As for other measures Rocky Brands has taken during this crisis, the company said it reduced operating expenses by approximately $1.5 million for the year and delayed approximately $15 million in planned inventory receipts from third party suppliers.