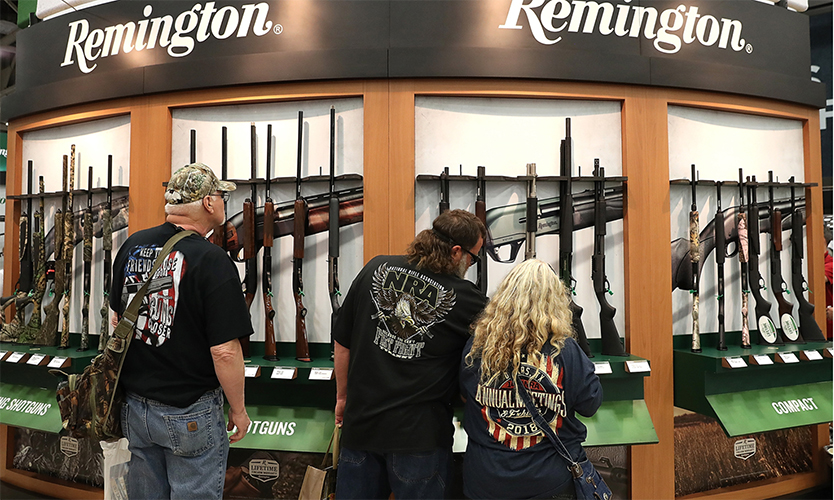 Remington Arms Co., as expected, filed for bankruptcy protection for the second time since 2018 as it seeks to restructure its heavy debt load. The company will again try to find a buyer for the business.

The Chapter 11 petition in the U.S. Bankruptcy Court in Decatur, AL, marks Remington’s second restructuring since 2018 when it filed for Chapter 11 and ownership was transferred to investors including Franklin Resources Inc. and JPMorgan Chase & Co.

Remington, which is America’s oldest gun maker, has been searching for potential buyers and was in talks to sell itself out of bankruptcy to the Navajo Nation before negotiations collapsed in recent weeks, leaving the company without a lead bidder, or stalking horse, in place.

In Tuesday’s filing, assets and liabilities were both in the range of $100 million to $500 million.

Despite reducing $775 million in debt in 2018, the company has struggled with high-interest costs and has faced litigation related to the 2012 Sandy Hook Elementary School shooting in which the killer used a Bushmaster rifle manufactured by Remington. Remington has been trying to dismiss a lawsuit filed by the families of the victims related to the marketing of the company’s guns. It is scheduled to go on trial next year.

U.S. retailers have placed restrictions on gun sales after school shootings and firearm’s sales had also softened since the election of President Trump as concerns lessened over gun control legislation.

The filing comes despite that firearms dealers across the country have reported a spike in sales since March that many are attributing to the national protests over racial divides. Calls to defund the police are seen as a related factor. FBI background checks in June for civilians seeking licenses to carry guns were the highest since the FBI began conducting them 20 years ago.

Remington was founded in 1816 in New York by Eliphalet Remington II. That makes it decades older than competitors Colt’s Manufacturing and Smith and Wesson.

Cabela’s Fires on All Cylinders in Q2, Lauds Next-Gen Stores