Ralph Lauren Corp. to Create an Office of the Chairman

Ralph Lauren Corporation announced plans to introduce changes to its leadership team and to create an Office of the Chairman, led by Ralph Lauren, Chairman and Chief Executive Officer (CEO) of the company, and including Roger Farah, Jackwyn Nemerov and Christopher Peterson. Roger Farah, currently President and Chief Operating Officer (COO), will become Executive Vice Chairman. Jackwyn Nemerov, currently Executive Vice President (EVP), will become President and COO. Christopher Peterson, currently Senior Vice President (SVP) and Chief Financial Officer (CFO), will become Executive Vice President and Chief Administrative Officer (CAO) in addition to his role as CFO. The Office of the Chairman is being created to enhance the company’s ability to support the growth of the business in an increasingly complex global environment and capitalize on new business opportunities. Mr. Farah, Ms. Nemerov and Mr. Peterson will report directly to Mr. Lauren. The changes will be effective as of November 1, 2013, allowing for a smooth transition period.

“This is the right team to take this company forward and the right time to be making these changes,” said Ralph Lauren. “I chose Jacki and Chris to work alongside me because their outstanding leadership skills, unrelenting focus on performance and broad, global experience will improve our ability to take advantage of the tremendous opportunities ahead. Jacki is a deeply experienced merchant and business leader, with profound knowledge of all facets of this company and brand. Chris is a world-class executive who has impressed me immensely with his ability to rapidly assimilate into Ralph Lauren and command the respect of the organization. They will work with Roger and me as partners to shape the future of the company.

“Over the past thirteen years, Roger has played a critical role in driving the company forward and has presided over an unprecedented era of growth and accomplishment,” added Mr. Lauren. “His leadership, strategic guidance and friendship have been invaluable to me and the entire company, and his impact on the company has been extraordinary. Roger’s transition to Executive Vice Chairman will allow him to focus more specifically on business development and strategic initiatives while Jacki and Chris work with me to run the day-to-day business.”

“I am extremely proud of this company and the incredible success it has achieved,” said Roger Farah. “Shepherding the growth and development of Ralph Lauren has been an incredible professional accomplishment, and I am very excited about the opportunities that lie ahead. We have made tremendous progress in recent years by expanding into new markets, growing our global luxury presence, improving our direct-to-consumer reach and innovating in new product categories, but there is more to do. This is the optimal structure to take the company through the next phase of growth and to support the continued global expansion of the business.”

In his new role, which reduces his time commitment to the business, Mr. Farah will be responsible for engaging in strategic projects and business development, as well as advising the Chairman and mentoring and counseling the management team. Mr. Farah joined Ralph Lauren from Venator Group, Inc. in 2000, where he served as Chairman and CEO from 1994 to 2000, and was previously President and COO of Macy’s Inc. and Chairman and CEO of Federated Merchandising Services and Rich’s Department Stores, respectively. Mr. Farah joined the company’s Board of Directors in 2000.

Jackwyn Nemerov, in her new capacity as President and COO, will be responsible for global merchandising, manufacturing and supply chain operations as well as the company’s retail, wholesale and licensing businesses worldwide. Ms. Nemerov has most recently served as Executive Vice President of Wholesale Apparel, Home, Accessories and Footwear, Product Licensing, Merchandising, Global Sourcing and Supply Chain, she has been responsible for the management of all men's, women's and children's wholesale brands, licensed apparel and accessories and manufacturing. Ms. Nemerov joined the company in 2004 and has been a member of the Board of Directors since 2007. Prior to joining the company, she served in various executive capacities at Jones Apparel Group for 17 years, including President and COO.

Christopher Peterson, in his new capacity as EVP and CAO, will oversee legal, corporate facilities, global real estate, and corporate services and will also continue in his role as CFO to lead the global finance and information technology organizations, including financial planning and analysis, accounting, tax, treasury and investor relations. Mr. Peterson has been SVP and CFO of the company since September 2012. Before joining Ralph Lauren, Mr. Peterson spent 20 years at The Procter & Gamble company in several senior corporate and operational roles. Most recently, he was CFO of its Global Household Care division. 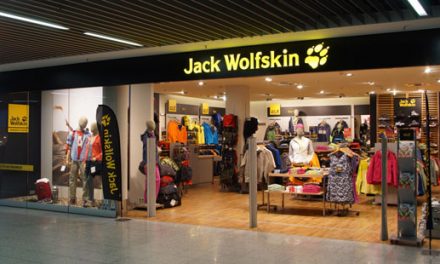