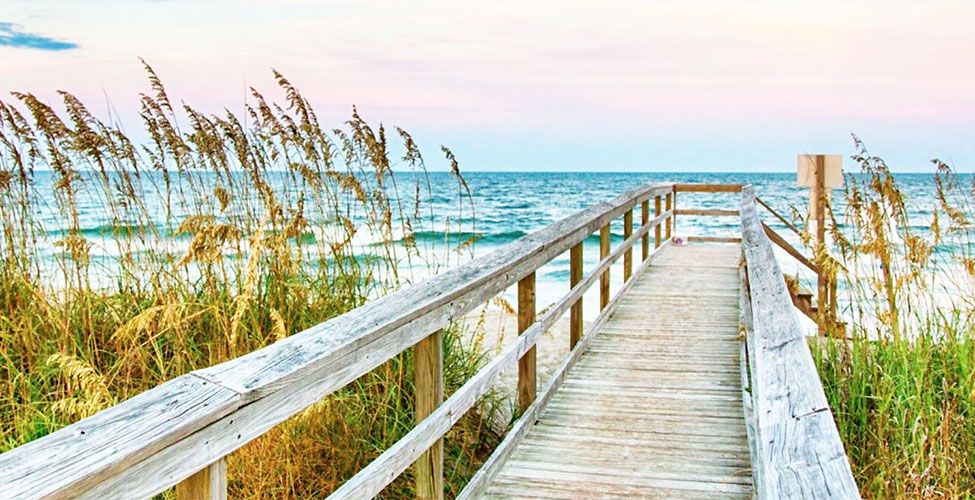 In less than 30 days, the COVID-19 pandemic swept across the entire U.S. and the world and left five destination resorts in three Southeast states with a wholly reversed scenario for the coming summer months. In the most recent Monthly Market Briefing released yesterday by DestiMetrics and Inntopia, dramatic declines were reported for bookings and revenues for the full summer season that runs from March through September. Results are aggregated from participating properties and include data collected through March 31.

Beginning with March, the first month of the region’s summer season, actual occupancy for the month was down 32.3 percent compared to March 2019. The Average Daily Rate (ADR) dropped 9.9 percent, and the combination led to a dramatic year-over-year decline in revenue of 39 percent for the month compared to last March.

Not surprisingly, bookings made in March for arrivals in the six months from March through August were down a staggering 194.1 percent compared to bookings made in March 2019 for the same six-month period. As of March 31, the months taking the biggest hits were April arrivals, down 325.6 percent compared to the same time last year, and May arrivals, down 233.7 percent.

“Just a few short weeks ago, we were looking at a very promising summer for both occupancy and revenue, and that trend was completely reversed in just over four weeks,” acknowledged Tom Foley, senior vice president for Business Operations and Analytics for Inntopia. “Of course, the booking pace, occupancy and revenue patterns for the Southeast are similar to other travel destination regions, but the Southeast is highly dependent upon summer visitors to sustain local economies through the non-peak winter months,” he continued. “And like the rest of the travel and tourism industry, we’re struggling with the uncertainty of not only when destination tourism can re-open for business, and what that re-opening looks like, but also whether travelers will have the comfort and financial resources to resume their recreational travel patterns this summer.”

For the full six-month summer season, as of March 31, occupancy is down 35.7 percent compared to Summer 2019 with declines in all six months with April showing, as expected, the steepest decline of 77.9 percent. In contrast, ADR is holding steady for the summer and is up 4.4 percent compared to last year at this time, with rates up in three of the six months. However, those moderate increases are not enough to overcome the deep declines in occupancy, leading to aggregated revenues that are 32.9 percent lower than they were last year at this time.

Economic indicators reacted quickly and dramatically in response to the World Health Organization (WHO) declaring the COVID-19 virus a global pandemic on March 11 and the U.S. announcing a national emergency on March 13. The Dow Jones Industrial Average (DJIA) fluctuated wildly from late February and through March in reaction to domestic and global developments surrounding the rapidly spreading virus. Following the dramatic 11.9 percent drop in the Dow during the last week of February, the Index plummeted another 13.7 percent in March. On March 23, it sunk to 18,591.9 points but rebounded somewhat by the end of the month to close at 21,917.2 driven by anticipation, and then the passage of the $2.3 trillion stimulus package.

“Multi or even single day swings of more than 500 points either up or down are expected to continue in the coming months, particularly through the first-quarter earnings reports released in mid-April,” cautioned Foley. “This is going to have a dramatic impact on consumer confidence for the foreseeable future,” he emphasized.

The Consumer Confidence Index (CCI) fell a sharp 9.5 percent in March to 120.0 points and its lowest measurement since July 2017 — but is only down 3.4 percent from where it was in March 2019. The Briefing further reported that even though the CCI is still relatively stable, it tends to lag behind the other primary indicators and expected to drop dramatically in the months ahead as the full impact of market volatility and the effect on unemployment deepens and persists.

The national unemployment rate rose in March from 3.5 to 4.4 percent as the economy officially lost 701,000 jobs — the first recorded month of job losses since September 2010. However, since this data was collected, the economy has lost an additional 16.78 million jobs and effectively eliminated all jobs created from May 2013 to February 2020.

“The timing of the pandemic is particularly challenging for destinations and regions that depend heavily on the summer season as their primary revenue-generating period,” explained Foley. “If there’s a silver lining, it’s that this occurred after a strong baseline of occupancy was booked for summer. And, even though many of those guests are canceling or rebooking, lodging properties and destination marketing organizations know that they have genuinely committed guests that will delay canceling until the last moment, rebook as soon as safely possible and ultimately return to the destination they are passionate about. Recovery, whatever it looks like, is ultimately, ‘not if, but when’ for destination travel,” he concluded.