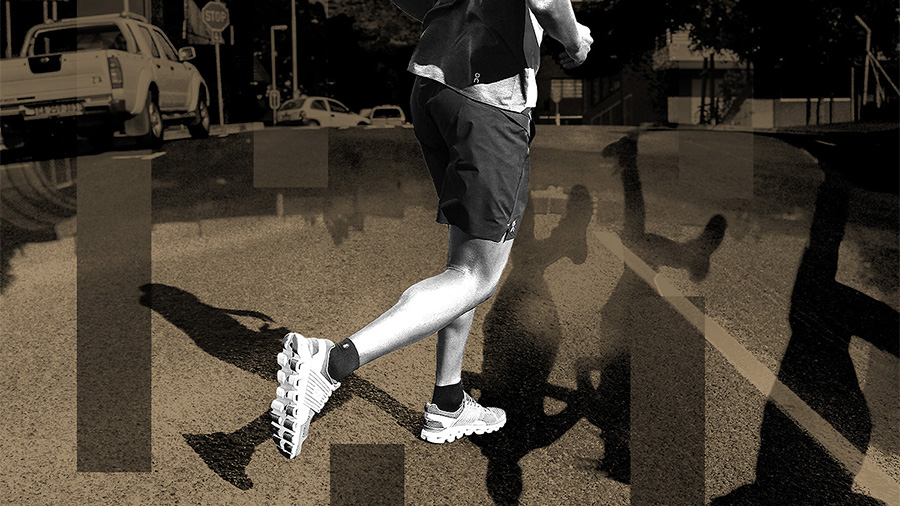 The Swiss-running brand went public on September 15, raising $746.4 million in the offering. The IPO was priced at $24, well above its initial price range of $18 to $20, and shot up 46 percent on its first day of trading on the New York Stock Exchange to close at $35.

Most investment banks observe a 25-day rule for a quiet period, and several notes with initial coverage arrived Monday. The majority were favorable and argued for a premium valuation for On.

The following is a review of a few notes:

»Morgan Stanley initiated On with an “Overweight” rating and a $38 price target. Analyst Kimberly Greenberger wrote, “In our view, ONON is one of the most attractive assets in our coverage universe. Based on our experience, six key markers typically distinguish businesses capable of delivering durable long-term growth: 1) attractive industry backdrop, 2) proven global reach, 3) established growth and profitability, 4) culture of relentless innovation, 5) technically-advantaged product, and 6) founder-led and/or supported. We believe ONON delivers on all these attributes.”

Greenberger said these factors enabled ONON to establish its foothold in the fast-growing activewear industry and support its ability to take share over time, contributing to robust long-term revenue growth. The analyst sees ON delivering solid double-digit revenue and EBITDA growth “over the next decade (and beyond).”

She also said ON’s share price fundamentals compare favorably to a peer set of “high-quality, high-growth retailers” and the highest quality peers in the athletic footwear and apparel space, such as Nike, Adidas, Lululemon, and Puma. She added that the 13 percent stock price pullback since the close of its first trading day presented a buying opportunity as supply chain and Vietnam factory closure worries appeared discounted mainly in the shares at current price levels.

Greenberger continued, “In our view, finding such investment opportunities is difficult, particularly within the consumer sector, making ONON a rare compounding growth story in the industry.”

»JP Morgan started coverage of On with an “Overweight” rating and a $37 price target. Analyst Grace Smalley said in a note, “On is still early in its growth lifecycle and is well-positioned to capitalize on the sector’s strong tailwinds through its strong product offering spanning both performance and lifestyle.”

She said On has been able to break into the sportswear category with a premium product rooted in performance and technology. Smalley added, “Importantly, we believe On is striking a balance between its performance roots (crucial for credibility in the sportswear space) and lifestyle (paramount for growth).”

In the near term, supply chain disruption is expected due to pandemic-related factory closures as all of On’s footwear manufacturing is based in Vietnam, but any share pressures may present additional buying opportunities. Smalley wrote, “Underlying demand for the brand instead remains strong, and hence we would look to be opportunistic on any near-term supply chain driven weakness. Longer-term, we note On’s premium price positioning and strong pricing power as an offset to broader inflationary pressures.”

»Stifel initiated coverage on On with a “Buy” and a $36 12-month price target of $36. Wrote analyst Jim Duffy, “On is a unique premium brand with open-ended growth opportunities in the $300 billion and growing global performance/lifestyle footwear and apparel market. We believe brand strength and extensibility will support strong growth and justify a premium multiple for ONON shares for multiple years, and we view ONON shares as a solid core holding for growth investors.”

Duffy said On’s “unique brand, large markets and open-ended global growth opportunities” justified premium valuation against more limited opportunities for peers. With projected revenues expected to approach $1 billion for FY22, On has ample growth opportunities in the $300 billion global performance/lifestyle footwear and apparel market, he said. Duffy wrote, “With proof of execution and any upward revisions to estimates, we see the potential for the premium multiple to further expand.”

»Baird initiated coverage of On with an “Outperform” rating and a $38 price target. Analyst Jonathan Komp said Baird’s premium price target drew on historical parallels to other early-stage brands in the sector.

“At an early stage, On has demonstrated impressive appeal across geographies, channels and categories suggesting a large addressable market (~$300B; note Sportswear is >3X larger than Running for Nike) and perhaps long-term opportunity to follow closer in the footsteps of New Balance (~$4B+ revenue privately held brand with ambitions for $7B to 10B) than to other primarily running brands which have topped out much earlier.”

Komp further said Baird’s premium price target reflected an “Early Stage Brand Factor” valuation framework commanded by Under Armour during its high-growth phase from 2006 to 2016 and Lululemon since 2007.

On’s growth potential in the future was highlighted by a Baird survey of 3,800 U.S. consumers that showed less than 25 percent were aware of On, similar to Hoka One One.

Komp wrote, “On has transformed from a product reinventing running via CloudTec cushioning (soft-landings, explosive take-offs), to a global brand that we believe uniquely appeals to performance and lifestyle. After having profitably grown revenue at an 80 percent CAGR since inception, we see further opportunity for market share gains, DTC expansion and category extensions to fuel ONON’s +20-25 percent algorithm (and higher through 2024E).”

»Goldman Sachs initiated On at a “Neutral” rating and a $32 price target. Analyst Richard Edwards wrote, “We see On exposed to four global megatrends: Digitalization/DTC (2015 to 2020 global sportswear e-commerce sales CAGR was +22 percent); Health and Wellness (running and walking were the top two activities new outdoor participants picked up during COVID); ESG (67 percent of consumers consider sustainability in purchasing decisions); and Casualization (sportswear now part of the broader fashion market). In the context of the US$300 billion global sportswear market, we believe On has a large growth opportunity.”

»Williams Trading initiated coverage of On with a “Sell” rating and a $25 price target. Sam Poser, Williams Trading’s lead analyst, expressed concern about On’s overreliance on Vietnam production and believes “difficulties in further expanding its production base with reliable factory partners will markedly reduce the revenue growth momentum in 2022.”

He also said that about three years ago, On began extending its distribution reach and sold to DSW and opened up distribution to Foot Locker and Shoe Palace more recently. He believes these are risky moves.

Poser said, “There is no doubt that ON shoes will sell well at those retailers in the near term, but it’s clear to us that such distribution decisions, which do not match up as premium retailers for an early stage performance brand and do not and will not enhance the ON brand.”

Poser believes On’s valuation is “too high.” He thinks the brand’s revenue growth is likely to decelerate. Poser wrote, “On has long-term opportunities. However, it must, in our view, clean up its distribution and make sure that its product, distribution and consumer engagement is in sync with the brand’s ethos put forth in the prospectus.”