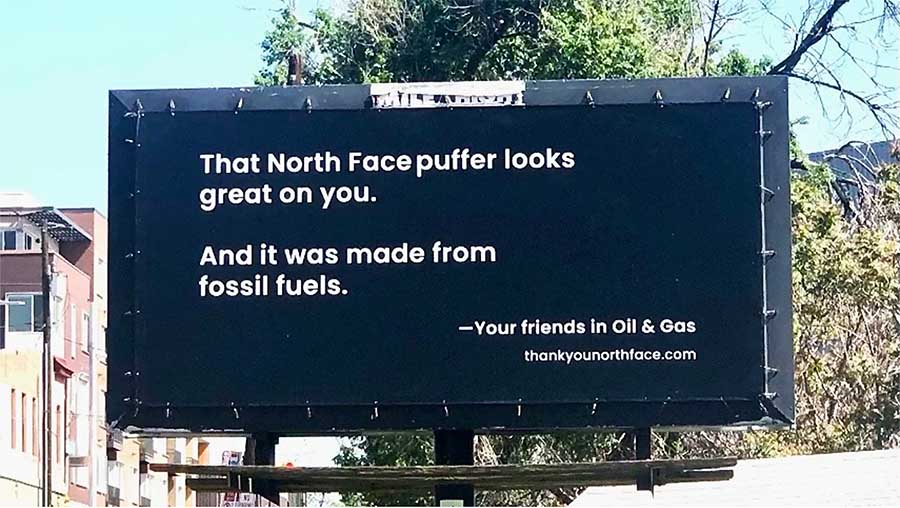 The CEO of a Denver-based oilfield services firm reportedly fired the latest salvo in a campaign to take on The North Face and its Denver-based parent, VF Corp., on its stand against fossil fuels.

The group also launched a video running live on YouTube. To watch the video, go here. 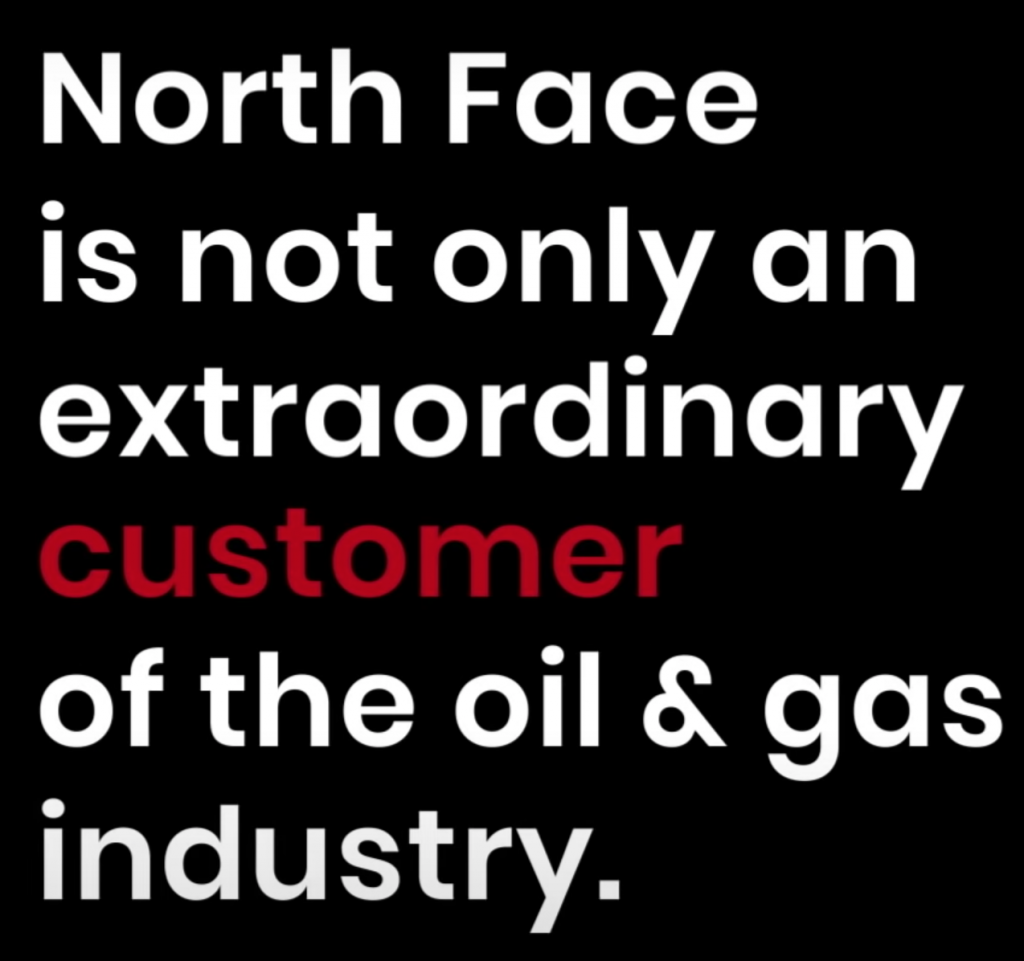 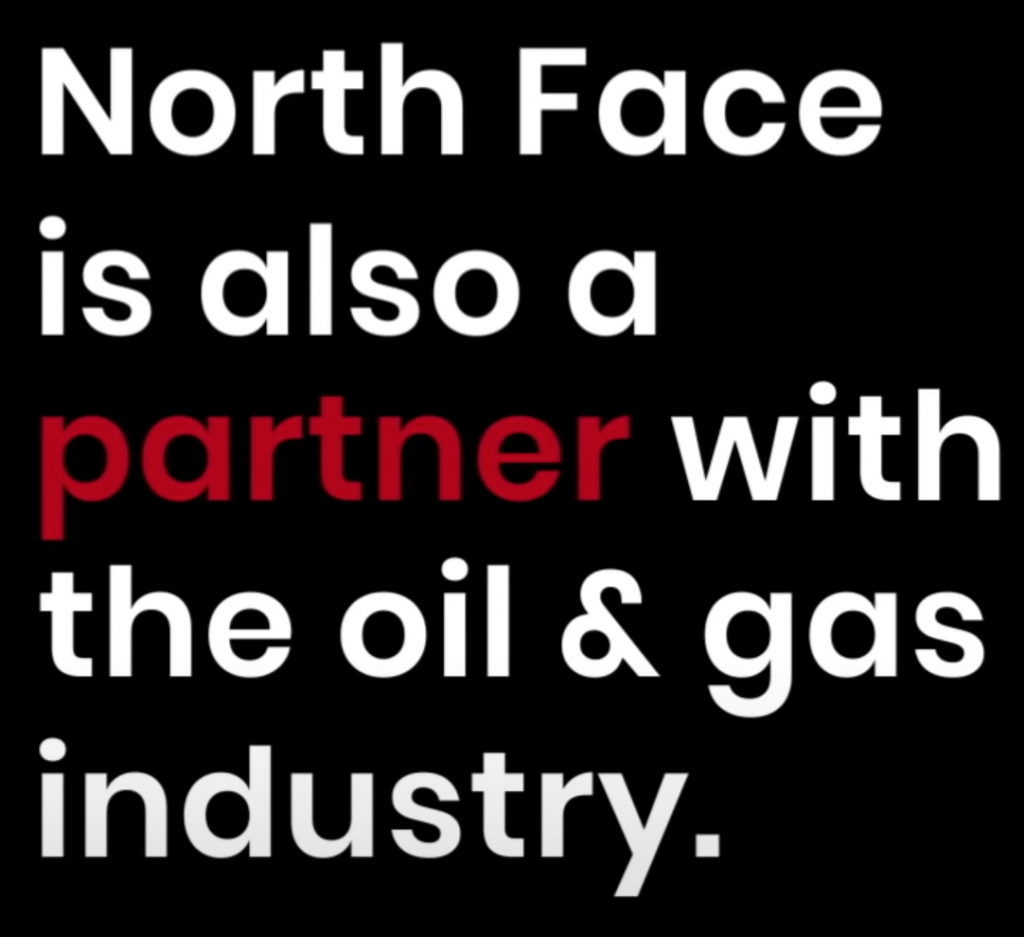 Fox Business News reported that the oil and gas industry launched a new ad campaign Thursday against TNF to call out what it calls the outdoor apparel, footwear and equipment company’s “crazy hypocrisy.”

Fox said in its reporting that Chris Wright, the CEO of Liberty Oilfield Services, is spearheading the campaign by putting up billboards around TNF’s Denver offices and launching a website and social media campaign entitled “Thank you, North Face.” 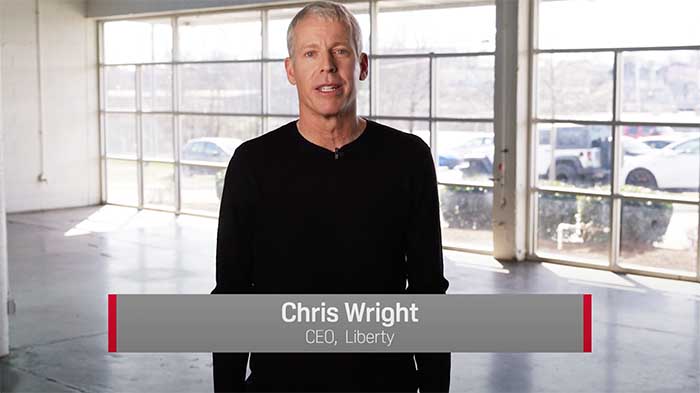 The latest campaign is apparently in response to TNF’s December 2020 denial of a jacket order from Innovex Downhole Solutions Inc., a Texas oil and gas company, that attempted to order 400 jackets for company employees as Christmas presents. According to reporting at the time by Hart Energy, Adam Anderson, CEO, Innovex, said he was told by a distributor that “The North Face rejected the order because Anderson wanted to put the Innovex logo on the jackets, and the company rejected the idea of placing an oil and gas services company logo on its jackets.”

The hypocrisy to Anderson, Wright and others in the oil industry is that the jacket in question is apparently made of petroleum-based fibers and likely made with petroleum-based energy and shipped using petroleum products.

Now Wright is trolling TNF by calling out how many of the brand’s jackets, backpacks and clothing products are made from oil and gas. There’s “no chance that The North Face could exist as a company, or an organization, without oil and gas,” Wright told Fox Business Thursday. “Fossil fuels are needed to make the petrochemicals that are used in the plastics, nylon, climbing ropes, and more that The North Face sells,” Wright told FBN. “Oil and gas products fuel the factories that manufacture the goods. And fossil fuels are the backbone for shipping The North Face products around the world.”

The seven billboards are reportedly going up around The North Face Denver offices of the parent company VF Corp. FBN included an image of what it claimed was one of the billboards, but SGB believes it is a photo-shopped representation of the planned billboards.

This latest effort comes on the heels of a March 2021 award presented satirically and sarcastically, SGB assumes by Colorado Oil And Gas Association to The North Face for being an “Oil & Gas Extraordinary Customer.”

Wright told FBN that he hoped the campaign would spark an honest conversation about the role fossil fuels play in the economy and climate change, which he says are real. And maybe driving by the billboards would allow The North Face employees the opportunity to reflect on how the oil and gas industry makes their lifestyle possible, from the jacket they wear to the kayak they took out last weekend.

SGB Executive reached out to The North Face and VF Corp. for comment. As of press time, neither returned our request for comment.