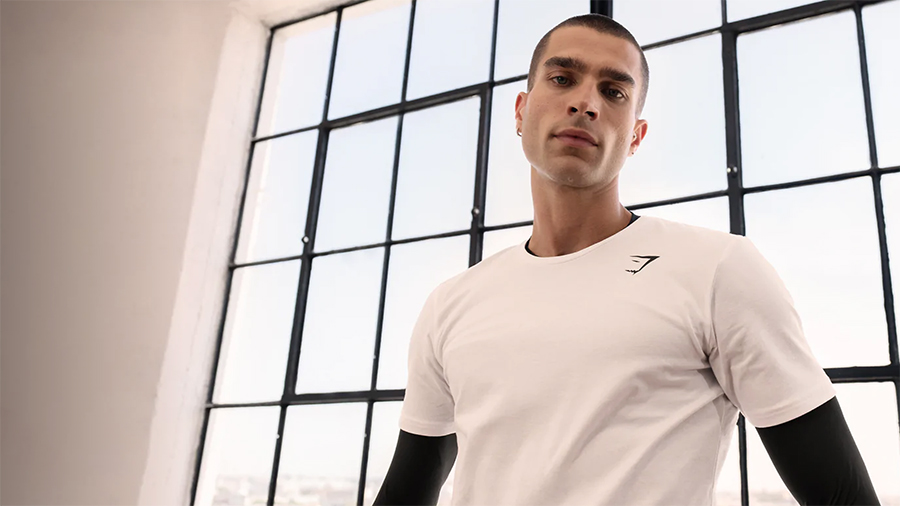 At the 2023 NRF Big Show, Steve Hewitt, executive chairman and the former CEO of Gymshark, discussed the challenges the cult U.K. activewear brand faced in establishing a foothold in the U.S. and elevating its “customer proposition.”

He was joined by Chris Ormonde, who was Gymshark’s global operations director from July 2018 through December 2022 in a session sponsored by Radial, a third-party logistics company that provides e-commerce fulfillment and supported Gymshark’s push into the U.S.

Hewitt, who formerly worked for Reebok and Adidas, joined Gymshark in  2015 as managing director and became CEO in 2017, replacing founder Ben Francis. Francis stepped down to become Gymshark’s chief brand officer, allowing him to focus on design, creative content and consumer-first thinking. In July 2021, Francis returned to the CEO role, replacing Hewitt, as the athleisure brand ramped up expansion in the U.S. and Asia and had recently earned a $1 billion valuation in a funding round.

At the NRF show, Hewitt said Gymshark was founded in 2012 when Francis, then 19 years old, decided to “take on all the big sports brands” with one of the first direct-to-consumer models in the sporting goods space.

“The traditional business model was about building as much product as possible and sticking it in as many retail retailers globally as you possibly could, to effectively build a big business,” said Hewitt. “Ben’s vision was all about actually, ‘We want to own the customer. We want to own the community. And build a community, a fan base and a customer base by going direct.”

Hewitt said Gymshark’s “North Star,” or purpose, became its obsession over building a community with a target audience between the ages of 18-to-30 years old. Hewitt said, “We set out to think about the purpose of the brand, so we wanted to bring the fitness community globally together.”

From a marketing standpoint, Gymshark was among the first fitness brands to tap influencers to increase exposure for the brand. He added, “We had big YouTubers and Instagramers who helped effectively spread the word.”

Another unique attribute of Gymshark’s business model is that it does not share data with retailers or distributors.

“We own the data,” said Hewitt. “And people would ask me, ‘Why is that important?’ Because if you own the data, you own the insights. You get to understand how you turn on that customer but, more importantly, what you’ve done wrong to turn them off.” He added, “We’ve built what we thought was a credible set of values and then a business model which is all about data safety, which is effectively all about DTC e-com.”

The community and data-led focus have enabled Gymshark to build a social media following of nearly 20 million members worldwide. The brand has six million active customers across 190 countries and did half a billion U.S. dollars in revenue last year. Hewitt admitted one of the lessons Gymshark recently learned was how to become more customer-focused to support end-to-end delivery.

By the time Hewitt joined Gymshark, the brand had developed a cult following. He said, “It was like everything that touched Gymshark turned to gold.” However, Hewitt said Gymshark was missing out on some customers because while the brand was strong at raising awareness at the start of the customer’s journey, it often fell short when it came to other parts of the journey through delivery.

“A lot of brands think the first touch point is a very strong emotional touchpoint but by the time you go through that lifecycle, it’s diluted very, very heavily,” said Hewitt. “We needed to put the customer at the heart of everything we do. And we started out that journey around 2015.” He added, “The challenge we had is fast growth is very, very difficult to manage.”

Gymshark decided to narrow its focus to a few key markets to improve logistics and servicing levels. One market was the U.K. Said Hewitt, “Being the British brand, that was obviously important. We needed to be strong in our own backyard.”

The second was the U.S., which Gymshark saw as its biggest opportunity in the fitness space. Said Hewitt, “The U.S. was super important to us. Opening up a number of distribution centers, or what we used to call them back then, ‘customer promise centers,’ was important. We got to understand how well we serviced that customer.”

By around 2019, Gymshark was exploring opening up distribution centers in North America. The U.S. had already accounted for about half of Gymshark’s revenues and all product was being shipped from Europe. Said Ormonde, “At the time, delivery to the customer was lucky if it was under a week. The cost was also an investment to the customer. It wasn’t cheap.”

The first distribution center was opened in Canada in October 2019. Distribution centers planned on the east coast and west coast in the U.S. were delayed because of the pandemic but went live in 2021 in Malibu, CA and Allentown, PA.

The next investment to support logistics was then decided to be in automating its warehouses.

“Gymshark is a very peaky business,” said Ormonde. He noted that Gymshark’s peak-to-average ratio at its warehouses is 20-to- 25 to one, meaning product flows through its warehouses and runs at 20-to-25 times higher during peak holiday selling periods than during average times. At the distribution centers that are operated manually, the size of shifts would expand from 50-to-60 pickers per shift to 500-to-600 during peak times, which presented recruiting and training challenges.

A soft launch took place in September 2022 to have automation support 10-to-15 percent of the peak volume for last year’s holiday selling period. The plan calls for automation to support 85 percent to 90 percent for the 2023 holiday season.

Hewitt said that while Gymshark’s service levels in North America are still a work in progress, “they’re definitely better to anything that we’ve done four or five years ago.”

“We’re proud of what we’ve done,” said Hewitt. “We made a lot of mistakes along the way. Certainly, the media will tell you from the outside that we’re this ‘10 out of 10’ brand. We’re not. Like most, we learned along the way and, sometimes, the best experience is actually how to fail as long as you do it quickly.”