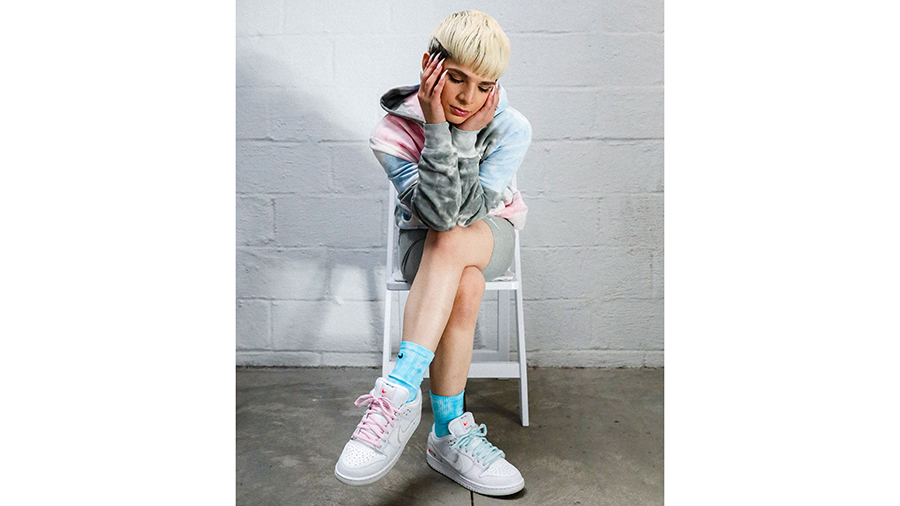 Wall Street analysts across the board reduced their price targets and go-forward EPS estimates on Nike, Inc. after the sportswear giant guided FY23 EPS below analyst targets as significant markdowns are expected over the next two quarters to recalibrate China’s bloated inventory levels. Most analysts still kept favorable ratings on Nike’s stock.

The price target reductions follow reductions by many investment firms in recent weeks due to concerns over the impact of lockdowns in China.

Highlights of the fiscal fourth quarter ended May 31 include:

A roundup of analysts’ take on Nike’s Q4 results follows.

Wells Fargo lowered its price target to $130 from $150 and kept its “Overweight” rating. Analyst Kate Fitzsimons wrote that the fourth quarter’s mixed results and tempered guidance “left something to be desired given the anticipation of a revenue and EPS catchup against LY’s supply-led constraints.”

Fitzsimons said Nike’s long-term algorithm drivers are intact, including “strong brand health in the attractive athletic category,” especially in North America and EMEA, a strong innovation pipeline, top-line, and margin unlocks associated with its DTC pivot. She wrote that while China “remains a key question on the stock,” the fact that the brand still guided low double-digit revenue growth on a constant-currency basis in the current year, despite the near-term China weakness, lends “optimism” that Nike will be able to reach its long term algorithm calling for high-single to low-double-digit top-line growth, high 40s gross margins and high-teens EBIT margins “in the coming years, albeit with the original FY25 timing likely pushed out.”

Fitzsimons said Nike now represents a “quality LT play” for investors positioning for defense. She wrote, “With sentiment on NKE tougher in recent weeks on China headwinds, we expect the estimates rebase associated with the FY23 outlook can serve as a clearing event, particularly for investors seeking assets typified by strong brands, accretive strategies, and strong balance sheets into a time of greater macro volatility.”

Wedbush reduced its price target on Nike to $130 from $139 while maintaining its “Outperform” rating. Analyst Tom Nikic described Nike’s fourth-quarter report as “very noisy,” with revenues topping estimates but the performance varying significantly by region. He also pointed to the tax benefit that helped lift earnings above consensus and FY23 guidance shortfall driven by margins.

Wedbush lowered its EPS estimate on Nike for FY23 to $ 3.64 from $3.96 and for FY24 to $4.30 from $4.64 previously. Nikic wrote, “While this print was extremely noisy, we think it was prudent for the company to be conservative on margins, and the fact that they’re confident enough to guide revenues +LDD for the year is encouraging. With one of the strongest brands in our coverage and multiple top-line catalysts (China reopening, supply chain improvements, World Cup), we think NKE remains poised to be a relative outperformer as we see accelerating top-line trends over the NTM (next twelve months).”

Barclays lowered its price target to $125 from $140 and kept its “Overweight” rating.

Analyst Adrienne Yih noted that Q422 results were “significantly impacted by lockdowns in Greater China,” with near-term margins pressure tied to resulting inventory actions in China. She wrote, “In North America, while the outlook for consumer spending is murky at best with continued inflationary pressures and diminishing sentiment, Nike should benefit from lapping inventory disruption beginning in 2Q22, coupled with continued brand momentum.”

Lastly, Yih said the $18 billion share repurchase authorization over the four-year period should help the company achieve its algorithm on EPS growth of mid-to-high-teens from FY21 to FY25 despite the near-term pressures on gross margin.

Citi Research reduced its price target on Nike to $116 from $123 while maintaining its “Neutral” rating. Analyst Paul Lejuez said top and bottom lines were slightly better than consensus in Q4Q, with gross margins worse than expected and SG&A better than expected, and guidance was below consensus and market expectations. Citi lowered its FY23 EPS from $4.52 to $3.78.

Lejuez wrote, “The lower guidance reflects what management said is a cautious approach to China and an expectation that they will take significant markdowns in 1H to get inventory back in line. Management views these as near-term headwinds and believes the brand’s long-term health remains intact in China. While we agree, there is a lot of COVID-related noise in China near term, and increasing promos adds the risk that demand will get pulled forward and/or the Chinese consumer will get used to markdowns and expect them to continue. Though EMEA was a bright spot, with uncertainty in China and the U.S., we believe the risk/reward is balanced.”

Siegel wrote, “More surprisingly, GM posted its first miss since COVID began. Importantly, although DTC grew, both GM and EBIT rates declined, furthering our fears of misplaced DTC expectations. We expect margin benefit from the regional mix as China returns but continue to worry that expectations for DTC-driven margin lifts are misplaced. Expect shares to improve when China does but fear the belief in channel mix shift.”

Williams Trading kept its “Hold” rating on Nike while trimming its price target to $105 from $110.

Analyst Sam Poser wrote in a note that he remains “on the sidelines” due to a lack of visibility into FY23, which was reflected in the ”underwhelming, though perhaps conservative, back half weighted guidance.”

The lack of visibility remains due to ongoing Covid-related lockdowns in China and supply chain logistic problems. The high level of inventory-in-transit – including 65 percent of North American inventory – likely includes some seasonal inventory that will need to be promoted to liquidate, he said. Wrote Poser, “More clarity in regard to the health of the consumer, and the overall supply chain will be evident as retailers report 2Q earnings in August, but until then not enough is known.”

Analyst Jim Duffy wrote in a note, “Greater China declines were lower than expected providing evidence of relative brand strength and FY4Q revenue was stronger than feared. Matching supply with demand remains a stubborn challenge, however, and the FY23 outlook for revenue and gross margin was below consensus. We expect NIKE can over-deliver on the initial FY23 revenue outlook but inventory approximately 20 days higher than pre-COVID norms adds risk to the model. We are reducing estimates to reflect slightly lower revenue and a more conservative view on margin.”

Morgan Stanley reduced its price target to $149 from $159 and retained its “Overweight” rating.

Kimberly Greenberger called the conservative guidance “appreciated” from an investor standpoint given the uncertainties in the marketplace, including around freight, inventory delays, promotions and raw material inflation. She wrote in a note, “All in, while we think NKE’s guidance sets the stock up for beats & raises throughout the year, we suspect the stock may remain range-bound N-T until this cadence is established & there’s more resolution on China.”

Cowen kept its “Outperform” rating and lowered its price target to $127 from $133.

Analyst John Kernan wrote in a note that revenue guidance for FY23, excluding the impact of foreign exchange changes, of low-double digit year over year is fairly in line with consensus with China and supply chain flows likely swing factors that could produce upside. He wrote, “Although guidance could prove conservative if China recovers on easy compares and re-opening, we remain below consensus beyond FY23.”

Baird Equity Research reduced its price target to $140 from $150 and maintained its “Outperform” rating.

He said while the conservative guidance was a disappointment, Nike has “several drivers of potential upside as the year progresses.”