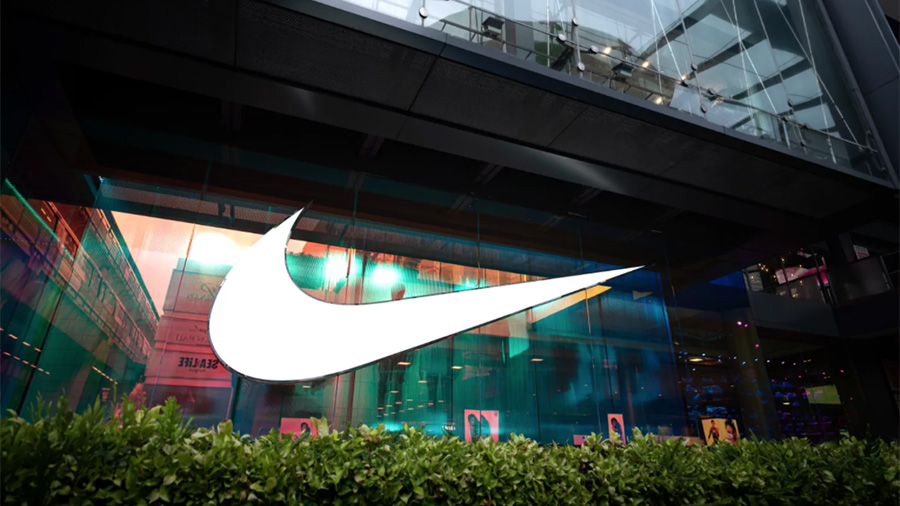 In initiating coverage of Nike Inc. with a “buy” rating, Goldman Sachs noted that the sportswear giant is facing more macro headwinds, including weakness in China, supply chain disruption and cotton inflation, “than it has in some time.” However, analyst Kate McShane said Nike’s underlying fundamentals remain solid, and the recent pullback offers some stock upside.

On September 24, shares of Nike fell 6.2 percent after the athletic giant slashed its growth outlook for the current year due to COVID-19-driven port congestion and factory shutdowns in Vietnam.

In the note, McShane said her team’s “Buy” call is mainly about timing. She noted that there have been “very few times in history” when Nike’s stock has underperformed the S&P 500.

These underperforming periods include:

McShane wrote that while all three periods were initially followed by slow improvement, shares generally outperformed in subsequent years.

Currently, Nike stock is trading at a slight premium relative to the market on average over a one, two, three, and five-year period. Year-to-date, when the report was released, Nike’s shares were up 6 percent, and the S&P 500 index advanced 16 percent.

McShane believes there “could still be an upside” to Nike’s shares as tailwinds offset much of the headwinds. The analyst wrote, “Nike will likely benefit from more customers focusing on wellness, a likely increased casualization of fashion trends post-pandemic, continued execution of the company’s differentiated retail strategy, which should drive stronger sales and margins, the leveraging of its rich customer data and suite of apps to drive membership and demand globally, and as supply/demand remains extremely tight, limiting promotions.”

McShane also cited Nike’s commitment to innovation that should support growth, its direct-to-consumer push that should elevate margins and its strong cash position to help additional investment and capital return to shareholders. She sees supply chain concerns as “transitory and likely priced in” the stock.

Goldman Sachs’ proprietary checks on sales volume data from Tmall and app downloads point to possible headwinds in China due to the recent backlash against Western brands; however, social media and app download trends for Nike overall remain robust.

Said McShane, “Globally, Nike continues to dominate from a follower perspective on Instagram while also generating strong U.S. Google search interest. Through a proprietary analysis of SNKRS-related Twitter activity with GS Data Works, we found that engagement in the SNKRS app has been elevated since the beginning of the pandemic, with positive sentiment levels recently hitting all-time highs.”

Risks to Goldman Sachs “Buy” call include worsening supply chain issues as the Vietnam factory closures drive disruption elsewhere or a glut of inventory arrives due to canceled late orders or as supply finally catches up to demand. A longer-than-expected recovery in China was also cited as a risk.

On September 13, BTIG had lowered its rating on Nike to “Neutral” from “Buy” on its belief that supply chain disruptions had worsened over the summer months.

On October 4, Wedbush initiated coverage of Nike with an “Outperform” rating and a price target of $170.

Wedbush analyst Tom Nikic wrote in a note, “In an unfortunate turn of events, NKE became the poster child for the supply chain issues currently impacting our space, given their exposure to the Vietnamese footwear manufacturing industry, which has almost ground to a halt due to a dramatic surge in COVID cases. However, now that the ‘bad news’ is out in the open, we think it’s time to once again look at the bigger picture.”

Nikie added, “This is one of the apparel/footwear industry’s strongest, best-run companies, with an unmatched track record of innovation that should keep revenues growing at a strong clip for years. Furthermore, its digital strategy is a value-enhancer as they not only make more revenue per pair of sneakers sold via Nike.com, relative to the wholesale channel), they generate strong order-level economics (high average order value, high full-price sell-throughs, low return rate) that actually makes this a margin accretive channel. We don’t get meaningful pullbacks in this stock often (down -15 percent since early August versus SPX -1 percent), but when we do, we pounce.”