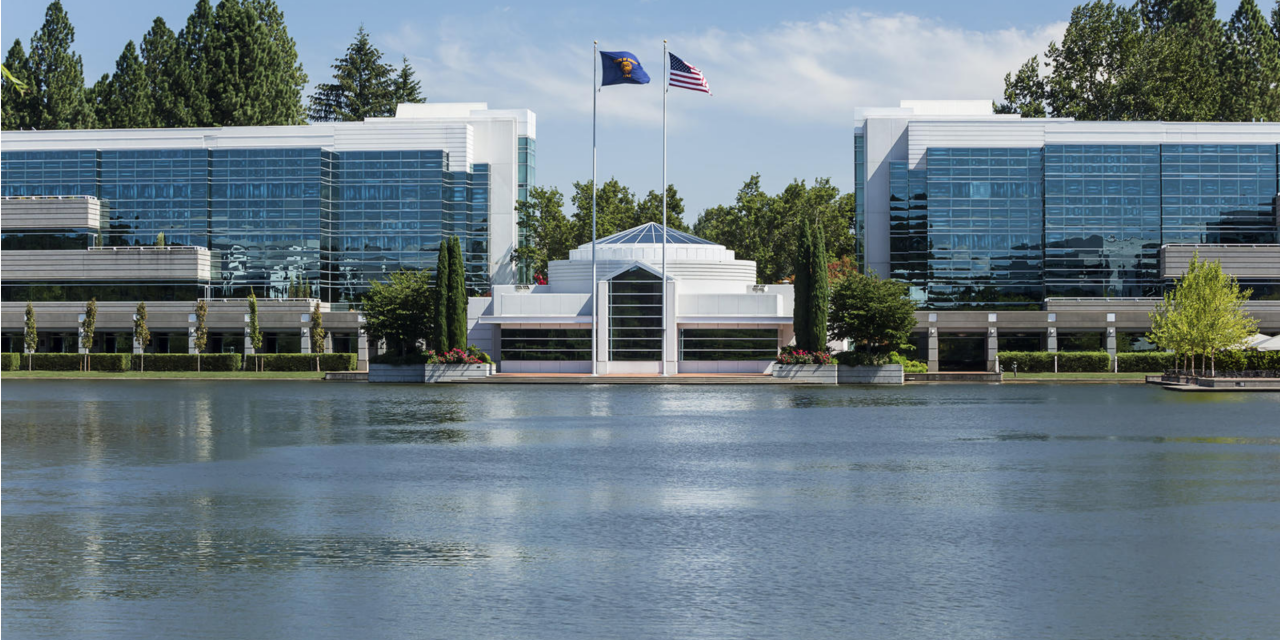 Mark Parker’s successful run as Nike Inc.’s CEO over the last 13 years included a number of controversies and not surprisingly the move to name his successor is being seen by some as controversial. But digital transformation has morphed into the brand’s primary focus and his replacement, John Donahoe, is expected to only accelerate those efforts.

Donahoe, 59, will take the reins as CEO of Nike on January 13, 2020. Parker, 64, will become executive chairman and continue to lead the Board while working closely with Donahoe.

Nike told analysts and the media the CEO search began months ago with the succession plan led by Tim Cook, Apple Inc.’s CEO and a Nike board member since 2005. The board considered several candidates and chose Donahoe because of his familiarity with Nike and experience running e-commerce and tech companies.

He has served on Nike’s board for the past five years, including active involvement over the past two years to further Nike’s digital transformation. He also worked with Nike at Bain.

Said Parker, in a statement,. “His expertise in digital commerce, technology, global strategy and leadership combined with his strong relationship with the brand, make him ideally suited to accelerate our digital transformation and to build on the positive impact of our Consumer Direct Offense.”

Parker is expected to remain active in product development, design, innovation, and marketing. He joined Nike in 1979 as a footwear designer and wound up driving the brand’s creative and innovative product pipeline, including posts as VP of Global Footwear and President of the Nike Brand before assuming the CEO role in January 2006.  His continued involvement is expected to support a smooth transition for the new CEO and his skillset is seen complementing Donahoe’s.

In an internal memo late Tuesday, Parker said he told the board he wanted to find a new CEO so he could work alongside them before retiring. “To be clear, I’m not going anywhere. I’m not sick. There are no issues I’m not sharing,” Parker wrote.

Beyond the focus on digital and Parker’s continued involvement, Nike’s other message was that the CEO changeover was occurring at a time of strength for the company following a string of strong quarterly results.  The North America market has seen a sales resurgence in recent quarters while China, its second-largest market, just delivered its 21st consecutive quarter of double-digit revenue growth.

Parker said in his employee memo the “brand has never been stronger throughout the world with momentum in every marketplace.”

The gains in recent quarters are being led by digital, which grew 42 percent in the first quarter ended August 31, led by its increased engagement with its mobile apps. Nike officials told analysts Donahoe is expected to expand Nike’s overall digital capabilities beyond digital commerce.

The majority of Nike’s growth going forward is expected to be driven by owned and third-party online. At its Investor Day in October 2017, Nike predicted that online revenue — both from its own and wholesale partner websites — would generate about 30 percent of its sales by 2023, up from 15 percent currently. In December 2018, Andy Campion, Nike’s CFO, said the company expected over half of its sales to eventually originate online.

The CEO succession move also comes as Nike shares’ are trading near all-time highs. Shares closed Wednesday at $92.32, down $3.28, or 3.4 percent.

The change comes as the company has faced a series of public relations crises, including the recent ban of Nike’s top running coach amid doping allegations and concerns about the company’s workplace culture.

Last year, Parker apologized for allowing a corporate culture that excluded some staff and failed to take seriously complaints about workplace issues. The issue led to the departures of numerous senior leaders in the organization including president of Nike Brand, Trevor Edwards. In response, Parker said he would remain chairman and CEO beyond 2020.

The most recent controversy involved Alberto Salazar, head coach of Nike Oregon Project, Nike’s elite track and field training program, receiving a four-year ban by the U.S. Anti-Doping Agency (USADA) for doping conduct. The Journal reported that Salazar briefed Parker on several occasions about his experiments using a testosterone cream, according to e-mails revealed by the U.S. Anti-Doping Agency. Nike on October 11 announced that the Nike Oregon Project was being shut down.

Nike assured the media and analysts that the CEO change wasn’t triggered by the Oregon Project issue.

Parker’s tenure will go down as a financial success. Sales will have nearly tripled under his watch from $15 billion in fiscal 2006 to about $42 billion expected for the fiscal year ended April 2020. Since his appointment in January 2006, Nike’s shares have returned 1,004.3 percent versus the S&P 500 gain of 137.1 percent, according to Guggenheim Securities.

Nike’s only other move to hire an outside executive to run the company was a disappointment. In late 2004, William Perez, the former head of S.C. Johnson & Son, was named CEO but only lasted 13 months as he battled Nike’s Founder and current Chairman Emeritus, Phil Knight. Parker took over for Perez at the time.

Nike officials indicated they don’t consider Donahoe an outside hire given his experience on Nike’s board.

Phil Knight said in a statement on the pending change, “Mark Parker has worked at Nike for 40 years, doing an exemplary job in many different positions. His years as Chief Executive Officer have been outstanding. The company’s shareholders, employees, customers, suppliers, and our community in general, owe him a very large thank you. With Mark moving into a new role as Executive Chairman and John Donahoe coming as Chief Executive Officer, Nike will have an awesome team in place with complementary skill sets. They’ve already worked well together on the Board for the last five years. Forbes recently picked the two of them in the Top 25 of America’s most innovative leaders. This is a case where 1 + 1= 3.  I’m delighted Nike is in great hands for its digital future.”

Apple’s Tim Cook said in a statement, “In Mark and John, we have two exceptional leaders. With Mark‘s leadership, Nike’s revenue tripled and Nike became one of the most iconic and innovative brands in the world. John has a proven track record as a highly successful three-time CEO and, like Mark, leads with integrity and loves Nike and the world of sport. I know them both well and I could not be more excited they will work together to lead Nike’s next chapter.”

The moves come as Under Armour announced before the market opened Tuesday that current COO Patrik Frisk will replace the company’s Founder, Kevin Plank, as president and CEO at the start of 2020. On Monday, Adidas announced that Eric Liedtke, who was responsible for global brands, plans to exit the company at the close of the year. Brian Grevy, CEO of Gant who formerly worked at Adidas, will take his place.

Below, some comments from analysts on Nike’s move.

At Morgan Stanley, Kimberly Greenberger wrote in a note, “Though the timing is unexpected, we view Donahoe as an exceptional candidate for the job given his extensive background, which is particularly relevant as NKE strategically pivots toward digital initiatives.”

She doesn’t expect the upcoming CEO transition to alter near-term results, “though it may accelerate NKE’s digital transformation initiatives ahead of schedule, potentially indicating upside to our out-year forecasts.”

Morgan Stanley has an “Overweight” rating and a $108 price target.

John Kernan at Cowen, wrote, “Donahoe’s skill set and rich experience will directly address Nike’s digital transformation and help the company to become more responsive to digital trends. Nike is in the process of amplifying their digital capabilities and speed and Mr. Donahoe will accelerate that trajectory.”

Cowen has an “Outperform” rating and a price target of $105.

At Stifel, Jim Duffy wrote in a note that he believes Parker’s transition to the role of Executive Chairman may have been delayed due to the cultural challenges that arrived early last year to drive some executive departments. But he likewise felt Donahoe is “well suited to guide Nike through the next phase of growth in which we expect digital takes the lead.” He also noted that the transition should be helped by Parker staying on to provide guidance to the product development and brand management functions.

Said Duffy, “Nike’s product pipeline remains strong, and we are confident in both momentum through the balance of FY20 and the strategic business model changes geared towards a higher margin, higher return business in coming years.”

At Piper Jaffray, Erinn Murphy in a note described the Nike CEO change as “a little surprising” given the recent scrutiny surrounding the Oregon Project, but she believes the succession planning had been underway for some time.

She noted that compared to the executive moves this week at Under Armour and Adidas, Nike’s change stands out because Donahoe is the only new or promoted exec that comes with outside industry experience with Donahoe’s technology background. Murphy added, “Digital has been at the forefront of what sets Nike apart from its peers and is a big component of our bull thesis.”

Piper Jaffray has an “Overweight” rating and a $101 price target.

Jonathan Komp, at RW Baird, in a note wrote Donahoe “appears highly qualified and complementary” to Nike’s strategy of leading with digital transformation and Nike officials characterized the Donahoe and Parker partnership as “Dream Team” given Donahoe’s digital expertise and Parker’s product, innovation, and brand experience. Added Komp, “Still – and despite Donohoe’s impressive background – we think the company may face some questions related to his lack of direct brand experience (beyond the Nike board role) and the ability for an outside CEO to prove successful after such a long stretch of success under Parker (CEO since 2006) and a prior failed experiment with an outside CEO in 2004.”

RW Baird has a “Neutral” rating and a price target of $92.

Deutsche Bank’s Paul Trussell wrote in a note while he found the move “slightly more surprising” than the one earlier in the day at Under Armour, the hiring makes sense given Nike’s digital push and Donahoe’s background. Trussell wrote in a note, “Feedback received on Donahoe’s time at ServiceNow was positive (showcased strong performance and a solid track record), while more mixed on his tenure at eBay.”

Trussell also noted that Nike is not considering Donahoe an outside hire given his already-high level of involvement in the strategic planning process on Nike’s board over the last five years. He further noted that Parker’s continued involvement as executive chairman to guide brand, product and innovations is expected to support a smooth transition while Donahoe accelerates the digital transformation strategy.

Trussell wrote, “We remain confident in management’s ability to execute and believe further upside to the HSD sales and mid-teens EPS algorithm could be in store.”

Bob Drbul, Guggenheim Securities, wrote,  “We believe this development is a win-win as Mr. Donahoe has served on NKE’s board for the past five years, including active involvement over the past two years to further NKE’s digital transformation.”

He also wrote that Donahoe and Parker’s skillsets “appear quite complimentary of each other” and the “tandem should allow NKE to extend its digital leadership and also potentially unlock new growth opportunities.”

Guggenheim has a “Buy” rating on Nike.