After 23 years with the company, Nike Advertising Director for U.S. Brand Marketing Saga Shoffner has departer.

Shoffner, 47, joined Nike in 1984 and began her career as an advertising manager in the early years of 'Just Do It'. She led groundbreaking communications for running and women�s from 1987-1991. From 1991-1995 Shoffner worked on international advertising, primarily focused on Asia Pacific. In 1995 she led brand communications for Latin America and Canada. She is known for brand building, innovating and taking risks with campaigns like 'Live TV', 'Querido Mexico', and Brazil's '5 Star' World Cup win campaign in 2002.

“It's been a blast,' said Shoffner, “I am extremely proud of our work, and the talented creative people and agencies who have helped us. We continually pushed boundaries in communications to create thought and inspire consumers.”

“Time and time again, Saga has pushed the envelope at Nike and has pioneered some of the most inventive advertising and marketing in the six years I have known her,” said Mike Byrne, Creative Director/Partner of Anomaly in New York City. “Saga truly understands the brand and never allows the communication not to support, nourish and perpetuate the brand voice.”

Some of her campaign highlights include the 2003 NIKE Shox NZ More Go 'Streaker' campaign, 2004 “What If” and the 2004 Boston Red Sox 'Finally' win ad, the 2005 Nike Free Run Barefoot 'Chariots' and the incredibly successful 'Body That You Make' women's print & digital campaign, “My Butt is Big”.

“I'm ready for a new chapter in my life and career,” says Shoffner who plans to take an extended sabbatical before re-entering the advertising and marketing fields.” Shoffner is a graduate of the University of Oregon and Catlin Gabel School in Portland. 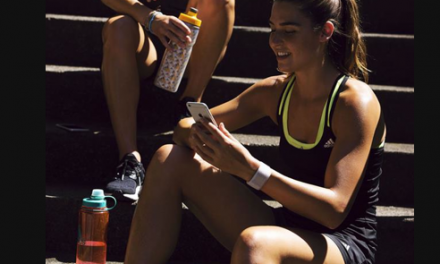