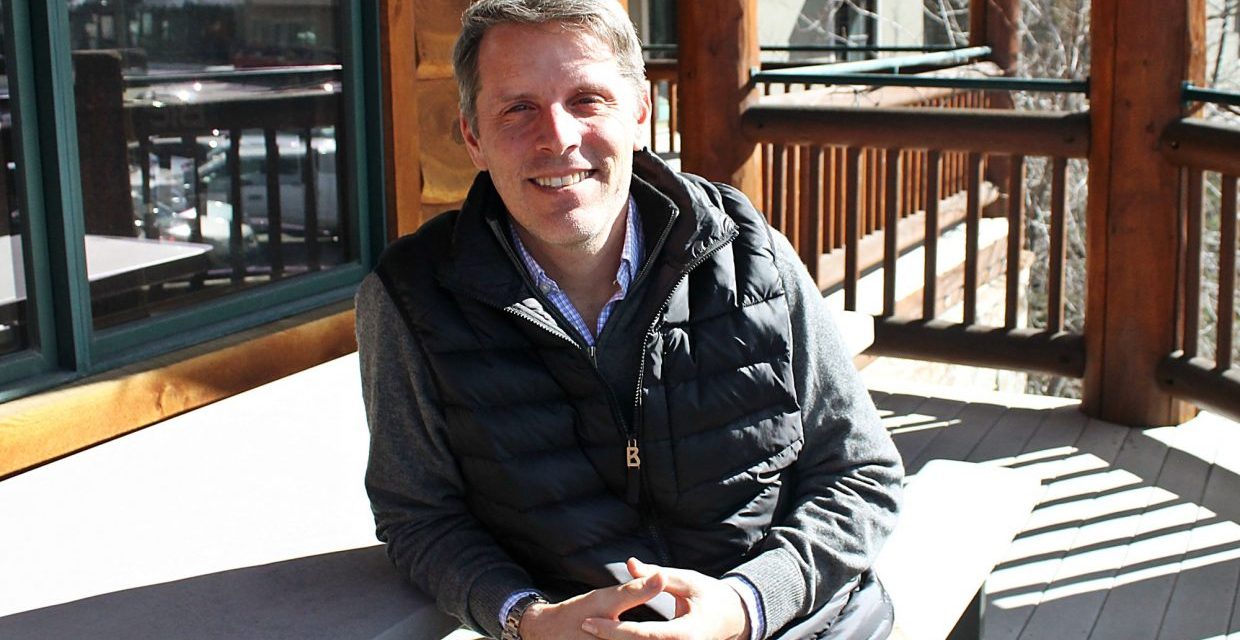 On a late afternoon last December, just before the busy holiday season, Nick Sargent found himself in dire need of some coffee.

His desire to caffeinate was understandable. A few days earlier, Sargent, president of Snowsports Industries America (SIA), had flown back to the U.S. from China, where he spent close to a week leading a group of winter sports brand executives on a whirlwind tour of some of the country’s premier ski resorts and gear shops.

To stay alert during a lengthy phone interview with SGB Executive from his office in Park City, UT, the admittedly jetlagged Sargent brewed a fresh cup as he recounted how the trade mission—SIA’s second following the inaugural excursion in 2018—was another success, albeit an exhausting one.

Sargent and his SIA colleagues, including COO Maria McNulty, shepherded SIA trade mission attendees on meetings with Chinese distributors and other potential business partners. The participants had journeyed around the world to gather intel about the myriad opportunities that await any brand willing and able to pursue an expansion there. The group also got to make a few turns on the slopes that will host Winter Olympic competitions in 2022.

But with the trade mission complete and the calendar about to turn to a new year, Sargent’s focus was turning as well—and for good reason. SIA is embarking on one of the trade association’s busiest years ever.

In a couple of weeks, the company will be front and center at Outdoor + Snow Show. Even though it no longer owns the event, SIA has a full slate of activities through its Industry + Intelligence curriculum. And a few days after Snow Show, SIA will co-host the On-Snow Demo with Western Winter Sports Representatives Association (WWSRA) at Winter Park Resort, less than two hours west of Denver.

And less than a month later, in early March, the association will lead another trade mission to China. But those are just a few of the offerings that the “new-look” SIA has lined up as 2020 kicks off.

This year will see the traditionally B2B-focused association host a pair of B2C shows; SIA in November agreed to acquire the consumer-focused Boston and Denver Ski and Snowboard Expos from BEWI Productions Inc.

The shows, dubbed the “unofficial kickoff to winter” for their ability to stoke the passion of skiers and snowboarders right before lifts start spinning, mark SIA’s return to hosting large-scale live events after selling Snow Show to Outdoor Retailer in 2017.

That’s not all. SIA in October opened up its membership to retailers, reps and resorts, allowing each group board eligibility, voting rights and a host of other benefits. The goal is to get more snow sports stakeholders on the same side, whether it’s fighting tariffs, tackling climate change or increasing participation—all initiatives that SIA is ramping up this year primarily because of extra bandwidth from shedding Snow Show.

In other words, Sargent will be pouring plenty of late-afternoon coffees throughout 2020.

With so much brewing at SIA, and on the cusp of Outdoor + Snow Show (or simply Snow Show to industry veterans), SGB Executive checked in with Sargent on all these happenings. Here’s what he shared about where the organization has been in recent years and its priorities moving forward.

There’s been a lot happening at SIA in recent months, and a lot of these changes will manifest in 2020. How did you guys get here? We’ve been busy the last four years reinventing, evolving and progressing SIA into what I like to call a “21st/22nd century business.” We’ve streamlined our overhead. We’ve moved from McLean, VA, to Park City, UT. We’ve sold the show to Emerald. We’ve reinforced our relationships with the National Ski Areas Association (NSAA) and Outdoor Industry Association (OIA) to do more and better work for all constituents of the winter and outdoor space. We’ve strengthened our research and data offering back to our membership. We’ve created more value proposition in being an SIA member to leverage our membership. We’ve taken a strong step toward fighting climate change. We’ve been advocating for our members in a lot of different spaces, specifically of late with regard to tariffs. And now, we are looking at consumers more closely.

Speaking of consumers, why the pivot to consumer shows? This is where every business is focused—not just outdoor, not just winter, but every industry around the world. The consumer is the end goal, and we need to speak to our consumers who are very passionate people and who are hardcore winter sport users. We need to speak to them in a way that resonates from the supplier to the retailer to the consumer in a way that is going to support key technology stories, key product stories, key functionalities, key retail opportunities, all in an effort to build stronger commerce and stronger relationships. That also includes adding more and new participants to our industry.

So, do the shows get new names and new branding in this whole process? Or is that still up in the air? The name is still up in the air. Obviously, there’s a lot of value in the BEWI name, but the shows we acquired will have new branding, new marketing, and new digital programming to support them. As for the name, we’ll figure that out. We’re not there yet, but it’s exciting to work on. It’s a lot of work to re-create something to support our industry and share our messaging around participation and climate education research, but I think it will be appealing to consumers.

Is there still the prospect of bringing additional shows onto the calendar? Absolutely. We’re going to focus on Boston and Denver in the short term, but we’ll keep an eye wide open for the expansion of a third and fourth show down the line. We feel that for us to be successful, we just have to shore up these two shows and then look at other regional shows to continue to support the business.

Any more plans you can share about SIA’s plans for the shows? Right now we’re just solidifying the dates and the locations. Not much will change with those, but the look and the feel of the shows will definitely change. We’re going to update them to 21st-century modern marketing. And we’re going to take a stronger omnichannel approach around how we communicate to the consumer and the retailer about the shows, the product, the excitement, the vibe. We want to create stronger communities to support not only these shows but, more importantly, the industry.

During your interview with SGB Executive in 2019, you said that climate and participation are the two biggest threats to snow sports, so let’s go over each. How is SIA addressing climate change? Climate is a tricky one. We have well over 650 active members and another 600 inactive members. We are looking at uniting our voice in the snow sports industry to drive climate policy and a clean energy economy and move those elements forward. We’ve created a partnership with NSAA and OIA—the Outdoor Business Climate Partnership—because we need a stronger and more powerful economic voice to drive a strong climate policy. So we are in Washington with our partners meeting with different representatives on the Hill and around Washington to create our agenda and elevate those business voices. More importantly, we are engaging with policymakers on both sides of the aisle. We’re stronger together, so I encourage our business leaders, our members, OIA members and NSAA members to step up, step in and use that voice. I also encourage other groups out there that are doing amazing work to align so we can all work toward that same goal.

Let’s shift to participation, which increased slightly in 2018/19 after a few years of plateauing. What does SIA have on tap in 2020 for growing snow sports? We took the last couple of years to get a good understanding of what the winter sports community has to offer from a participation perspective. We partnered with NSAA to make a sizeable donation to Share Winter as a way for us to further enhance participation and work with a qualified foundation that has direct ROI. We encouraged our other industry friends to join us. Now we have cross-industry collaboration. We’ve also encouraged our members to be involved. Just like climate, just like what we’re doing with consumer expos and shows, just like what we’re doing in other areas, we’re partnering up with our industry to create a stronger effort. NSAA, OIA, PSIA, U.S. Ski and Snowboard—we’re all doing very similar work in climate and participation. I’ve used a lot of my knowledge and expertise in collaboration partnerships from my past world to pull these public organizations together to create a larger footprint so we can have better results, a stronger impact, a stronger voice.

Do you think industry stakeholders are doing enough? Efforts are paying off, but it’s a long game, not a short game. This is everyone’s concern and everyone’s opportunity. I applaud those that have jumped in quickly and thoroughly. It shows that there is a strong desire and a great opportunity for us all. But we need more of our members to donate to and participate in these programs. We have an industry challenge out there of $100,000 to match our commitment of $40,000 to participation. And I’m a little appalled that we’re not seeing more commitment from our industry, but I also know that it’s going to take a lot of phone calls, a lot of handshakes and a lot of face-to-face meetings to do it. The way I look at it, we’re only investing in our future, and that’s everyone’s game.

Anything you can share about what you’ll be announcing or focused on during Outdoor + Snow Show? We have a lot to talk about around participation and climate. They’re going to be two of our big talking points. The consumer shows are going to be a big talking point for us, as well as showing the industry what it’s going to look like—the look, the feel, the branding. Otherwise, we are constantly working to build and grow and evolve and progress. From my perspective, that’s the best way to drive the business forward.