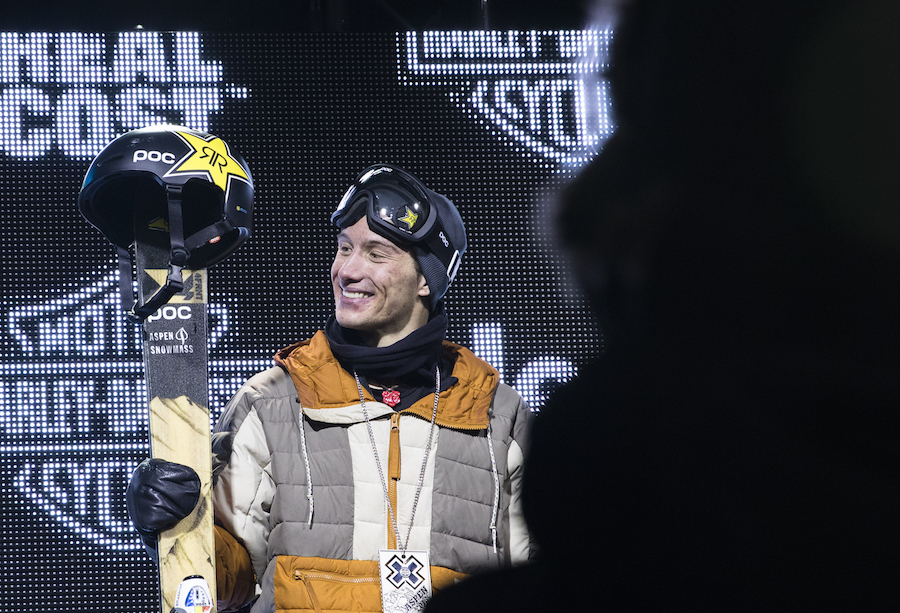 During the recent Winter Olympic Games in Pyeongchang, 23-year-old freeskier Alex Ferreira earned plenty of TV airtime thanks to a dazzling silver medal performance in the halfpipe.

Whenever the cameras zoomed in on the Aspen native’s smiling face—before he dropped into the pipe, the moment he finished his run, as he celebrated with friends and family—they also captured the name and logo of POC, the Swedish helmet and goggle manufacturer that is one of Ferreira’s sponsors.

And he did his part to ensure POC was front and center as the footage was broadcast around the globe.

“I was putting it in everybody’s face,” Ferreira said. “I’m putting the American flag and the POC symbol out there because those are the people who have been there for me.”

Ferreira, who spoke to SGB Executive via phone this week from Avoriaz, France—one of his stops on a two-month European tour—is a sponsored athlete with POC, so of course he wanted to flaunt its products for the world to see. But his relationship with the brand runs much deeper than any endorsement deal. It began eight years ago when Ferreira, then 15, applied for POC’s Local Talent Program, which promotes participation and safety in gravity sports for young athletes. The program offers free gear for athletes, but for Ferreira and others, it has meant so much more.

“You have a company that’s actually taking faith in you,” he said. “To have somebody like that giving you gear is one thing, but actually having them believe in you as a skier and giving you gear on top of that is a whole other thing. POC does that really well for the younger ski generation. It gives them an opportunity to actually be sponsored and to a ride for brand. I think it’s fantastic.” 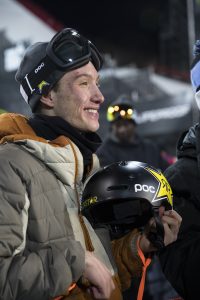 Alex Ferreira showcasing his POC gear at an event.

Exposure on the world stage is nothing new for hardgoods companies. When snowboarders ride the halfpipe, the board’s brand name is usually visible for much of their airtime. When skiers step out of their bindings after a run they hold one ski up to showcase which company helped them race a fast line.

POC is no different, although its LTP does stand out. The program dates back to the mid-2000s, when the company was looking for a way to leverage the gold medal that POC-sponsored skier Julia Mancuso won in giant slalom at the Torino Games. The LTP (on Twitter and Instagram: #POCLTP) has evolved over the years, but it gives young athletes in gravity-defying sports such as halfpipe freeskiing opportunities to become better at their disciplines while wearing the latest POC protective gear—much like an all-star, select baseball team.

The program has about 100 athletes in North America, although it receives up to 5,000 applications each year, according to Zach Clayton, sports marketing and events manager, POC North America. And while many athletes apply only for the free gear, Clayton is quick to inform them that a sweet lid is only one of the benefits. The LTP teaches participants how to communicate with adults, develop relationships with others, conduct themselves professionally and build their own personal brand.

The applicants that POC chooses each year aren’t necessarily the best athletes. There’s much more to the process than being able to throw a flawless triple cork or nail a perfect landing, just as a stellar GPA isn’t the only factor in getting into a good college.

“We truly believe that just because you’re the guy out there standing on the podium every day doesn’t necessarily mean you’re the best fit for the brand,” Clayton said. “The program is to provide a learning experience.”

The program also tries to select athletes from a variety of communities, to increase familiarity of the brand with young athletes and expose POC products to retailers in those areas.

“A lot of times we look at athletes from territories where we maybe aren’t as prevalent,” Clayton said. “Sometimes it’s a really good way to get a foot in the door with a retailer, and we want these athletes to know the product so when they’re on the chairlift and somebody asks what they’re wearing, they’re able to talk about the brand, which is really cool.”

POC’s LTP has multiple goals, and while Clayton said it’s hard to measure ROI on any aspect of the program—perhaps with the exception of a POC product on display during a primetime Olympics broadcast­ that millions are watching—the company has put its full support behind it.

For one, the LTP hopes to increase snow sports participation, something any hardgoods manufacturer wants to achieve in order to grow sales and market share. POC also incorporates LTP participants’ feedback into product development, allowing the athletes who are using the gear a platform to say what’s working and what’s not.

“Sometimes people shy away at being critical, or they feel like, ‘Hey, I just got a really good deal [free gear], so I’m not going to say anything that I think is wrong or should be changed,” Clayton said. “But we actually encourage them to give us feedback. If issues come up, they’re really good about sending me photos saying, ‘Hey, this works really well, but this doesn’t.”

Clayton sends that feedback to POC’s product team, which incorporates the positive and negative reviews into tweaking a gear design or even fashioning something new. And Ferreira is the first to say that the brand does indeed listen to its athletes, no matter how young they are.

“I would tell them, ‘Some of the lenses were fogging up too much and I think this could be a reason why,’ and they turned it around and made a new lens and made a new goggle,” Ferreira said. “They have full belief in the athletes. They want athlete feedback. They want to better the brand and better the skiing industry for health and safety.”

Bettering the brand is mission critical for the LTP, but the program also increases POC’s brand recognition around the world, especially when athletes such as Ferreira make it to the global stage and compete in the Olympics. POC had three former LTP participants representing the USA in South Korea—Ferreira; Aaron Blunck of Crested Butte, CO and Alex Hall of Park City, UT—all of whom POC started working with when they were in their early teens.

“There’s so many incredible youngsters out there doing really cool things,” Clayton said. “You just want them waving the POC flag while they’re out there.”

Clayton hopes LTP participants will always wave the POC flag, even if they don’t make it to sponsored athlete level, the Olympics or even the podium at their local ski hill. Most of them, in fact, won’t. “But hopefully they stick with us throughout their entire careers, no matter what level they ended up getting to,” he said.

Giving back to local youth programs by donating free gear and spending time developing young athletes isn’t a guarantee that any of them will make the next Olympics. And the returns on investment in such a program might be hard to measure. But improving product development, sharing the stoke of a particular sport to grow its participation and, yes, elevating your brand for the world to see are reasons enough to launch such a program. At least, that’s the message a now-famous Alex Ferreira has for companies.

“There’s no better way to get your brand out there, because all the younger kids are going to know it,” he said. “POC is a now a household name and it’s blown up. They came out of nowhere and now they’re a leader of goggles and helmets in the ski industry. I think a lot more companies should be giving back to their respective communities and athletes in it, show kids a really great time and show them the possibilities, which is really cool.”

POC is accepting applications for its LTP program through June 1, and the next crop of athletes will be announced in July. Visit http://www.sponsormepoc.com/skiracing to apply. 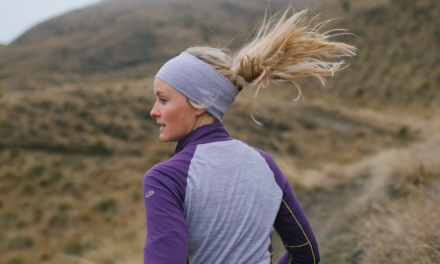