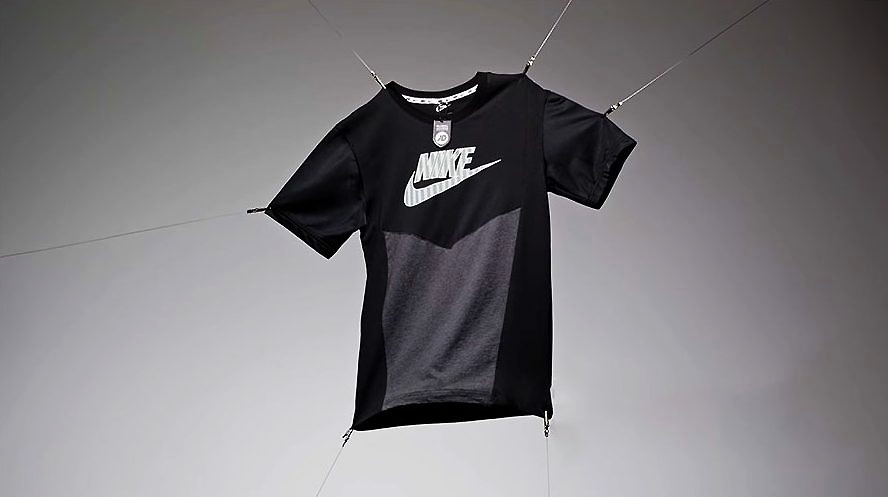 JD Sports Fashion, Britain’s largest sportswear retailer, predicted profits would rebound stronger than expected in 2021 as stores reopen after lockdown, and its aggressive expansion in the U.S. shows early signs of paying off.

“The Finish Line and JD businesses have had an exceptional year,” JD said in a statement with regards to its North American operations.

Total revenue in the Finish Line and JD businesses in the U.S. increased 6.4 percent to £1,704.3 million ($2.4 bn) in the fiscal year ended January 30 from £1,601.5 million a year ago despite store closures and in-store restrictions during the year due to the pandemic. Profit before tax and exceptional items jumped 66.2 percent to £156.6 million from £94.2 million the prior year.

Elsewhere in North America, in the six weeks after completion, the Shoe Palace business contributed a profit before tax and exceptional items of £13.9 million with revenues of £56.1 million.

Online Growth And Stimulus Checks Prop Up North American Growth
JD Sports, in a statement, pointed to three factors driving its success in North America in 2020: 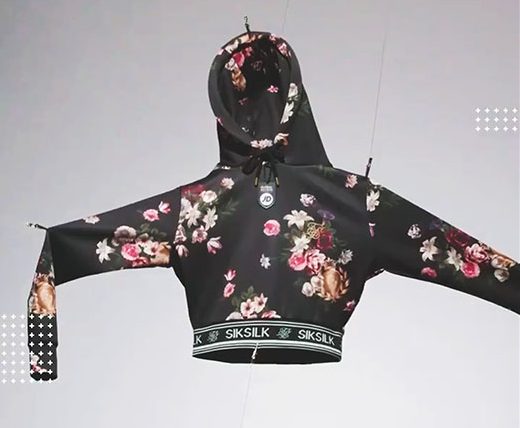 JD Sports said in a statement, “The acquisition of Shoe Palace significantly enhances our connection with the Spanish speaking communities on the West Coast and in the Southern border states and is, therefore, an excellent complementary fit with our existing Finish Line and JD businesses whose consumer connection is at its strongest in the industrial states in the North and East of the United States.”

On March 17, 2021, JD Sports completed DTLR Villa’s acquisition, based in Baltimore, MD for $495 million. At the acquisition date, DTLR operated 247 stores across 19 states, principally in the North and East of the U.S. JD Sports said in a statement, “The acquisition of DTLR, with its differentiated consumer proposition, will enhance the Group’s presence in the North and East of the United States complementing not only our existing JD and Finish Line fascias but also the recent acquisition of Shoe Palace based on the West Coast.” 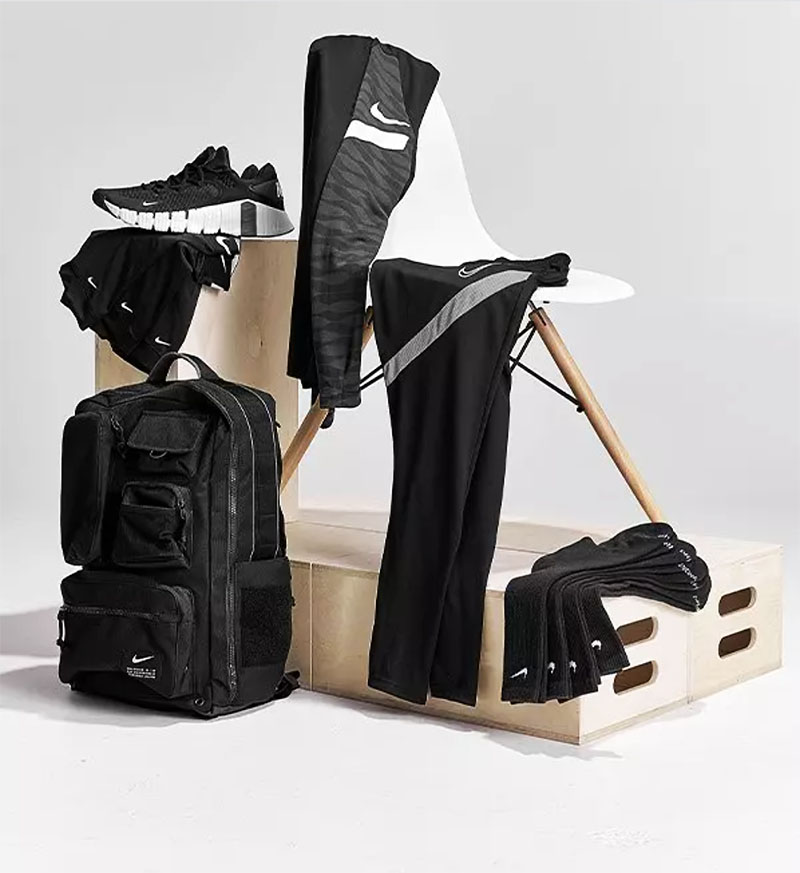 JD Sports Delivers Bullish Profit Outlook For 2021
Companywide, the year’s results came in as expected, with sales growing one percent to £6,167.3 million despite store restrictions due to the pandemic.

The year’s overall sales gains were helped by the ability to recapture sales lost as stores were closed through online channels. In its core market in the U.K. and Ireland, approximately 70 percent of the combined store and online revenues from the prior year were retained through solely digital channels during the initial closure period in the Spring. This retention rate increased to 100 percent through November when stores in the U.K. were closed again.

JDSports added in its statement, “There is cause for optimism in the future of our store estate, though as even with materially lower footfall into many city centers and major shopping malls, sales in like-for-like stores grew by more than 4 percent in the Q3 period from August to October, which was largely a period free from restrictions.”

For 2020, profit before tax and exceptional items decreased 4.0 percent to £421.3 million from £438.8 million in the prior year. Results beat the group’s recently upgraded forecast for at least £400 million and were higher than its initial £295 million forecasts.

Total gross margin in the year improved to 48.0 percent from 47.0 percent, mainly due to a stronger margin in the U.S. with demand consequent to the federal fiscal stimulus driving lower levels of promotional activity in the overall market compared to previous years.

Adjusted results exclude a £20 million charge for restructuring its outdoors business and a £55 million impairment against Footasylum. Peter Cowgill, executive chairman, told The Financial Times the charge Footasylum reflected the trend toward seeing direct-to-consumer sales at major sports brands rather than the protracted regulatory process around the acquisition.

After taxes and non-recurring items, profits came to £356.6 million from £392.6 million the prior year.

Looking ahead, the retailer forecasted that profits would surge above pre-pandemic levels as restrictions eased.

JD expects profits before tax for the full year ended January 29, 2022 will be in the range of £475 million to £500 million. The company had previously predicted profits of between £440 million and £450 million for the current financial year. About £15 million of the increase is due to the acquisition of DTLR in the U.S., with the remainder down to organic growth.

JD Sports warned that the U.K.’s departure from the European Union had caused disruptions from customs checks on the transfer of goods from the U.K. to E.U. countries. A new warehouse in Dublin will be operational in the second half of this year to fulfill online orders in Ireland.

Analysts Optimistic On JD Sports’ Prospects
“The U.S. was once again the highlight with profits almost doubling (margins +390bp) and with a double-digit sales increase on ‘badge flips’ the conversion of the Finish Line store estate to JD will accelerate as the format gains traction in the U.S.,” wrote Simon Irwin, at Credit Suisse, in a note. “Newly acquired Shoe Palace and DTLR Villa should be strengthened by integration into JD’s online platform, and the three formats offer growth options and a strong multi-brand alternative as brands drive DTC.”

Irwin expects that profitability in the U.K. and Europe will be restrained by lockdowns and logistics challenges but expects profit margins in those regions to improve as occupancy costs come down and new D.C.s are completed in Ireland and Belgium.

Irwin, who has an “Outperform” rating on the stock, added, “As the consolidator of choice, JD’s position in the industry continues to strengthen, and we see continued strong mid-term growth through organic expansion, M&A and margin expansion.”

Amy Curry at Morgan Stanley, who has an “Equal-Weight” rating on the stock, wrote, “We think investor focus will be on current trading. Although there have been widespread store closures since its new financial year, JD remains confident in its proposition and comments that it is ‘encouraged with trading to date in the new year with levels of sales retention in those markets which have experienced closures running slightly ahead of those in Spring 2020.’ While this is not a quantitative update, we believe it is relatively upbeat.”

Richard Chamberlain at RBC, who has an “outperform” rating on JD Sports, believes the retailer should further strengthen its position as a preferred partner of major sports brands like Nike and Adidas, given its merchandising approach and premium positioning. Chamberlain wrote, “JD should be one of a minority of U.K. retailers which can scale its offer globally in the growing sportswear and athleisure category. In particular, we see the potential for stronger online sales this year and a stronger U.S. performance than the market expects. Recent acquisitions in the U.S. should provide JD with an opportunity to broaden its customer demographic and are complementary to its existing Finish Line operation there.”