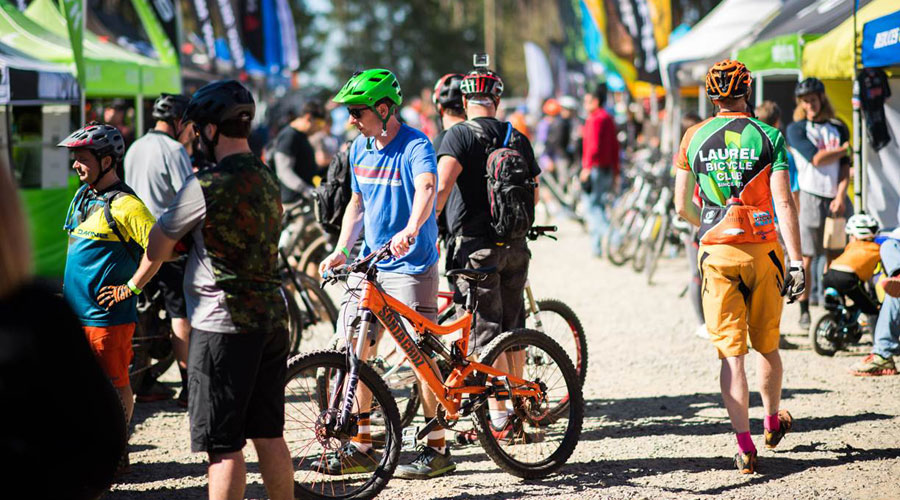 Interbike’s first satellite trade and consumer show delivered far fewer retail employees but more consumers than organizers expected last week, but clearly demonstrated its potential to become the East Coast event many in the industry are looking for.

About 500 retail employees and 3,000 consumers turned out for the four-day event at the U.S. National Whitewater Center (USNWC), which wowed exhibitors and dealers with its more than 30 miles of mountain biking trails. In an interview earlier in the month, Interbike Show Director Pat Hus said he was expecting 500 stores to send more than 1,000 employees to the dealer-only event on Thursday and Friday. He was expecting a couple thousand consumers to show over the weekend.

“We were a bit disappointed with the turnout for trade,” said Interbike Spokesman Justin Gottlieb on October 26. “We realize it’s a difficult time in the industry, but we certainly thought we would get a better turnout. However, those that turned up, when you look at the education sessions and the demo bike racks, it’s clear they were there for education and demos.”

Gottlieb said Interbike intends to hold the event at the USNWC again next year.

Gottlieb’s remarks echoed those of exhibitors interviewed by SGB at the event. Most noted a steep drop-off in traffic on the second day of the dealer show, but were very encouraged by consumer traffic on Saturday. The inverse was said to have occurred with seminars and clinics, where attendance dropped off over the weekend.

Several exhibitors reported a sharp drop in dealer traffic Friday, but said they were inclined to return next year because they are eager to see such an event succeed in the Eastern United States. They praised the venue, the presence of the industry’s most important brands, the distance dealers traveled, their readiness to ride and order and that the majority had not attended Interbike.

“I’m seeing a lot of new faces,” said Josh Middleton, a customer service and sales rep with Küat Racks, which has relatively few dealers in the Southeast. “We certainly talked to a lot of new shops; 30 to 40 dealers came by.”

Specialized, Trek and Santa Cruz, which did not participate in the outdoor demo at Interbike last month in Las Vegas, bought demo fleets, as did Cannondale. Core mountain biking brands Ibis, Niner, Norco, Pivot and Santa Cruz were also on hand as were key component brands Shimano, SRAM, Fox Factory Racing, Campagnolo and Crank Brothers. A total of 135 vendors exhibited, including a handful of non-profits and retailers.

“The fact that three of the four majors [Specialized, Trek and Cannondale] are here is extremely important,” said Andy McVey, North American demo and training manager for Cannondale parent Cycling Sports Group. “If this is successful, it will lay roots for other big events in the East. It has huge ramifications.”

“Interbike’s Outdoor Demo was really slow this year,” said Mark Jordan, global marketing communications manager for Fox Factory Inc.’s bicycle division. “A lot of vendors pulled out. But this event is great. This is a part of the market the industry has not seen before. I don’t remember a big East Coast show.”

Promoting E-Bikes
At the Haibike booth, traffic was steady but slow through Friday, said Ken Miner, director of sales for Haibike USA.

“People are definitely coming prepared,” said Miner, who arrived with a demo fleet of eight e-mountainbikes (e-MTBs). “Once they’ve ridden the bikes they are ready to start carrying them. We will probably leave here with 6 or 7 new dealers.” About 30 dealers took out Haibike bikes for 75 demos rides Thursday and Friday, while about 40 consumers took about 90 rides Saturday and Sunday. “We will definitely be back for next year and have reached out to CycloFest already on tweaks that we would like to see to help grow the e-bike segment,” Miner said.

On Tuesday, Haibike announced a multi-year sponsorship agreement to be the first official e-bike sponsor of the Subaru Sea Otter Classic, where it co-sponsored the first sanctioned e-mountain bike race in the country this April.

Nick Margadonna, director of sales for Specialized Bicycle Components, said he spoke to dealers from seven states, stretching from Kentucky and Ohio to Pennsylvania and New York, including some who do not yet carry the company’s bikes. The company brought 30 of its Levo e-MTBs, which only became available in the United States in July. On Friday, it had to stop offering demo rides at 3:30 pm after more than 100 test rides exhausted their batteries.

Because the USNWC center does not ban e-MTBs from its trails, the event turned out to be a powerful platform for promoting the category among key influencers.

“It’s hard not to like,” Tarheel Trailblazers President Tom Ambrozevitch said of his first ride on an e-MTB. He added that he did not see any evidence that the bikes caused more trail erosion.

The club’s 300 members maintain about 150 miles of mountain biking trails within an hour of downtown Charlotte. The club has recently been enlisted by IMBA to help build a 16-mile trail at nearby Kings Mountain that will traverse parks managed by two states and the National Park Service.

Better Than Vegas
Trek, which brought 40 bikes, saw test rides triple Saturday to 100, or about twice what it does at single-dealer events. The company brought road bikes to the event but never displayed them because no one asked to see them, said Field Marketing Rep Tom Jenkins.

Brant Havro, who drove 10 of Shimano’s STEPS-powered urban bikes to the show, was disappointed that dealers had only taken them out on 10 test rides. Still, he said the company would be back next year. “The dealers I talked to said they’d much rather be here than Vegas,” said Havro, who drives Shimano’s STEPS demo van to events all over the country.

Regional reps were most enthusiastic.

“Great turnout,” KHS Bicycles Florida Territory Manager Dean Weinberger said Saturday as consumers streamed by the company’s booth. “Everyone has a smile on their face, even the dealers. It’s expensive to go to Interbike. A cup of coffee here is $2. In Vegas they get $7 at Starbucks. I hope they welcome us back.”

Weinberger suggested Interbike should try to move the exhibition area, which was located on gravel beneath high voltage power lines, and consider trimming the dealer event to a single day.

Gottlieb and Hyde both acknowledged they need to do more to draw and accommodate the region’s large road biking community. The Charlotte Criterium presented by Novant draws more than 300,000 spectators to downtown Charlotte every April and the 24 Hours of Booty ride raises millions for cancer research every July. The City of Rock Hill operates the Giordana Velodrome a few miles down the Catawba River. Although 100 participated in an early Sunday road ride, road bikes and riders were hard to find on Friday and Saturday afternoon.

“It’s on us in the future to add more on the road side,” Hyde said.