Wilson Doubles Down On Baseball 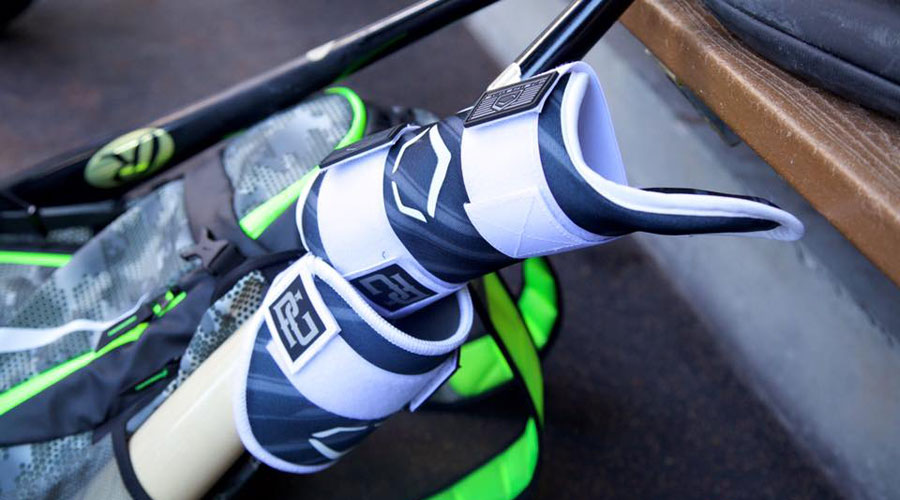 Furthering its position in the baseball category, Wilson Sporting Goods Co. acquired EvoShield, a specialist in baseball wrist guards, elbow guards and leg guards. Terms of the deal were not disclosed.

Founded in 2006 by former University of Georgia athletes, EvoShield is best known for its signature Gel-to-Shell technology, which uses a proprietary substance that turns a gel into a rigid protective guard within 20 minutes. EvoShield also makes rib and heart protectors. Most widely used in baseball, it’s the Official Protective Gear of Major League Baseball. It also makes protective products for football, hockey, soccer and hunt.

The acquisition includes the EvoShield brand, all EvoShield-branded products, intellectual property and distribution rights. Wilson will market and sell EvoShield as a stand-alone brand, similar to how it is sold today.

In an interview with SGB, Mike Dowse, president of Wilson Sporting Goods, said the acquisition gives Wilson an opportunity to “further address the baseball category at every level of the game.” The company’s baseball portfolio already includes Wilson Ball Glove, Louisville Slugger, the DeMarini bat brand and ATEC, a manufacturer of pitching machines and baseball training equipment. Said Dowse, “We live and breathe baseball every day. It’s one of our key growth drivers.”

Wilson was particularly attracted to EvoShield because it dominates the categories it addresses. More than 90 percent of MLB’s players use EvoShield protective gear and it’s also prominently used at the college level and across the travel team circuit. What particularly supported the acquisition is that there’s little overlap with Wilson. Baseball helmets, which the Wilson brand also addresses, is the only category it shares with EvoShield.

Wilson’s global resources, infrastructure and research and development programs are also expected to help take EvoShield to the next level. Officially launching in 2007, EvoShield only started selling to larger retail accounts such as Dick’s Sporting Goods and Academy in 2011 and “really took off” but has reached the size where they’ll benefit from a larger partner, Dowse said. He added that Wilson has a “proven model” of being able to expand acquired brands, starting with its acquisition of DeMarini in 2000, followed by Atec in 2003 and Louisville Slugger last year.

As far as opportunities for growth, Dowse expects that Wilson can help EvoShield further its position in football, the brand’s next biggest category after baseball. Another opportunity will be international, where EvoShield has a minimal presence and Wilson stocks a full sales force in Latin America and the Asia Pacific region. Dowse noted, for example, that Wilson has accelerated Louisville Slugger’s international growth “dramatically” since its acquisition last year.

Further down the road, Amer Sports may look to utilize Gel-to-Shell for the protection needs of other sports, such as cycling or ski. Amer’s primary brands also include Salomon, Atomic, Arc’teryx, Mavic, Suunto and Precor. Said Dowse, “EvoShield has a really special technology that’s allowed them to almost create their own category.”

Wilson’s broad infrastructure is also expected to help EvoSheild better approach the baseball and softball opportunity. Said Jim Hackett, general manager of Wilson Baseball and Softball, in a statement, “We are continually looking at ways we can better serve our players, coaches and teams, and EvoShield will be a key way we do that moving forward.”

EvoShield will be incorporated into Wilson’s customer service systems and warehousing structure supporting its overall portfolio of baseball brands. The brand will be serviced by Wilson’s 60 in-house sales reps in the U.S. covering both national accounts and smaller “grassroots” shops. Dowse said EvoShield’s internal structure “serviced the business well but we can do so much more with our systems. We’re pretty sophisticated at it.”

The transition details are still being worked out as far as the employees of EvoShield, which is based in Bogart, GA, near Athens. Dowse noted, however, that most of EvoShield’s operations will move to Wilson’s headquarters in Chicago. Said Dowse, “We’ll look to keep some key people.”

Mike Van Alstyn, EvoShield’s president since October 2015, will not be joining Wilson.