Inside The Call: Vista Outdoor Capitalized On Firearms, Bike And Outdoor Surges In Fiscal Quarter 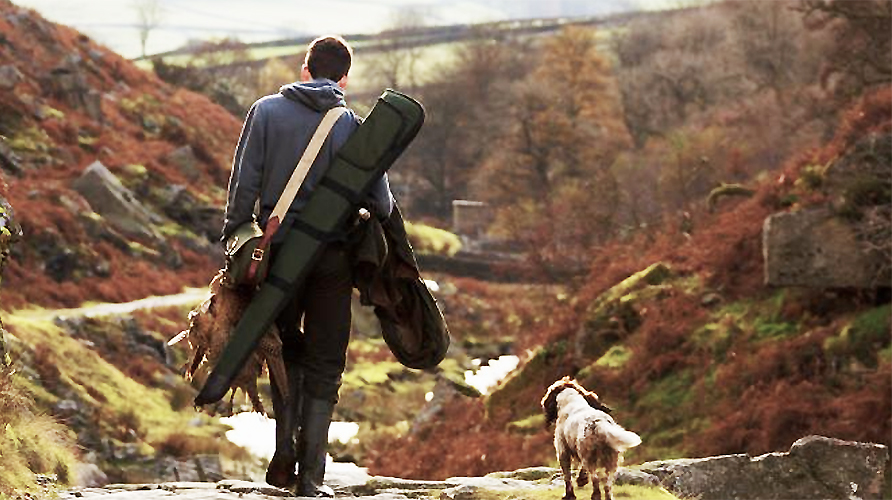 Vista Outdoor Inc., the parent company of Camelbak, Bushnell, Bell, Giro, Federal, and other outdoor-oriented brands, said that outdoor recreation quickly became the go-to form of exercise and entertainment during the COVID-19 shutdown driving stronger-than-expected sales in most categories in the fiscal first quarter ended June 28.

“The key to increasing participation over the long-term is recruitment, and the silver lining in the pandemic is that Americans now, more than ever, have reunited and rediscovered outdoor activities,” said Vista CEO Christopher Metz. “We believe the structural change is not 3- or 6-months within our country and lifestyles, but the beginning of a new norm and a way of life.”

He said continued uncertainty drove sales in the company’s shooting sports categories and volumes “not expected when the quarter began.” Metz went on to say that it is not seeing a refreshed desire for self-sufficiency and personal protection with consumers. “The trends we saw in the back-half of the last calendar year towards personal protection was well underway prior to these societal changes, but recent events have accelerated new user recruitment and increased participation,” Metz offered.

Metz also sees the Q1 results as the “manifestation of the last couple of years of heavy lifting” where the company rationalized corporate overhead, streamlined and improved operations, simplified its business unit structure, and improved key processes, all resulting in greater margin expansion and bottom-line results.

“We also continue to gain momentum on driving organic top-line growth which turned positive in the third quarter of our fiscal year 2020 and will continue as we go forward,” he said.

Metz said, “I’m equally pleased that we generated $73 million in free cash flow in what is typically a cash use quarter for us, and we brought our leverage ratio down to 2.6x.” He said the first stage of the company’s transformation included major progress on SKU rationalization, process improvements, margin expansion, and cost reduction. “Combined with significant cuts to corporate SG&A, the result has been a far more profitable platform that generates improved earnings for each dollar of our sales,” he concluded.

The CEO outlined marketing initiatives and other factors that helped strengthen results for the first quarter. 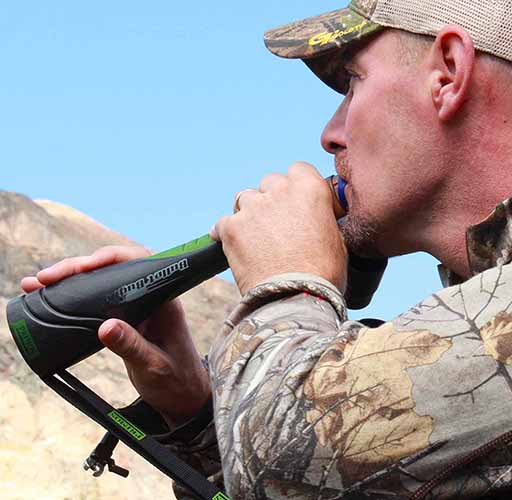 Hunting and Shooting Accessories saw a stronger POS as stores reopened toward the end of the quarter, and the reporting unit was able to offset some of the headwinds as a result of retail closures earlier in the quarter. The reporting unit ended stronger in June and saw overall higher DTC sales throughout the quarter.

First-quarter gross profit was $85 million, or 25 percent of net sales in Q1, up more than 70 percent, or 800 basis points, from the prior-year quarter. Outside of volume as the key driver, Vista also noted pricing improvement, margin lift driven by mix as well as favorable commodities and cost-saving initiatives in operations.

Shooting Sports delivered “exceptionally strong” EBIT in the quarter, with EBIT up 250 percent in dollar terms over the prior-year quarter while the segment’s EBIT margin improved by nearly 1,100 basis points. This improvement was said to be a result of “increased gross profit, disciplined expense management and COVID-19-related travel restrictions.”

In the Ammunition segment, Metz said, “They connected with their audience with new and old in many creative and impactful ways. Data from the National Shooting Sports Foundation shows that 40 percent of firearm purchases in 2020 have come from first-time buyers. Content-focused on safety, how to’s and learning the basics have driven the Federal Premium website to new highs. Since April, its website has experienced 80 percent new users.” In addition to the influx of new users, Metz said they are starting to see more diversity. He again cited NSSF which reported the combined purchasing of firearms from persons of color and women during the first six months of 2020 increased 58 percent over the same period last year. “The Ammunition team is focused on engaging and building lifetime relationships with these new demographics,” he said. 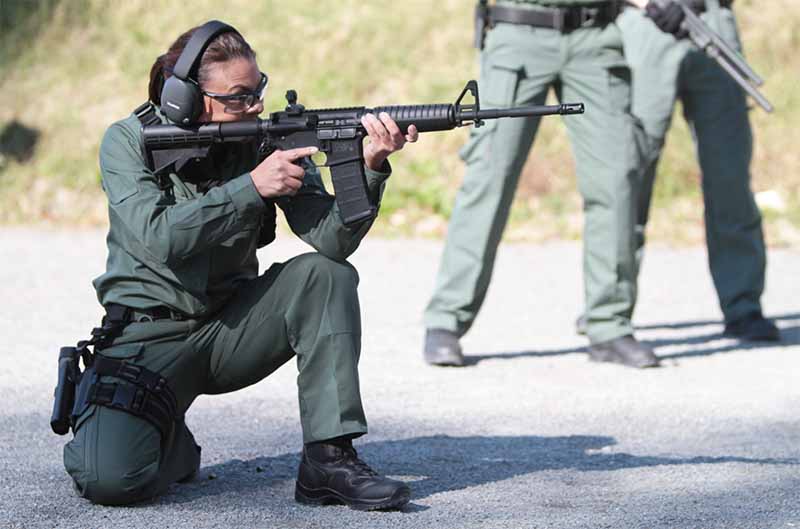 Ammunition sales were up 22 percent in the quarter.

In addition to “strong” sales in Federal Premiums Turkey loads during the spring Turkey season, he said they saw “strong ordering patterns in Premium hunting loads which track with the spring increases and are an indicator for a strong fall season ahead.”

Another major driver for the quarter was ammunition production, which has stayed open during the pandemic. “The first quarter demonstrated again why, and how, Federal and CCI Spear are the world leaders in ammunition manufacturing,” Metz claimed.

“During the last 2.5 years, we’ve been taking advantage of the downturn to transform our Ammunition business into a stronger, leaner and more nimble operation,” explained Metz. “So that when the market recovers, we will be able to capitalize on growth even more than we could have before. The fact that we were able to improve gross margins in this segment by more than 1,000 basis points inside of 90 days, is proof that our transformation in Ammunition is working.”

“Combined with working from home, less vacation travel and more free time, this has led to increases in participation in handgun, rifle and shotgun sports. We’re seeing stockpiling happening to a certain degree, but the free time has given people more opportunities to recreate in real-time,” the CEO offered.

Metz said they have repurposed a portion of their own internal capacity to meet the continued unmet marketplace demands for pistol ammunition, which “has tended to be less volatile of a category and higher-margin profile when compared with the .223, 5.56 categories.” 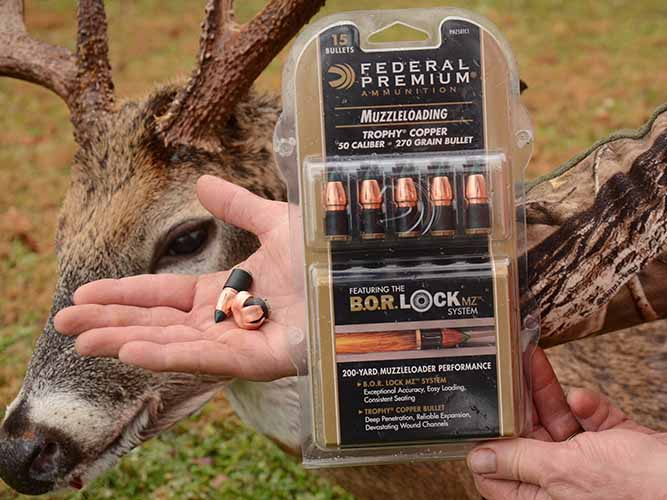 Outdoor product sales were $145 million in the first quarter, down 4 percent, compared with the prior-year quarter, “due to COVID-19-related disruptions for the majority of the quarter primarily impacting Hydration and Golf offset by the resurgence in outdoor recreation activities and increases in the DTC channel across all brands. Strong demand materialized in the last month of the quarter upon stores re-opening.”

At Camp Chef, the pandemic has led to a surge in outdoor cooking. “Our online presence has not only led to major brand awareness and significant growth in sales, but sales on the campchef.com platform were up 4x year-over-year during the month of June which led to significant profitability improvements,” Metz detailed.

In Cycling, Metz also reiterated the strong trends in the cycling industry reported by NPD and others. “The cycling industry is seeing unprecedented growth due to the pandemic,” Metz reported. “Sales of adult bicycles have tripled. Sales of children’s bikes have more than doubled compared with the prior year. Bell and Giro, leaders in cycling helmets and accessories, are leading the charge. Both brands quickly embraced the new landscape and adopted a digital-first strategy for both sales and marketing. This has led to exceptional growth in all channels from specialty retail to mass market and e-commerce. Our Bell and Giro brands are now preparing for the long-term resurgence of the industry by working closely with our retail partners.” 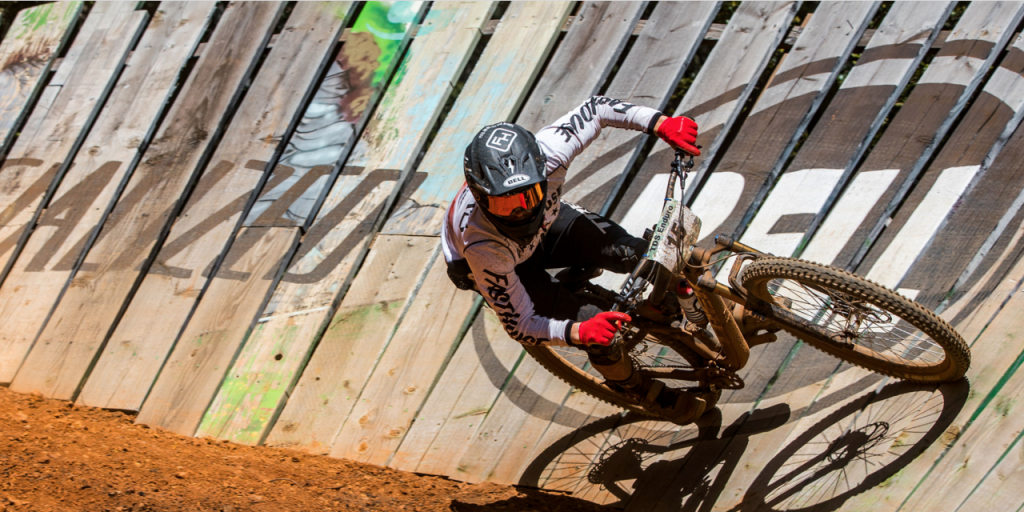 Metz pointed to People For Bikes research that shows 85 percent of new bike owners will stay in the category post-pandemic.

For CamelBak, Metz said the team has shifted its messaging to focus on personalized pursuits of staying healthy. This includes partnerships and content creation centered on home-based exercise and fitness. The social feeds and new Thirst Things First blog provide useful information for staying active and healthy.

CamelBak’s official launch of its Horizon Drinkware line on camelback.com was said to be a key driver in CamelBak achieving a record quarter in DTC sales. Digital marketing efforts in support of the Horizon launch also reportedly helped produce a record quarter for its website traffic and social media engagement metrics.

Investments in e-commerce and digital infrastructure have reportedly paid off in “major ways” when brick & mortar retailers were forced to close their doors. “Our e-commerce business, including B2C and e-tail accounts, grew more than 40 percent over the prior year,” Metz said. “In many of our brands, we doubled or even tripled the frequency of email marketing communication to keep people informed on new products from our partners and influencers. We also pivoted to more relevant, live and creative content across our social channels, given increases in mobile screen time during the pandemic.”

Vista Outdoor was one of the few active lifestyle brands that has offered look-ahead guidance. Most others have canceled guidance due to COVID-19 uncertainties.