Inside The Call: Vans’ Bounce Back Boosts VF’s Q1 Results 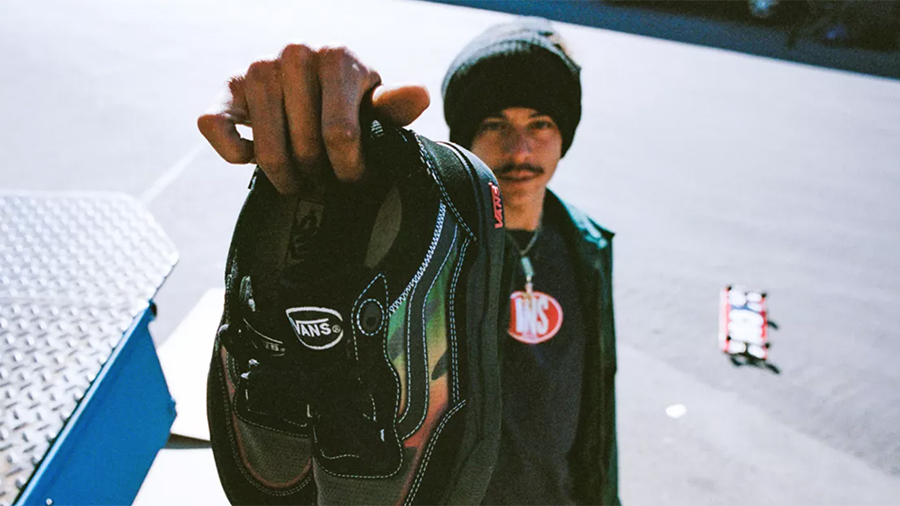 VF Corp. raised its outlook for its fiscal year after reporting results in the first quarter ended June 30 came in well ahead of expectations, helped by signs of recovery at Vans and continued strength in digital. The outlook reflects stronger-than-expected order books for its four primary brands, which also include The North Face, Timberland and Dickies, and strength at two emerging brands, Altra and Smartwool.

“We’re encouraged by the strong start to our fiscal 2022 year,” said Steve Rendle, VF’s chairman, president and CEO, on a call with analysts. “Our teams delivered an outstanding first quarter, powering VF back to pre-pandemic revenue levels while driving an earnings recovery well ahead of our initial expectations. We continue to see broad-based momentum across the portfolio, which furthers my confidence in our ability to accelerate growth through fiscal 2022 and beyond.”

Rendle noted that the near-term environment remains “somewhat clouded” by virus surges in Southeast Asia, uncertainties in other regions brought on by the impact of new variants and further pressures on the global supply chain. He added, “Our teams are executing. We remain focused on the things that we can control and winning in the parts of our business where the consumer is coming back strong. And we remain confident in our ability to continue driving this sharp recovery across our business.”

The first quarter is the smallest quarter for VF, but sales reached pre-pandemic levels one quarter ahead of initial expectations. Momentum was seen across brands, regions and channels.

By channel, its global DTC business delivered high-single-digit growth relative to prior peak levels, driven by a strong acceleration from VF’s brick and mortar stores in the U.S and continued strength in digital.

VF’s organic DTC digital businesses are now 72 percent above fiscal 2020 levels, representing a 31 percent two-year CAGR growth. Strength is also being seen at key digital partners globally with pure-play digital wholesale growth of over 70 percent relative to fiscal 2020. Total digital penetration was roughly a quarter of Q1 revenues, which represents about double the penetration from the first quarter of 2020.

The wholesale business grew over 100 percent organically in Q1, approaching prior peak fiscal 2020 levels. Rendle said, “Strong sell-through trends and clean inventory levels from the past year are now translating into stronger fall 21 and spring 22 order books, supporting an improving outlook for our wholesale business for this year and beyond.” 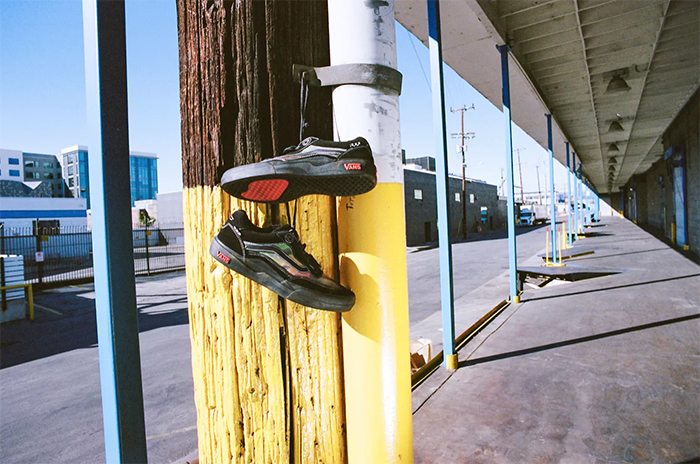 “The recovery has been led by global DTC business which drove double-digit growth relative to fiscal 2020, led by 73 percent growth in digital,” said Rendle.

In the EMEA, the 125 percent growth benefited from strength across all major markets as stores reopened throughout the region. Vans’ EMEA business is up 30 percent relative to fiscal 2020.

APAC’s 19 percent growth for Vans was led by 22 percent growth in China. A soft launch of the Vans Family loyalty program was launched in China in June and over 1 million new loyalty members were added following the launch, bringing membership to nearly 17 million.

“Vans kicked off its 52-week drop calendar this quarter, seeking to create a consistent, predictable globally aligned and focused approach to drive brand energy and consumer engagement,” said Rendle. “Seven weeks into the program, we are encouraged by the initial consumer reads and the instant sell-outs of several early drops.”

Vans will more formally market the Vans’ droplist in fiscal Q3 ahead of the fall holiday season.

“We remain bullish on the setup for Vans moving through fiscal 2022 and are encouraged by the early reads from the back-to-school season underway,” said Rendle. Vans is now expected to grow 28 to 29 percent in fiscal 2022, representing growth of nine to 10 percent relative to fiscal 2020. Previously, VF predicted Vans would see 26 percent and 28 percent growth, representing a 7 percent to 9 percent increase relative to prior peak revenue. 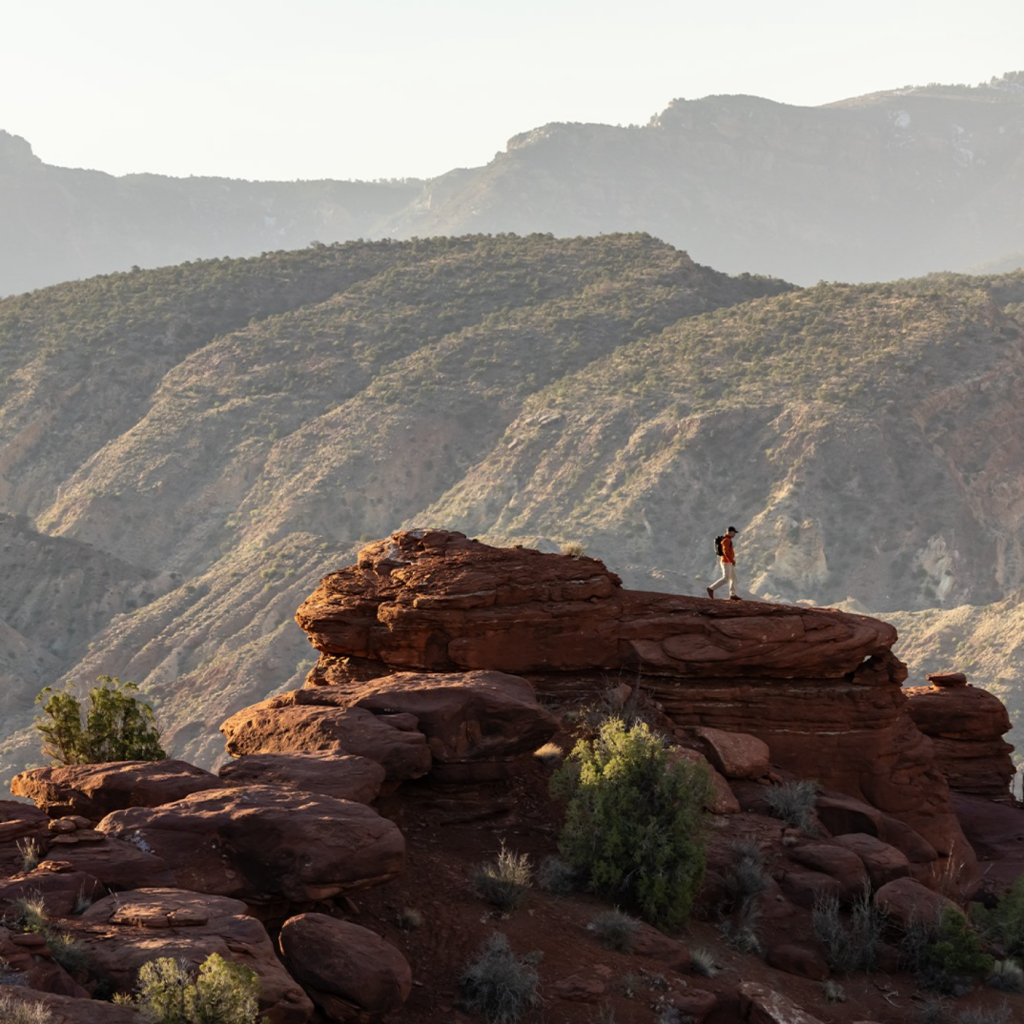 The North Face Surges 83 Percent
The North Face’s global revenues gained 83 percent, representing 6 percent growth above pre-pandemic levels. All regions rebounded sharply in Q1, highlighted by “continued exceptional” performance in EMEA, which grew 142 percent versus the prior year and was up 58 percent to fiscal 2020. Year-over-year sales on a currency-neutral basis were up 80 percent in the Americas. The APAC region grew 22 percent, highlighted by 80 percent growth in digital relative to fiscal 2020 levels.

“The North Face’s spring sell-through rates were some of the highest in years, reflecting strong progress on the brand’s ability to drive 365-day relevancy,” said Rendle. “TNF continues to drive energy in On-Mounting categories with a Futurelight franchise, as well as the new Vectiv footwear rollout further establishing its legitimacy in outdoor footwear.”

TNF is also seeing outsized growth from the casual categories such as logo wear, which grew over 100 percent in Q1, as consumers show strong engagement with the brand Off-Mountain. TNF’s loyalty program, The Explore Pass, has grown to over 7 million consumers adding nearly 300,000 new members in Q1. 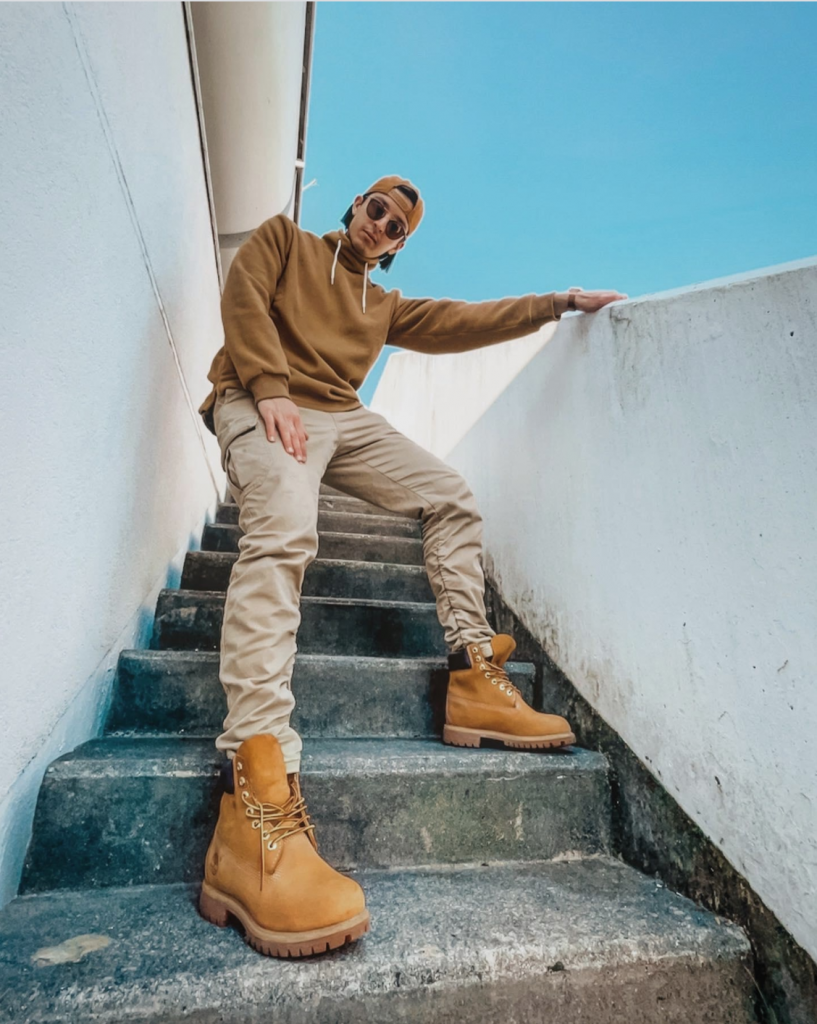 Timberland Expands 63 Percent In Q1
Timberland delivered at 63 percent currency-neutral growth in Q1, tracking ahead of plan. The gains were led by the Americas, up 108 percent; followed by EMEA, ahead 58 percent. APAC was down 22 percent.

Said Rendle, “We’re encouraged by high-teens growth in the Americas and 87 percent growth in digital relative to fiscal 2020 levels.”

Timberland continues to see outsized growth from outdoor, apparel and Timberland PRO, each growing over 75 percent in the quarter. The momentum behind Timberland’s core iconic product also continues with heritage sales being strong demand despite historically low inventories.

Timberland also launched a Take Back program in partnership with Circled to enable consumers to return Timberland products to a brand store to be refurbished for resale or recycled into future products. The program aligns with the brand’s vision announced last fall for products to have a net positive impact on nature by 2030.

Due to the brand’s strong start, Timberland is now expected to deliver modest growth in fiscal 2022 relative to fiscal 2020, passing pre-pandemic revenues beginning with Q2. Previously, VF said it expected Timberland to increase between 16 percent and 18 percent, which implied revenue in line with prior peak levels.

Dickies Climbs 58 Percent
Dickies grew 58 percent on a constant-currency basis in the first quarter, well ahead of plan as the brand kicked off several new campaigns and inventories became more available.

“We’ve been pleasantly surprised by the intensity of sell-through performance across all wholesale partners in the U.S.,” said Rendle. “This acceleration continues to be driven by both work-inspired lifestyle products, which reported strong growth across all three regions, as well as core work items.”

Said Rendle, “Q1 represented a strong start to our goal of returning to double-digit profit margins in the work segment in fiscal 2022.”

Following a strong Q1 performance and accelerating demand signals across channels, Dickies is now expected to expand mid-teens year-over-year in fiscal 2022, representing over 25 percent growth relative to fiscal 2020 levels. Previously, Dickies growth was expected between 10 percent and 12 percent against fiscal 2021 and up about 20 percent from fiscal 2020.

Operating income from continuing operations on an adjusted basis, increased 164 percent (160 percent in constant dollars) to $148 million, including a $32 million contribution from acquisitions.