Inside The Call: Under Armour Sees North America Drive Recovery 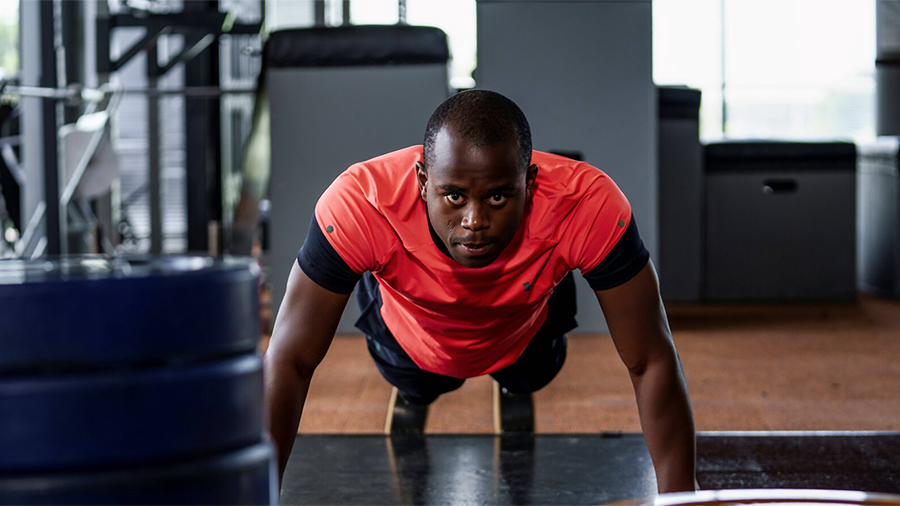 “At the halfway point of 2021, our better than expected results continue to validate that our multi-year transformation is working,” said Under Armour President and CEO Patrik Frisk on a conference call with analysts.

He highlighted Under Armour’s ability to drive “higher quality growth” with gross margins in the quarter improving better-than-expected and overall profitability surpassing pre-pandemic 2019 results. Frisk added, “In fact, diluted earnings per share through the first six months of 2021 are greater than the full year 2019.”

Frisk added that he believes Under Armour is “better positioned today to drive greater returns to our shareholders than we were before the pandemic started” while also noting the pandemic continues to present challenges, including impacting key sourcing areas in Southeast Asia.

He added, “The resiliency we’ve earned over the last year and a half will continue to serve as an asset while we navigate the second half of 2021.”

Wholesale revenue surged 157 percent to $768 million. The gains were driven by broad-based growth as store closures were lapped in the prior year. Additionally, most of the wholesale outperformance was due to stronger sell-through and higher demand in North America. 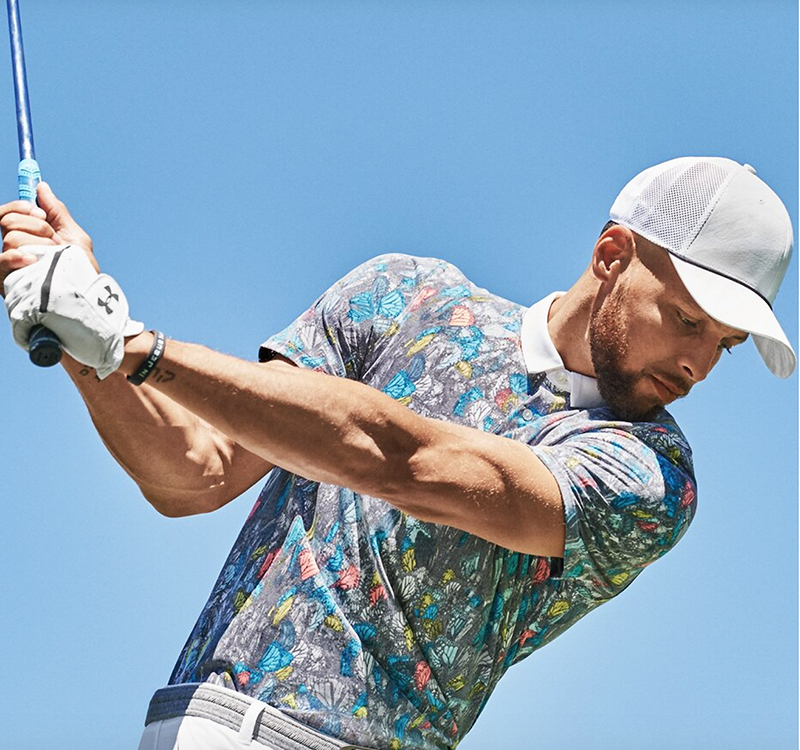 By region, North America’s revenue jumped 101 percent to $905 million. At wholesale, Under Armour’s North America business continued to drive lower markdowns with tighter inventory enabling fuller price sell-through. Within DTC, the performance of owned and operated stores strengthened due to easier comparisons to the prior year when most locations were closed. E-commerce declined due to particularly tough year-ago comparisons.

Within its international business, revenue increased 133 percent in EMEA, up 116 percent currency-neutral), driven by growth in wholesale and DTC with significant strength across wholesale and distributor partners.

Revenues increased 56 percent in Asia-Pacific (up 43 percent currency neutral) with balanced growth across all channels. Sales increased 317 percent in Latin America (up 284 percent currency neutral), driven primarily by lapping year-ago store closures. The Latin America performance will be impacted in the second half, particularly in the fourth quarter, as certain countries transition to distributor models.

Gross margins Beat Plan On Reduced Promotions
Gross margins in the quarter increased 20 basis points to 49.5 percent driven primarily by benefits from pricing and changes in foreign currency offset by channel mix and the sale of the MyFitnessPal platform, which carried a higher gross margin rate. The margin rate was better than expected versus its previous outlook due to lower than planned promotions enabled through higher demand, along with driving more favorable pricing.

SG&A expenses increased 14 percent to $545 million primarily due to increased marketing expenses and costs associated with its owned and operated stores, which were closed most of last year’s comparable period due to the pandemic.

Restructuring charges totaled $3 million in the latest quarter. Since the plan was introduced in April 2020 with a goal of rebalancing its cost base to improve profitability and cash flow, $483 million of the estimated charges of $550 million to $600 million under the plan have been recognized. Under Armour expects to recognize approximately $40 million to $50 million in charges related to this plan in the third quarter.

Inventory was down 26 percent to $881 million. The decline reflects steps to drive inventory efficiencies with some inbound shipping delays due to COVID-19-related supply chain pressures. 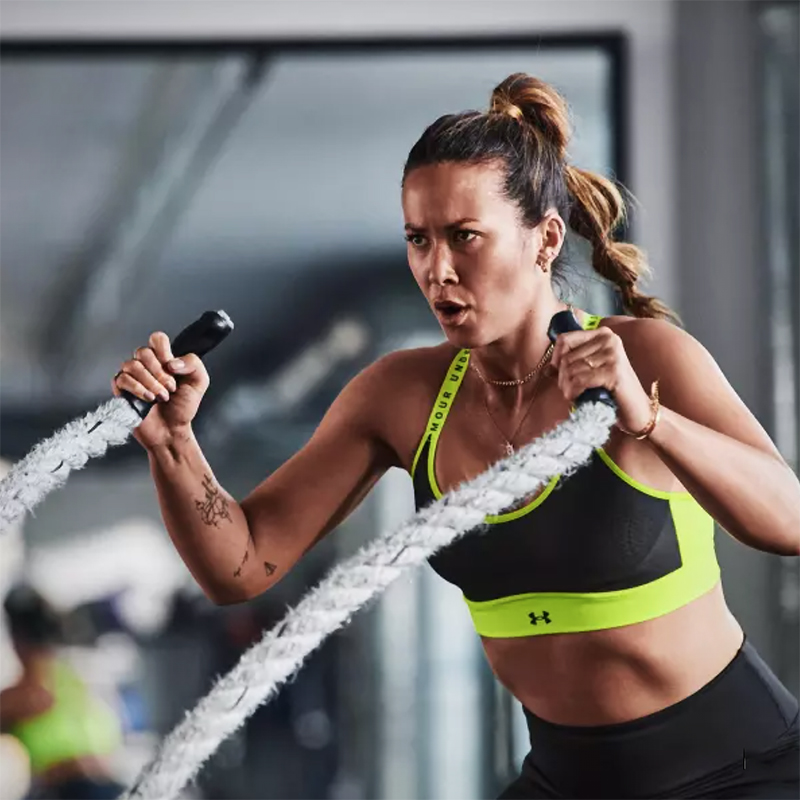 Under Armour’s Four Strategic Pillars
In his commentary, Frisk updated the brand’s progress on its four strategic pillars: Strengthening the Under Armor brand; Improving the operating model; Amplifying a DTC-focused approach; and Increasing its capacity to return greater profitability across the company.

Around strengthening the brand, Frisk elaborated on Under Armour’s plan announced previously to reinvest some of this year’s upside into additional marketing efforts to capitalize on increasing awareness, attraction and consideration for the Under Armour brand.

Third-quarter marketing activations will highlight the importance of mental strength. Said Frisk, “Certainly, coming out of a long stretch of COVID restrictions and as team sports hopefully open up more broadly this fall, we believe this is a timely effort to draw consumers into the psyche that is uniquely Under Armour as we work to make them better.”

On product, highlights in apparel in the quarter included strong sell-through for it Iso-Chill running range, Unstoppable men’s bottoms, Meridian women’s leggings, and across its No-Slip Waistband technology. Bras continued to build on the category’s momentum with “meaningful increases” in Infinity and Crossback products, according to Frisk. Solid results were seen in tops featuring Rush technology. Project Rock built on its momentum with strong responses to new drops.

On improving its operating model, the focus continues to be on execution with a goal of “creating products at the right price and getting it to the right place at the right time,” stated Frisk.

He elaborated on progress across regions against the 2019 period that wasn’t distorted by the pandemic.

North America Sales Climb 11 Percent Versus Q119
In North America, revenue was up 11 percent in the second quarter and about 3 percent for the first half against the comparable 2019 period. Frisk said the improvement reflected Under Armour’s success in driving higher quality revenue through “sharper segmentation, tighter inventory management and delivering consistent service to our customers”

Said Frisk, “All of this, of course, is geared to continuing to lift the Under Armor brand to a more premium level in our largest market, and to that point, as evidenced by our gross margin results, this strategy is working. From a channel perspective, we feel good about the pace we’re earning backspace with our key North American wholesale partners, driving full-price revenue and showing up both digitally and physically in a more comprehensive way than ever before.”

Revenue from our owned and operated stores increased “meaningfully” in North America in the quarter, including improved quality and composition of sales, he continued.

For the full year, the North American business is expected to increase at a low-20s percentage rate compared to 2020. Versus 2019, North America will be close to the same revenue, which reflects less off-price sales, lower discounts and promotions and tighter supply constraints, with the brand’s exit of undifferentiated retail accounts that start in the third quarter.

Said Frisk, “That leaves me confident that we’re setting ourselves up for improving brand-right profitable growth in 2022 and beyond.”

Internationally, revenue in the latest quarter was up at a mid-30s percentage rate versus 2020 or up at a high-20s rate on a two-year stack.

Frisk said its DTC business saw a 33 percent year-over-year increase in revenue for the second quarter and a 32 percent increase for the first half versus 2019. Owned stores benefited from improved traffic trends and higher average selling prices in the quarter, driving better productivity and more normalized promotions,

E-commerce was down in the second quarter due to tough comparisons but up 53 percent compared to 2019. The gains came despite the exit the heavy promotions on the site experienced in 2019 and benefited from platform investments over the last 18 months. E-commerce is expected to increase at a high-single-digit rate in 2021 and be up nearly 50 percent on a two-year stack.

Frisk concluded that the increased guidance reflects the progress the company is making increasing shareholder value over the long term.

“Our strategy to return to profitable brand right growth is working,” said Frisk. “High quality and composition of revenue, including significantly reduced off-price sales and less promotions and discounting, are driving more productive dollars through our P&L. Those factors are contributing nicely to margin improvements and greater EPS demonstrating the results of our transformation and the stronger foundation we have built over the past couple of years.”

Key points related to Under Armour’s full-year 2021 outlook include: