Clarus Corp. significantly lifted its outlook for earnings and sales in 2021 as its bullets business led by Sierra and Barnes showed continued strength and Black Diamond regained momentum.

Black Diamond sales were up 122 percent and the Sierra segment’s sales grew 190 percent or 71 percent excluding Barnes. On a constant-currency basis, total sales were up 141 percent.

Net income in the quarter improved to $1.8 million, or 6 cents, compared to a loss of $2.7 million, or 9 cents, in the same year‐ago quarter.

Adjusted net income, which excludes non‐cash items and transaction costs, increased to $6.8 million, or 20 cents, compared to an adjusted net loss of $1.2 million, or 4 cents, in the same year‐ago quarter. Adjusted EBITDA reached $11.7 million compared to a negative $1.3 million a year ago.

Gross margin improved 280 basis points to 38.2 percent as improvements in the channel and product mix and foreign exchange benefit more than offset unfavorable impacts on the company’s supply chain and logistics due to COVID-19.

On a conference call with analysts, John Walbrecht, president, said the quarter’s sales and adjusted EBITDA marked records for any second quarter in Clarus’ history.  He said, “With the first half of 2021 off to a great start, we believe that Clarus is certainly a more resilient and profitable business than we have ever been.” 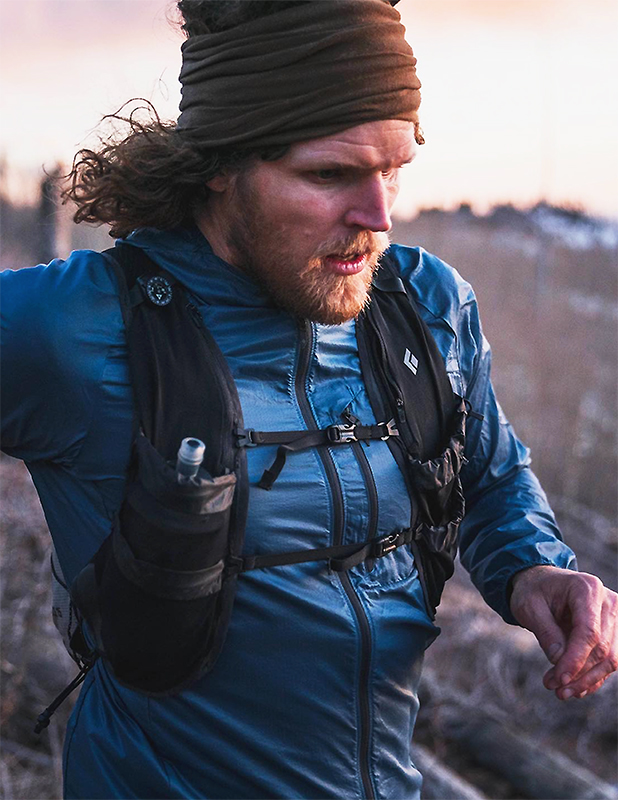 Black Diamond Benefits From Inventory Optimization
Black Diamond’s growth benefited from favorable consumer trends in the outdoor market, particularly compared to the year-ago period when the pandemic emerged and improved inventory allocation. Walbrecht said, “In fact, inventory normalization created the ability for us to accelerate market share gains, particularly within our national accounts such as REI and MEC.”

He said the company overall was able to leverage its “Super Fan,” or leading brand status, to strengthen its relationships with key retail partners and global suppliers. Walbrecht said, “We continue to see evidence that suppliers prioritize the formation of long-lasting and productive partnerships with brands that are best poised for long-term performance, and we believe our brands fit this mold.”

Given the ongoing supply chain challenges, Black Diamond also prioritized product availability in seven of its core products during the quarter. Walbrecht said, “This allows us to isolate the needs of our supply chain on the components that really moved the needle, which allowed us to increase sales and satisfy our retail partners and ultimately our consumers. It’s creative, nimble and deliberate actions like these that have allowed us to stay ahead of our supply chain challenges our peers and the broader industry are facing.”

By category at Black Diamond, Mountain was up 182 percent, Climb was up 90 percent and Ski grew 111 percent. Hardgoods growth of 120 percent was driven by double-digit and triple-digit growth across its product portfolio and, in particular, lighting, climbing shoes, harnesses, T-poles, and gloves. Black Diamond’s footwear and apparel businesses jumped 252 percent and 132 percent, respectively.

Black Diamond’s direct-to-consumer channel accelerated from Q1. The Black Diamond website was relaunched in January. Within e-commerce, the brand is focused on paid digital campaigns centered around social media versus pure search. Black Diamond’s seventh retail location opened in Boulder, CO in July and “is on track to be one of the brand’s top retail stores,” said Walbrecht.

In the Sierra segment, growth was broad-based across both bullets and ammunition.

“The continuation of external demand drivers such as social and civil uncertainties, as well as increased participation in outdoor hunting and indoor shooting ranges, has continued to drive this strong demand for both bullets and ammunition domestically,” said Walbrecht. “In addition to the underlying market tailwinds, we are experiencing success by treating each business as its own discrete and stand-alone brand. This allows for rapid alignment with our retail partners, promotes ease of doing business with the mentality that is driving our market share gains and enables an agile go-to-market strategy focused on the innovate and accelerate mindset.”

Walbrecht noted the company is introducing a three-year planning cycle for each of its businesses.

“Within Black Diamond, we are taking a community-centric approach in ensuring that we employ a customer-backed innovation mindset focusing on resourcing on the brand-defining product categories with large addressable markets while solidifying and optimizing the core,” said Walbrecht. An emphasis on also on “going deeper within our existing distribution, further entrenching our partnership mentality.”

For Sierra and Barnes, a major focus will be on commercializing nearly two years of R&D innovations that were paused during the continuing heightened demand environment and adding additional capacity to support demand.

Clarus also completed the acquisition of Rhino-Rack, an aftermarket automotive roof rack brand based in Sydney, Australia, on July 1. Initial priorities for Rhino-Rack include expanding penetration in North America, which is expected to become the largest geographic region over time, organically growing in its core Australia and New Zealand markets and using Clarus’ distribution network to expand Rhino-Rack in other regions.

Inventory Investments Accelerated
Inventory levels were at $82.7 million, roughly 21 percent higher than at the start of the year. Aaron Kuehne, CFO, said, “We continue to work with our supply chain partners to dynamically manage our inventory levels to seek to meet demand.”

Clarus is also using its healthy balance sheet to take more control over its supply chain, which has reduced constraints on product availability, particularly in core categories. For instance, an additional $10 million of inventory at Black Diamond is being carried in an effort to offset the current elongated process of moving inventory from its supply chain partners to warehouses.