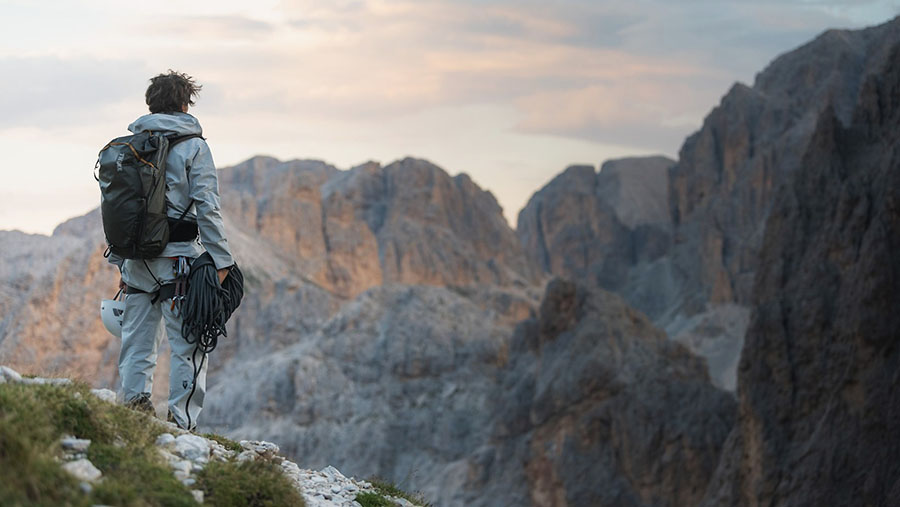 At the SportChek segment, total sales, including the contribution from franchises, were Canadian $396.7 million in the quarter against C$370.1 million a year ago, representing a decline of 7.2 percent.

The segment includes SportChek, Hockey Experts, Pro Hockey Life, Sports Experts, National Sports, Intersport, and Atmosphere. The segment had 397 stores against 400 at the same time a year ago.

Comp sales in the first quarter climbed 18.7 percent against a 1.8 percent decline a year ago.

The SportChek segment’s retail sales, which excludes sales from franchises, were up by 10.0 percent, driven by strong sales in the second half of the quarter in outdoor categories led by Cycling, Footwear and Kids clothing.

On a conference call with analysts, Gregory Craig, EVP and CFO, said SportChek saw an “exceptional performance” in March as customers returned to stores, and the banners faced easy comparisons against late March when stores initially closed when the pandemic emerged. The month of March accounted for 50 percent of SportChek’s sales in the quarter.

“With the early arrival of spring, we saw record sales in cycling, as well as strong demand in fitness-related categories, such as athletic footwear and kid’s apparel,” said Craig. The gross margin rate at SportChek improved due to lower promotional activity.

Helly Hansen’s revenues improved 12.2 percent to C$136.3 million from C$121.5 million a year ago. Craig said,” At Helly Hansen, we were pleased with their internal revenue growth of 12 percent, driven by the strength of the e-commerce channel, which more than doubled compared to a year ago, and double-digit increases in our footwear business.”

Retail revenues expanded 16.7 percent to C$3.32 billion, with comparable consolidated sales up more than 19 percent across all banners.

On the call, Greg Hicks, president and CEO, said that with ongoing stay-at-home restrictions and Canadians unable to travel for March vacations, the retailer’s credit card data showed a shift away from travel and entertainment categories with spending increasing across its banners.

“With an early start to spring in many parts of Canada, customers quickly shifted to thinking about outdoor sports equipment for spring and summer, outdoor living and bikes,” said Hicks. “As such, we saw an increase in purchases of items like patio sets and products from our backyard fun and gardening categories, driving an increase of more than C$100 million across our Seasonal, Living and Playing divisions.”

Automotive categories at CTR were up as Canadians prepared for summer at home or on the road in Canada. Given the “tremendous demand” for bikes last year, CTR’s buyers ordered aggressively this year and increased share in the category. Hicks said, “This is proving to be a differentiator for us in the market and contributed to increasing own brand penetration.”

Across Cycling categories at CTR and SportChek, the Bike business was up over C$50 million compared to last year. He added, “Our timing was perfect for the launch of Raleigh, our newest owned brand at CTR, and Diamondback, our owned brand for bikes, accessories and apparel at SportChek.”

Another highlight across banners was e-commerce, as the company handled 4.5 million orders across banners, almost three times the volume compared to last year. The company’s websites saw 167 million digital visits, representing an increase of more than 60 percent over last year. A total of 1.4 million more customers signed up on Canadian Tire apps.

Buy online, pick up in-store (BOPIS) supported the online growth, representing 90 percent of online orders at SportChek and 57 percent at Marks. SportChek and Marks only introduced in-store pickup in the third quarter of last year.

Inventories were up C$128 million year-over-year, primarily driven by higher seasonally anticipated customer demand at the flagship Canadian Tire chain, partially offset by lower inventory at SportChek due to strong sales growth compared to the prior year. Officials noted the challenges presented by the widespread shortages of categories such as bikes and exercise equipment.

Looking ahead, Hicks said the company sees “solid topline momentum in all corporate banners” in April through mid-May as the chains anniversary year-ago significant temporary store closures. Sales at the flagship CTR chain are up double-digit quarter-to-date.

“We have robust inventory levels in place to meet the current demand,” said Hicks. “We expect spending in some categories to ease as we move through the third and fourth quarters and as we cycle a very robust Q3 and the highest Christmas on record in Q4.”

He added that there remains uncertainty around how quickly the current restrictions on retail will be lifted.

“I know everyone feels more than ready to be done with the pandemic,” said Hicks. “Unfortunately, it’s not done with us. Not yet, anyway. Although we continue to find ourselves operating amidst a high degree of uncertainty and volatility and consumer shopping behavior, what we do know is that our brand is in an extremely strong position. We have fantastic assets run by great people. We are well-positioned to create value over the long-term.”