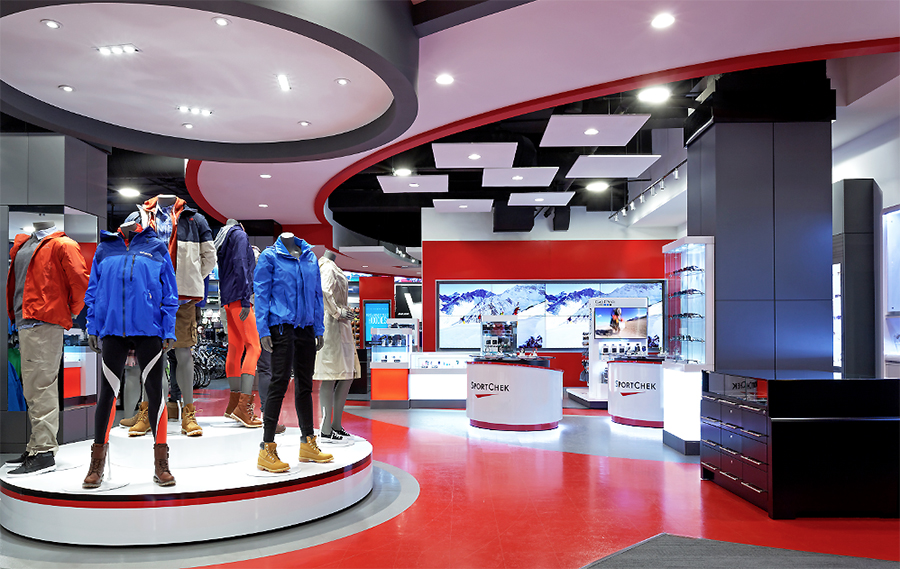 Gregory Craig, EVP and CFO, on a call with analysts that the double-digit gains at SportChek benefited from operating in a less restrictive environment compared to the nationwide closures a year ago.

Improved product availability remains a focus at SportChek and in-stock level perceptions from customers saw “significant improvements” in the quarter, he said.

In the 2020 second quarter, 398 stores across the SportChek segment closed on March 19 and began reopening from May 4 through June 24.

Total sales at the SportChek segment, which includes the contribution from franchises, were Canadian$453.4 million in the latest second quarter against C$306.7 million a year ago, representing a gain of 47.8 percent. The total comparison includes stores that were closed in each period.

Companywide, Canadian Tire’s reported EPS of C$3.64 was well above last year’s diluted loss per share of 33 cents and 27 percent higher than the 2019 level of C$2.87. Normalizing for C$7 million in operational efficiency charges, EPS was C$3.72 in the quarter compared against the normalized loss per share of 25 cents in 2020.

Excluding petroleum, retail revenue increased $612 million, or 23 percent, to C$3.6 billion versus the prior year. Consolidated revenue was up 20 percent to C$3.9 billion.

Overall comparable sales growth of 3 percent was fueled by strong growth against last year’s closures at Marks and SportChek. On a consolidated basis, retail comparable sales across all banners were up 15 percent over 2019. Normalized income before taxes was up $275 million in retail, marking four quarters in a row of strong retail earnings.

The flagship CTR banner was the most significant driver of growth with revenue up C$321 million or 16 percent. CTR sales were up 18 percent over 2019, driven by comparable sales growth in over 70 percent of its categories.

Seasonal categories drove a significant share of the growth at CTR as stores were replenished following the strong start to spring/summer season in Q1. Non-seasonal categories in its living and fixing business were softer as home-centered activities have become less of a focus for customers.

Overall comps at CTR were down 2 percent in the quarter due to the Ontario restrictions but ahead 18 percent compared to the second quarter of 2019. Some recovery was seen at CTR in June with fewer in-store restrictions.

The strongest category performance at CTR was gardening as garden centers were not impacted by the closures in Ontario. The lifting of retail restrictions and resumption of car travel within Canada led to an uptick in CTR’s automotive,  outdoor adventure and tire businesses.

At the Marks banner, same-store sales grew 43 percent year over year and were up 1 percent against 2019. Like SportChek, Marks faced more restrictions in the year-ago period than the flagship CTR banner. Marks saw strong performance in men’s and ladies, industrial footwear and workwear. Canadian Tire’s-owned Helly Hansen brand was a big driver in workwear for Marks, climbing 24 percent over 2020.

Marks is continuing to grow its appeal to younger demographics, noted by strength with national brands such as Saks, Levi’s, Carhart, Timberland PRO and Skechers.

Retail margin dollars, excluding petroleum, increased C$314 million, or 42 percent, while the margin rate, excluding petroleum, was up 425 basis points. Increased full-price selling and a more targeted approach to promotions was a significant contributor to margin improvements across the banners. At CTR, a more favorable product mix reflected higher contributions from the more profitable, seasonal categories, and higher penetration of owned brands. At SportChek and Marks, stronger contributions from in-store sales and a shift to the buy-online, in-store pick-up led to further improvements in margin.

Hicks said the quarter’s performance reflects its investments in omnichannel capabilities. On a consolidated basis, e-commerce sales for the quarter totaled more than $850 million as the company doubled online order volume compared to the year-ago quarter. Across banner sites, Canadian Tire handled upwards of 196 million visits and processed close to 9 million orders in the quarter, double what the company processed in Q1 and up 38 percent year over year.

Said Hicks, “A good portion of these orders are fulfilled through our curbside pickup service, which is delivering a highly=competitive turnaround time and customer experience.”

Another highlight was the nearly 600,000 new members who joined Canadian Tire’s Triangle Rewards program. The gains come on top of the 1.8 million new members who joined the program in 2020. HIcks said many of these new members are younger than average members and more likely than to shop multiple banners. They’re also spending on average more than 2018 and 2019 cohorts at the same point in their membership lifecycle. Said Hicks, “This is becoming a major differentiator for us. By growing these customer connections to our brand and translating our rich customer data into insights and ultimately action, we continue to connect with our customers in a more meaningful way.”

To further enhance its supply chain capabilities and flexibility, Canada Tire has acquired for C$40 million a 25 percent stake in Ashcroft Terminal Limited, a 320-acre inland transload and storage terminal in British Columbia. The investment is expected to drive improvements in its network lead time and fulfillment performance, which are core to its domestic supply chain strategy, while reducing carbon emissions by shifting volume from trucks to rail in Western Canada,

At the end of Q2, inventory was up C$454 million against much lower levels in 2020 due to strong sell-through. Inventory levels were also up C$290 million, or 13 percent, higher than 2019 levels primarily as a result of higher inventory levels at CTR to support demand for the third quarter.

“Concerns around the availability of shipping containers has led us to secure product earlier and we are comfortable with the level of inventory on hand as we’re in a strong position to meet both dealer and consumer demand,” said Craig.

Looking ahead, Hicks said the third quarter started with stores back open in Ontario but facing capacity restrictions. The first part of the quarter was also challenged by some weather variability. He said the company faces tough comparisons against the year-ago third quarter when comps at the CTR banner grew 25 percent over 2019. However, so far, sales are running flat year over year.

Said Hicks, “It’s still early in the quarter with a lot of game to play. However, we are holding sales relative to the retail sales we experienced in 2020.”