Inside The Call: Rocky Brands CEO Lays Out Reasons For “Outstanding” Quarter 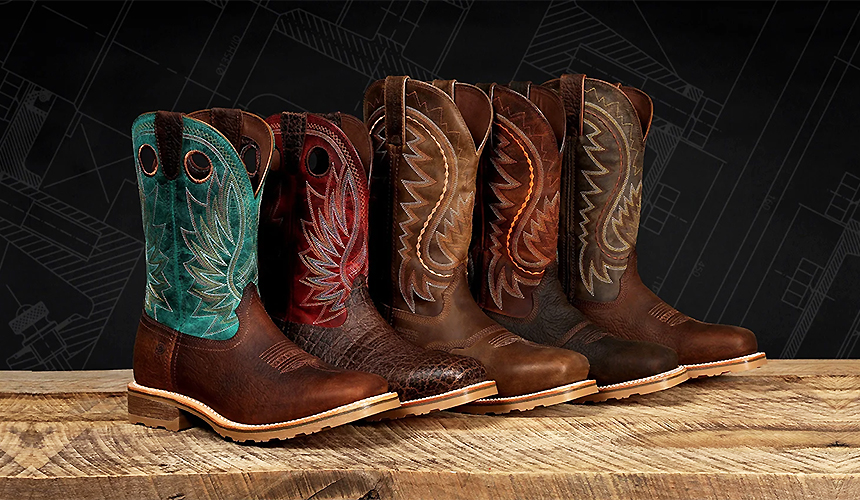 Rocky Brands, Inc. saw trends in its wholesale business “bounce back nicely” in the third quarter and that resurgence, combined with the “continued strength” in its DTC channels, led to an outstanding quarter from both a top and bottom-line perspective.

Company President and CEO Jason Brooks said on a conference call with analysts that “sell-through started to pick up in June as the number of new [coronavirus] cases started to slow and stores reopened.” He said the momentum accelerated as they moved into the third quarter, “driven by strong full-price selling.” This followed a challenging second quarter when many of Rocky’s retail partner stores were “either closed or experiencing reduced traffic levels due to COVID-19 restrictions.”

Brooks went on to say that the Work category, the company’s largest segment, was up 20 percent, led by Georgia Boot. He said the brand’s new collections performed “very well at key retailers like Tractor Supply, Boot Barn, Coastal Farm & Ranch, along with many of our smaller independent accounts.” He said they have also seen interest spike in several of Georgia Boot’s core items such as the Romeo and the Giant, “driven by more casual work from home policies that are still in effect in many parts of the country.” Brooks said the Western category experienced “a dramatic turnaround from the second quarter, increasing 27 percent year-over-year.” He also said consumer shopping in stores and online responded “very favorably” to the Durango brand’s new series including the Rebel Pro and the Maverick. Kids’ product was also said to be a huge hit recently as have the U.S.A. and Texas flag boots.

The Rocky brand reportedly had another solid quarter, according to the CEO. “Our outdoor business has held up well during this pandemic as travel restrictions have kept people closer to home and social distancing requirements have benefited outdoor activities,” explained Brooks. He said sales were also helped by several compelling new products introduced this year, particularly with its Rubber Boot category which, he said, has resonated strongly with its core consumer. Rocky Western reportedly saw strength across its entire customer base, thanks to key product introductions like the Legacy 32 Boot and expanded programs with many major independent accounts.

Military segment sales for Q3 were $5.3 million compared to $5.4 million in the third quarter of 2019. The Rocky Commercial Military division reportedly posted a “substantial year-over-year increase” which, Brooks said, was due, in large part, to its work with Atlantic Diving Supply or ADS supplying military footwear forces to several bases around the world with an insulated waterproof S2V boot. “This great partnership also yielded a large order with the U.S. Marine Corps for our popular tropic weather boot,” said Brooks.

Retail sales for the period increased 11.4 percent to $16.1 million from $14.5 million in the prior-year period. Brooks explained that “strong growth in their e-commerce channel, which consists of both its branded websites and online marketplaces, fueled another double-digit gain in the quarter.” Total web sales were said to be up 50 percent with Georgia, Rocky and Durango all increasing in strong double-digits. “Even as consumers resume shopping at brick & mortar retail in greater numbers, we continue to see increased engagement online with both existing and new customers,” he concluded.

Gross margins in the Wholesale segment were 37.1 percent of sales, while the Retail business delivered a 46.7 percent margin and the Military segment saw a 26.6 percent gross margin.

Cash and cash equivalents at quarter-end totaled $19.9 million compared to $6.4 million at the end of Q3 2019, an increase of 210 percent. RCKY ended Q3 this year with no debt and $71 million in a variable borrowing capacity on its credit facility. Inventories at September 30 were $80.7 million, or down 2.7 percent from $82.9 million at the end of the third quarter last year. The company said its inventory is in very good shape with the majority being core product in line from year-to-year.

Assuming there is not another wide-scale lockdown due to COVID-19, Rock Brands expects its business to be up in the fourth quarter led by a continued resurgence in its wholesale business; however, its rate of growth on a year-over-year basis is expected to be below Q3 as RCKY will not benefit from the initial pent-up demand experienced in the start of the third quarter when stores were just starting to reopen.

“Our recent performance, amid the ongoing health pandemic, underscores the strong consumer connections we forged and the desirability of our product lines,” explained Brooks. “The importance of our brands are our wholesale partners and the work we’ve done creating a more nimble and efficient organization that has been able to quickly adapt to the changing market conditions.”