Inside the Call: On Tackles Supply Chain Constraints Amid Hyper Demand 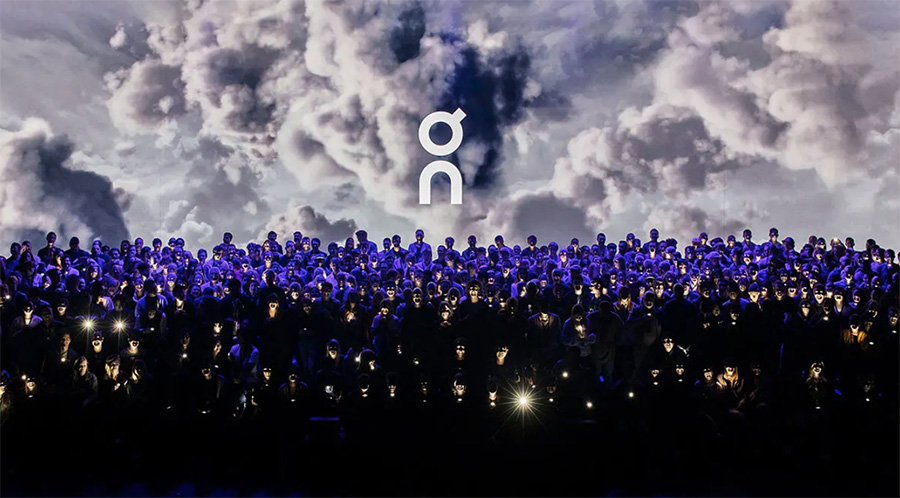 On Holding AG, in its first report since going public, reported third-quarter results that far outpaced Wall Street’s targets. The Swiss-running shoe company also provided a bullish outlook for the full year and 2022 despite the warning that supply chain constraints would cap growth over the next three quarters.

One result of limited product availability in the near term is that its spring/summer season product will shift from the fourth quarter to the first quarter.

On a call with analysts, Martin Hoffmann, co-CEO and CFO, said results for the fourth quarter and the first half of 2022 would be “constrained” by supply chain challenges that On believes are temporary. Mitigation efforts around factory closures have been “accentuated by very volatile freight and distribution costs,” driven by higher freight and shipping charges and higher warehouse labor expense, he added.

A strong rebound in revenues was projected for the second half of 2022. Hoffman added, “We see the demand clearly above the available supply.”

Elaborating on the supply chain challenges, Hoffmann said government-mandated factory closures in south Vietnam impacted about 70 percent of On’s production capacity in the quarter to slow the spread of COVID-19. As of Tuesday, the accumulated loss of capacity in the affected region is approximately 12 weeks.

The closures started in July. By the beginning of October, a gradual reopening and ramp-up started.

Said Hoffmann, “Our key message today is that all factories are open since early November and, as of this week, operate at more than 80 percent of our planned production capacity. To put this number into perspective, it is very important to highlight the fact that our planned production capacity was based on the anticipation of the continued hyper-growth in 2021 as well as in 2022 versus those goals.”

Shares of On in mid-day trading Tuesday were up about 22 percent in the over-the-counter market.

Supply Chain Mitigation Measures
To mitigate the impact of supply chain challenges, On is reallocating and prioritizing products across all factory partners and using air freight to balance inventory levels against strong demand. In addition, On has secured a significant amount of additional production capacity at two new factory partners in Indonesia.

The increased use of air freight is expected to be a headwind to gross margins of approximately 900 to 1000 basis points in Q421 and in Q122. On is also working closely with our retail partners “to maximize the number of products available to our end consumers,” including employing holistic management of all available inventory and adjusting launch dates for new products.

Bullish Outlook
Regarding its outlook, Hoffmann said that given the current uncertainty in the supply chain, it will “prioritize top line over profitability in order to protect our retail partners and our growth.”

On did not provide guidance for the fourth quarter, but Hoffman said its outlook reflected supply restrictions in the last three months of the year and the shift for the spring/summer product launch into the first quarter.

Looking beyond 2021, a sales decline projected in the first half is expected to offset a return to strong growth in the second half. Hoffmann said, “We are very confident that the supply chain challenges, especially the supply chain constraints, are temporary and that we should fully focus on our long-term growth opportunities. Especially in half-year one, we expect net sales to be adversely impacted, and final product availability depends on the continued factory ramp up and availability and cost of air freight capacity. Currently, we expect a return to hyper-growth in the second half of the year.”

For 2022, sales are expected to reach at least CHF 960 million, representing a year-over-year increase of 35.2 percent.

Hoffman said On’s “internal ambition is higher,” and guidance may be adjusted in the new year as better visibility is gained into the ability to secure additional production capacity.

He added, “To be very clear again, we are experiencing a transitory supply shortage, not a demand issue. This is not a new situation for On over the last decade. The strong demand for the On brand has regularly outpaced supply, and we have experience turning this into an advantage for On by tightly controlling distribution to ensure sustainable quality growth. In the first half of 2022, we will face supply shortages on certain products that are higher than what we would like, and not all consumers will have the ability to buy exactly the product they are looking for. However, we believe in the long run it will only increase the desirability of the On brand.”

Adjusted EBITDA for 2022 is expected to be CHF 125 million, representing an adjusted EBITDA margin of 13.0 percent and growth of 35.8 percent over projections for 2021. Tight control of SG&A expenses is expected to partially mitigate higher freight and distribution expenses.

The supply chain challenges arrive as On delivered blockbuster results in its first quarter as a public company.

By region, the gains in the quarter were led by North America, up 82.6 percent to CHF 112.2 million. The continued acceleration of demand in North America is reflected in the fact that DTC sales grew twice as fast as wholesale.

Among product highlights, Caspar Coppetti, co-founder and executive co-chairman, said the Cloudboom Echo, worn by many athletes during the Olympic games, delivered “incredible results” and was worn by Helen Tula as she took third place in the Berlin Marathon. The Cloudstratus is also helping On capture more market share in the performance run category while the Cloudflyer “continues to have very strong momentum.”

In lifestyle footwear, The Roger, Roger Federer’s signature shoe, “is developing very well” with Federer recently unveiling a limited-edition in Boston that sold out within hours. The new Cloudnova is also seeing a good response. Coppetti said, “Both the Roger and Cloudnova are attracting a younger, urban and fashion-conscious consumer to On.”

On the sustainability side, On in early November unveiled a new foam material, CleanCloud, made using carbon emissions as a raw material. Coppetti said the goal is to exchange all bottom units from On shoes currently made from EVA to the new foam.

Regarding wholesale initiatives, Coppetti noted that On during the quarter piloted a collaboration with Foot Locker and JD Sports at selective prime locations. He said, “Both pilots have proven that our products strongly resonate with an even younger consumer group and we are excited to continue both partnerships while maintaining On’s premium distribution.”

Other wholesale highlights include the launch of its first-ever trade execution of a new premium On retail concept at Harrods in London featuring a mini-version of its On store concept. During China’s Singles Day event, On products sold on Tmall.com and JD.com increased by over 500 percent.

Coppetti said On will continue to scale its DTC business, which now includes a New York City flaghip, six stores in China and e-commerce. He noted that DTC remains “highly complementary” to its wholesale channel and increases brand awareness. He said, “We will continue to invest in expansion across both channels.”

Gross margins increased year-over-year from 54.5 percent in Q320 to a record 60.2 percent in Q321. Hoffmann said, “This is broadly in line with the strong results we have seen in the previous two quarters and another validation of our long-term target. The increase primarily reflects lower customs costs related to the free trade agreement between Vietnam and Europe, lower sourcing costs and the very low share of air freighted products in Q3.”