Inside The Call: Hoka Shines Again In Deckers Brands Q2 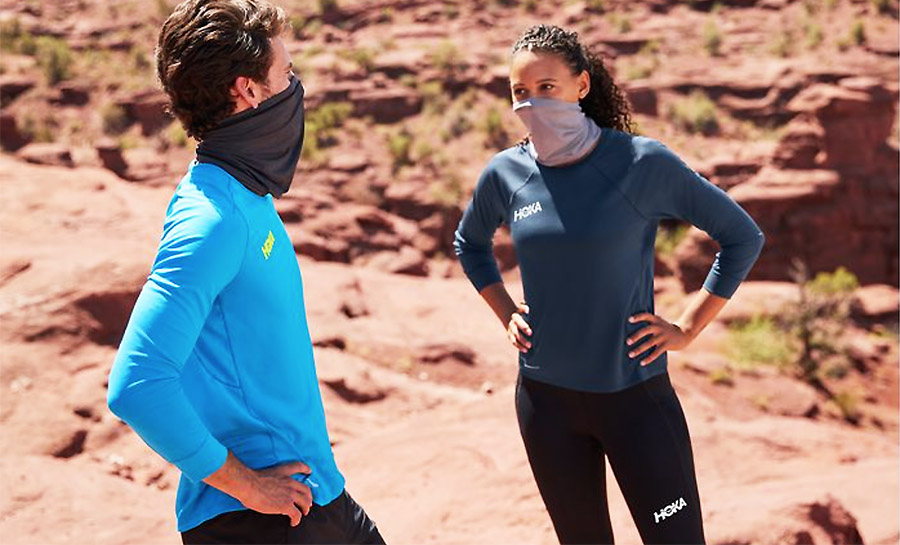 Deckers Brands said Hoka One One’s sales surged 83.2 percent in the second quarter ended September 30 and the running brand is now on track to reach its milestone of $500 million in annual sales by fiscal year-end. Coupled with a strong recovery for Ugg, Deckers’ quarterly results far exceeded Wall Street’s targets. Officials, however, warned that inventory shortages could curb growth over the holiday quarter.

In the quarter, sales climbed 15.0 percent to $623.5 million against Wall Street’s consensus estimate of $553.62 million. On a currency-neutral basis, sales increased 14.1 percent.

By channel, wholesale sales increased 1.8 percent to $451.6 million. DTC (direct-to-consumer) sales jumped 74.2 percent to $171.9 million with comparable sales catapulting 86.2 percent. Approximately 95 percent of its own retail stores were open for the entire second quarter and as of this week, all stores are open.

Gross margin improved 80 basis points to 51.2 percent due to favorable channel mixes, DTC increasing as a proportion to the total business, favorable brand mix with the sizeable increase in Hoka volume, and benefits from favorable exchange rates.

SG&A expenses rose 8.2 percent to $190.4 million due to higher marketing and warehouse costs. As a percent of sales, SG&A expenses were reduced to 30.5 percent from 32.4 a year ago.

On a conference call with analysts, Steven Fasching, CFO, said the company benefited from changes in consumer lifestyles as a result of the pandemic.

“Ugg has benefited from consumers working and learning from home, as the brand has been known to provide consumers with a feeling of comfort and security, and at the same time, Hoka benefited from its increasing awareness and positioning within the expanding active category,” said Fasching. “These trends helped drive attention to the work our brands are doing and created awareness of our innovative line of products.”

Said Powers, “With brands and products are resonating with a larger and more diverse audience, we’re experiencing high conversion rates and strong selling at full retail price, which will set the stage for future growth.”

Hoka Benefits From Efforts To Reach Non-Core runners
Powers said Hoka’s performance was driven by greater brand and product awareness, combined with compelling product refreshes and a fast replenishment cycle. The brand is seen particularly benefiting from efforts to broaden its appeal beyond core runners.

Updates to several key franchises, including Clifton, Rincon and the BONDI, helped Hoka’s domestic wholesale return to strong growth in the second quarter after being impacted by COVID-19-related store closures in the fiscal first quarter. Delays in the first quarter of certain product launches to allow wholesalers to clear existing product supported second-quarter growth.

Among franchises, the Clifton earned favorable press in Vogue, Gear Patrol, GQ, and SELF; and the Rincon recently earned Runner’s World “Best Value” Award in their autumn/winter shoe guide. The BONDI 7, which features Hoka’s most inclusive size range, has been Hoka’s top-selling style since its September launch.

Globally, Hoka customer acquisition and retention online increased 81 percent and 92 percent respectively, as compared to last year. While minimal compared to the U.S., Hoka’s international DTC sales have increased more than 150 percent in the first half of the fiscal year. Said Powers, “Growing the brand’s global online business is especially important as the inability to hold in-person events persist. We’re dedicating marketing spend to build a Hoka audience online and stay relevant with existing consumers, through compelling product innovation.”

Powers added that with the “brand heat in demand we’re experiencing right now,” Hoka has the potential to reach $500 million in sales this fiscal year. The CEO added, “The rapid acceleration of Hoka reaffirms our confidence in the brand’s aspirations to eclipse the $1 billion mark over the longer term.”

The Fluff Yeah slide remained Ugg’s top-selling style from both the total peers’ perspective, as well in terms of wholesale sell-through. New introductions during the quarter included the Disco Slide and Fluffita, which were both among the top-10 styles purchased by customers aged 18 to 34-years old. Sixty-percent of online purchasers of the Classic Clear Mini have been 18- to 34-year-olds.

Collaborations with Victoria’s Secret Pink Ambassador program and Nordstrom on exclusive product are also supporting Ugg’s growth. Nordstrom is putting a big push behind Ugg’s first ready-to-wear apparel collection. Powers said, “Given the positive response from primarily younger consumers, we feel this speaks well to the long-term lifestyle opportunity for Ugg and our teams are already working to expand ready-to-wear with additional products and partners.”

Also supporting more balanced growth was progress in men’s and kids’. Men’s has seen a strong start to fall with Neumel sell-through up over 150 percent and heritage slipper styles such as the Ascot, Tasman and Scuff remaining top sellers. Kids is benefiting from successful take-downs of adult product, including the Neumel. Fluff Yeah Slide and Classic Clear Mini.

The domestic gains were driven by DTC growth due to continued customer acquisition online and sequential improvement in retail performance as compared to the first quarter. Domestic Ugg wholesale revenue decreased as orders were conservatively adjusted at the height of the pandemic and Ugg shifted open a buy with retailers toward lower-priced products such as slippers, Fluffs and kids footwear. The wholesale revenue decline was somewhat tempered by a global effort to shift Q3 shipments forward with a focus on DTC fulfillment.

Internationally, revenue declined as expected for the first half of fiscal 2021, primarily due to efforts to reduce core product in the marketplace.

Teva Retains Top Market Share Position As Outdoor Water Sandal
Teva’s 20.5 percent growth in the quarter was fueled by a 78 percent increase in acquired customers online. Said Powers, “Teva is turning out to be the go-to brand for the modern outdoor consumer, highlighted by the brand’s founding roots in the Grand Canyon.”

He said year-to-date through September, Teva maintained its position as the top outdoor water sandal brand in the U.S. in terms of market share and saw a 76 percent year-over-year increase in purchasers aged 18 to 34 years old, which was already the brand’s highest indexing age bracket. Powers said, “Looking to fall, Teva is focused on capturing continued wallet share from this demographic to the brand’s expanded hike and camping collections. Teva is already experiencing a surge in demand for the brand’s Ember Moc franchise, both online and with key wholesale partners such as REI, where product will be featured across all doors in their fleet.”

Sanuk Impacted By Department Store Weakness
Sanuk’s decline reflects a soft department store channel. Powers said the brand saw a recovery within surf specialty as coastal towns have seen increased outdoor participation. Powers added, “Importantly, Sanuk posted a second consecutive quarter of robust direct to consumer growth, which was helped by a 40 percent increase in customer acquisition online. We are excited to receive feedback from the brand’s online audience as Sanuk will be introducing new product innovations in the coming months.”

Koolaburra, a mid-market brand similar to Ugg, increased market share with top wholesale retail accounts and improved category diversification through the expansion of men’s and kids’ product. A Koolaburra loungewear collection was launched with QVC. Said Powers, “Last year Koolaburra established itself as the top brand in the sub $100 category which competes within the family value channel and will look to maintain that position by building incremental market share this holiday season.”

Inventory Constraints To Potentially Restrain Holiday Selling
Looking ahead, Deckers expects to be able to continue to benefit from many of the opportunities being presented by the pandemic, including the acceleration to e-commerce and the brand heat being created by changes in consumer behavior. However, given the ongoing uncertainty created by the pandemic, it decided not to reinstate its outlook for the year.

Deckers’ officials further said many of the challenges presented by the pandemic will be exacerbated in the holiday quarter. In-store purchase in the October-through-December period typically represents two to three times the volume of any other three-month period for the company.

Inventories were down 13.4 percent year-over-year to $484.1 million at the quarter’s end due to Hoka’s momentum and record levels of demand and product sell-through rates at wholesale for Ugg as well as moves to reduce inventory buys at the outset of the pandemic to reduce risk. Fasching said although the company is comfortable with current inventory levels given the uncertain climate, key styles may run out faster than anticipated.

“We may see demand outpace supply with certain product,” said Fasching. “In these cases, we will be challenged with meeting the in-season demand, but at the same time, it will continue to drive brand heat, encourage full-price selling and result in a clean marketplace for the fourth quarter and beyond.”

Other potential headwinds facing the peak holiday selling season include pressure from shipping constraints with third-party providers, higher costs associated with its own warehouse operations in the current environment, and increased marketing cost to capitalize on the momentum of our brands and stay top of mind with consumers.

As a result, Deckers said Ugg revenue in the back half of its fiscal year may fall below last year levels “if the brand is up against potential capacity constraints, some earlier shipments into Q2, retail traffic pressure and continued work with our international business reset,” according to Fasching. Hoka’s growth is also expected at a lower rate than experienced in the first half due to inventory constraints. 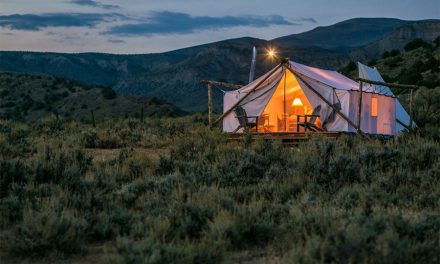 Collective Retreats Is Much More Than A Place To Sleep 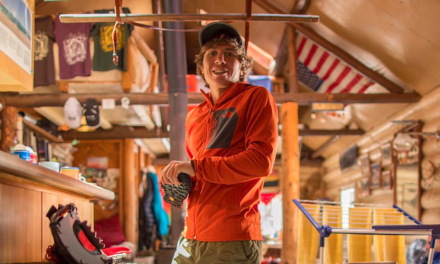